Republican congressman jokes: "Ruth Bader Ginsburg came out that she was groped by Abraham Lincoln"

"Did y’all hear this latest late-breaking news from the Kavanaugh hearings?” Norman asked the audience at a debate 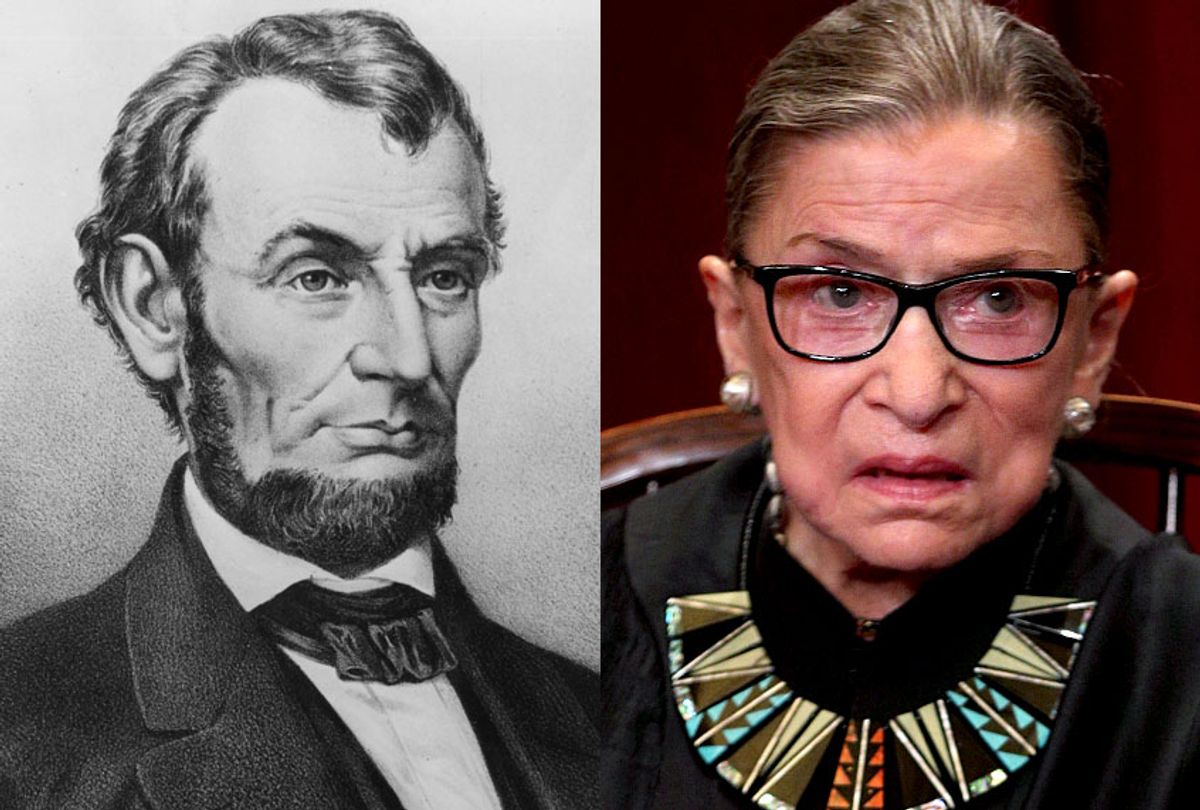 Of course, given that his Democratic opponent has admitted to having beaten his wife in the past, it is unlikely that Norman's opponents would be able to effectively spin those remarks against him.

"Did y’all hear this latest late-breaking news from the Kavanaugh hearings?” Norman asked the audience at a Kiwanis Club debate Thursday, according to The Post and Courier. "Ruth Bader Ginsburg came out that she was groped by Abraham Lincoln."

After he began to take heat for his remarks, Norman defended himself on Twitter by arguing that his comments were "meant to add a bit of levity to a very serious debate" and claimed that they "point to the circus-like atmosphere that Washington DC has become."

"People really need to learn to lighten up," he added. "Clearly my opponent understood it that way since for the next hour we engaged in a substantive discussion about our many differences without mention of my comments."

Of course, part of the problem is that Norman's opponent is Archie Parnell. To understand why, here is an excerpt from a Post and Courier article about Parnell's own past history of domestic violence:

In October 1973, Archie Parnell, then a University of South Carolina student, was locked out of some friends’ apartment to protect Kathleen Parnell, who was staying there. At 2 a.m., Archie Parnell used a tire iron to break a glass door, the complaint said. He made more unspecified accusations to Kathleen Parnell before striking her several times. She said she was beaten again later that evening.

After the “acts of physical cruelty,” Kathleen Parnell said she feared for her life and did not want to stay married. She obtained a restraining order against Archie Parnell after seeking the divorce, according to court documents. The divorce was finalized in early 1974.

Confronted with the court records by aides last week, Parnell did not deny the allegations. But even as his staff fled the campaign en masse, he refused to drop out of the race Monday.

Needless to say, this history came up when Parnell criticized Norman for his joke. (He proclaimed: "My opponent apparently thinks sexual assault is a joke. It is not. But I guess that’s the best we can expect from someone who pulled a loaded gun on his own constituents.")

"The joke is Democrats running the same old playbook of last minute attacks against conservatives, while at the same time supporting a candidate for Congress that actually did commit assault against a woman," declared Republican chairman Drew McKissick.

Norman also took a swipe at Parnell's controversial past. "Perhaps we should have a debate about your own abuse and harassment of women, Parnell," Norman said after hearing about Parnell criticizing him.