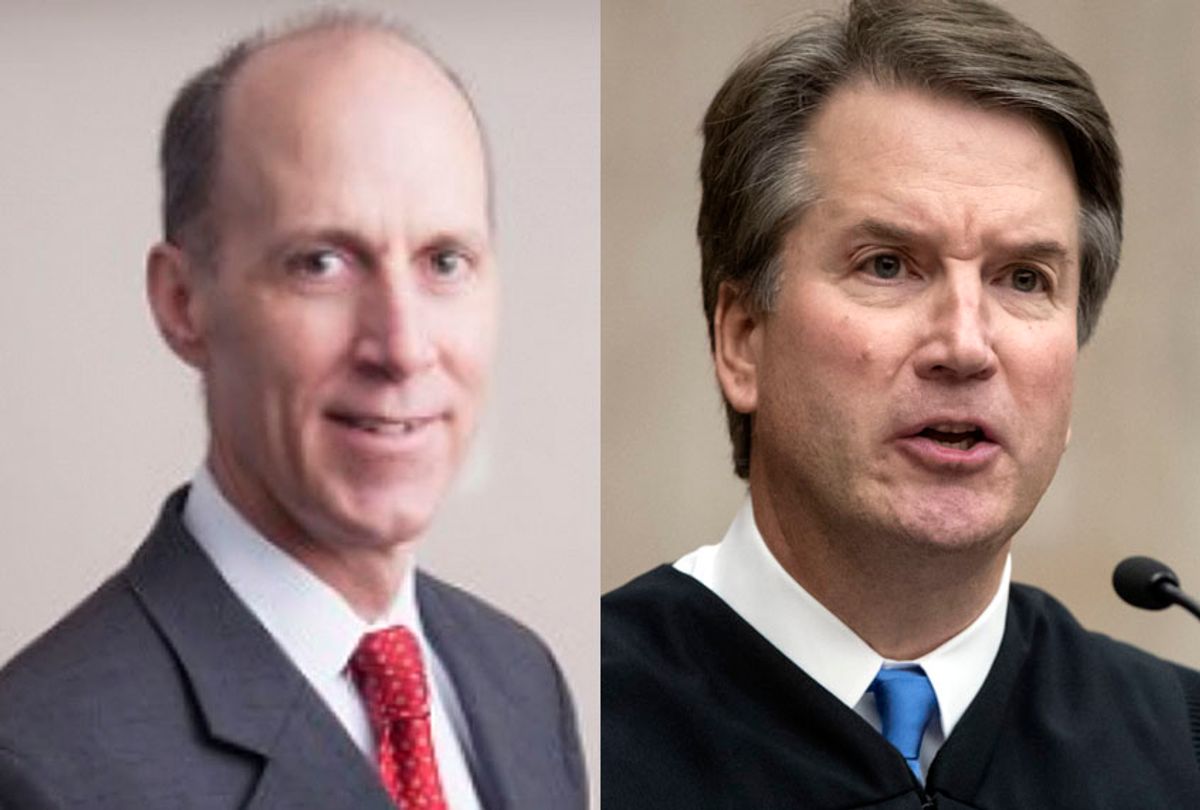 President Donald Trump is not the only prominent conservative who has attacked Christine Blasey Ford, the California research psychologist who claims she was sexually assaulted by Supreme Court nominee Brett Kavanaugh in the early 1980s, when they were both teenagers. Ed Whelan, the president of the Ethics and Public Policy Center, has now apologized for his own bizarre conspiracy theory that a Kavanaugh lookalike could have been the real culprit behind the alleged assault -- and for naming such a person.

"I made an appalling and inexcusable mistake of judgment in posting the tweet thread in a way that identified Kavanaugh's Georgetown Prep classmate," Whelan wrote on Twitter on Friday. "I take full responsibility for that mistake, and I deeply apologize for it. I realize that does not undo the mistake."

Whelan's original tweet promised: "By one week from today, I expect that Judge Kavanaugh will have been clearly vindicated on this matter. Specifically, I expect that compelling evidence will show his categorical denial to be truthful. There will be no cloud over him."

Earlier, Whelan had also posted a number of tweets questioning aspects of Ford's story. He argued on Tuesday that "if Kavanaugh had any involvement in alleged incident, how much easier it would be to dispute facts, plead drunken perceptions, immaturity, etc. A person who is wholly innocent would make Kavanaugh's categorical denial. Mistaken identity would reconcile much."

He also blasted Sen. Dianne Feinstein, D-Calif., for having "smeared" Kavanaugh and confidently predicted that "a week from now, I doubt that any fairminded person will think that any further investigation is necessary -- at least not concerning any alleged wrongdoing by Kavanaugh." He also insisted on Wednesday that "a horrific incident similar to the one the accuser alleges may well have occurred. But if so, she's got the wrong guy. Kavanaugh wasn't present, as this and much more will confirm."

The Washington Post summarized the lengths to which Whelan had gone to promote his conspiracy theory, as well as Ford's response to it:

Ed Whelan, a former clerk to the late justice Antonin Scalia and president of the Ethics and Public Policy Center, pointed to floor plans, online photographs and other information to suggest a location for the house party in suburban Maryland that Ford described. He also named and posted photographs of the classmate he suggested could be responsible.

Ford dismissed Whelan’s theory in a statement late Thursday: “I knew them both, and socialized with” the other classmate, Ford said, adding that she had once visited him in the hospital. “There is zero chance that I would confuse them.”

The Post also elaborated on Ford's request that the FBI investigate her claims before she testifies before the Senate, which some Republicans have suggested would require an unreasonable delay. When Anita Hill accused Clarence Thomas of sexual harassment during his 1991 confirmation hearings, it only took the FBI three days after its inquiry began to complete its report.