Why is a mediocre movie like "The Nun" such a hit?

Movies like "The Nun," which shun science and promote superstition, are not harmless 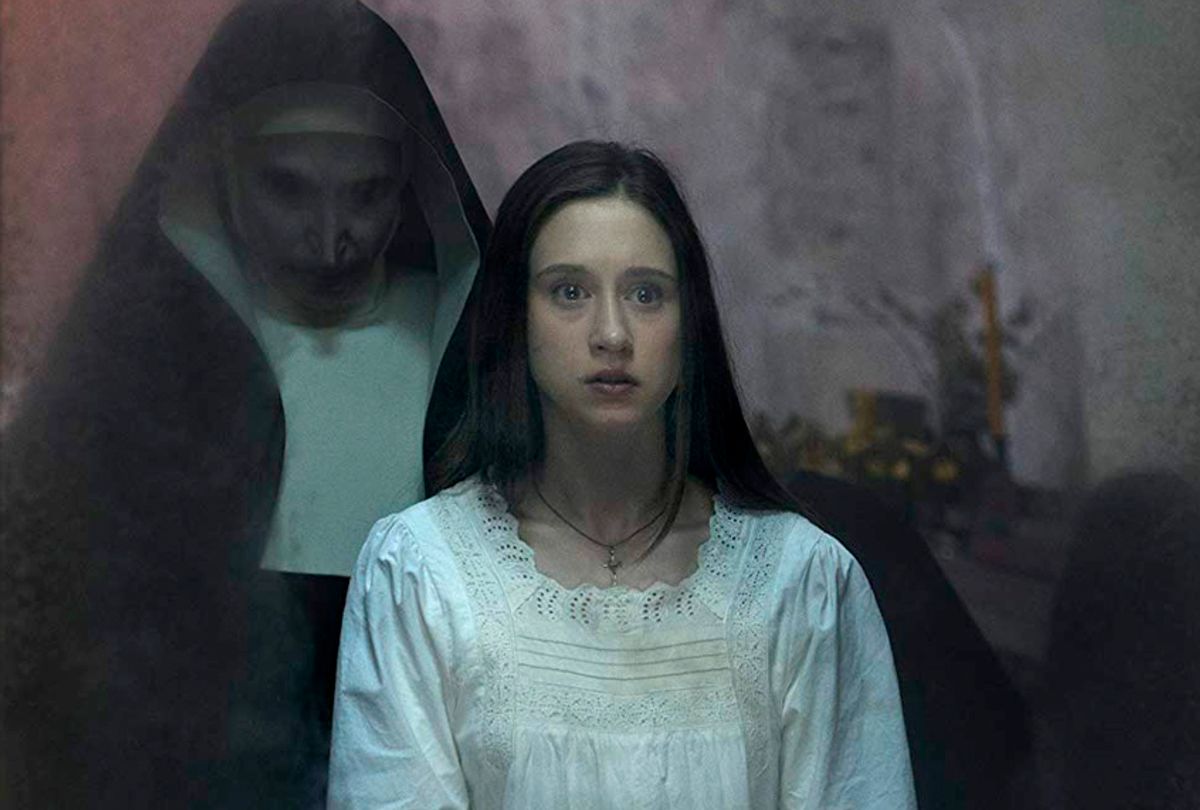 "The Nun" grossed $228 million worldwide as of earlier this week, and Warner Bros./Time Warner Inc. officially has a cinematic universe on their hands. Just as Disney managed to spin the Marvel Cinematic Universe out of the success of "Iron Man" in 2008, and then widened the scope of "Star Wars" films after "The Force Awakens" in 2015, so too has Warner Media managed to create a horror-based cinematic universe off of their 2013 hit "The Conjuring."

The tabulations so far for their effort? $1.432 billion worldwide.

What makes this remarkable is that "The Nun" (which cost $22 million to make) is not — emphatically not — a particularly good film. It tells the story of a nun in her novitiate, Sister Irene (Taissa Farmiga), who is dispatched to a Romanian monastery with Father Burke (Demián Bichir) to investigate the apparent suicide of another nun on the holy grounds. They are assisted by a local French Canadian named Maurice (Jonas Bloquet) and eventually reveal that the seemingly mundane events that led to the earlier nun's death actually have supernatural, and perhaps even demonic, origins.

The upshot to all of this is that it provides the audience with some lovely visuals — the Romanian countryside is lush and evocative, the antiquated architecture is used for perfectly creepy effect, and the film is shot in a way that one could easily imagine filling up a glossy, vividly colored picture book. Unfortunately, everything else about the film is sub-par and cliche: the over-reliance on jump scares, the wooden acting, the habit of each character to abandon their self-preservation instincts in order to make dumb decisions that could only be considered logical if they somehow realized they were in a horror movie and needed to provide the audience with some set pieces.

Although there are some links between "The Nun" and the other films in "The Conjuring" universe — which include "The Conjuring" (2013), "Annabelle" (2014), "The Conjuring 2" (2016) and "Annabelle: Creation" (2017) — it is hardly necessary to see those movies to understand this one. It is the earliest-set film in the series, and although it shares the villain of "The Conjuring 2" and winds up getting incidentally linked here and there to both "Conjuring" films, it works as a standalone story.

And so the box office success of "The Nun" could likely spawn a direct sequel of its own, helping to keep "The Conjuring" cinematic universe going. Why is this the case?

"The paranormal holds a very powerful attraction for audiences as it offers various belief systems and types of representation and storytelling in popular culture that addresses our fear of the unknown and what happens to us when we die," Annette Hill, a Professor of Media and Communication at Lund University, Sweden, and Visiting Professor at the University of Westminster, UK, told Salon. "The paranormal includes a range of alternative spiritual beliefs, in ghosts and spirit communication, in witchcraft, in aliens, in extra sensory projection, all of which offer audiences an opportunity to engage with their own personal beliefs, doubts and fears about the existence of life after death, and the existence of anomalous experiences."

She also addressed a running theme in paranormal-based horror movies — namely, the fact that they frequently rely on the Catholic Church specifically, and Catholicism generally, to provide a theological basis for the horror stories that they tell.

"The religious practice of exorcism is deeply connected with the Catholic Church; such trained exorcists offer strong characterization and storytelling for horror films, going back to the classic films of the 1970s. It is part of the genre and audiences come to expect these kind of generic traits in contemporary horror," Hill explained.

"Generic" is precisely the word that explains one of the things that is so troubling about "The Nun." At their best, horror movies tap into deeply-rooted fears that teach us about our own psyches and can prove cathartic when we're watching them. With a movie like "The Nun," on the other hand, the audience isn't challenged or even encouraged to inspect their own base terrors. By overly relying on jump scares, "The Nun" uses a mechanical approach toward instilling fear rather than a more profound understanding of terror. Similarly, by regularly having characters act in ways that no rational human being would behave in order to put them in peril, it makes it more difficult for audience members to see themselves in these situations and thereby relate to them.

There is also the problematic fact that these movies are linked to the real-life paranormal investigators Ed and Lorraine Warren. Skeptics have claimed that the Warrens have a reputation that is dubious at best when it comes to the real-life legitimacy of what they assert has happened.

"Fiction films, including horror, supernatural, and psychological thrillers, represent the paranormal in a multitude of ways; for some audiences the thrill and adrenalin rush of watching a paranormal move is in their expectations about genre and storytelling, but for others a film based on true events, such as 'The Conjuring 2,' or representing the paranormal in more detailed ways which reflect the workings of parapsychology, the appeal is in the representation of evidence of the paranormal," Hill explained.

While more discerning moviegoers can watch films like "The Conjuring" and the rest of that movie's cinematic universe and recognize that this is fiction, some will take the "based on true stories" claim and assume that this proves the existence of the paranormal. At a time when science is too often disregarded with terrible real-world consequences — whether on global warming, vaccines, evolution or the legitimacy of transgender experiences — any film that purports to cast scientific fact aside for unverified hocus pocus should not be dismissed lightly.

This isn't to say that "The Nun" has no redeeming value. Anyone who wants to wile away an hour-and-a-half with jump scares and pretty visuals could certainly do much worse, and if nothing else it does provide contemporary culture critics with an interesting insight into the minds of modern moviegoers. Nevertheless, it's a shame that those billions of dollars couldn't go to movies that either expand our imaginations in new ways or try to depict our fascinating real world accurately.