Will the trans biopic "Rub & Tug" cast the right Tex Gill for the job?

After backlash caused ScarJo to drop out, this NYC nightlife legend's name keeps emerging as an ideal casting 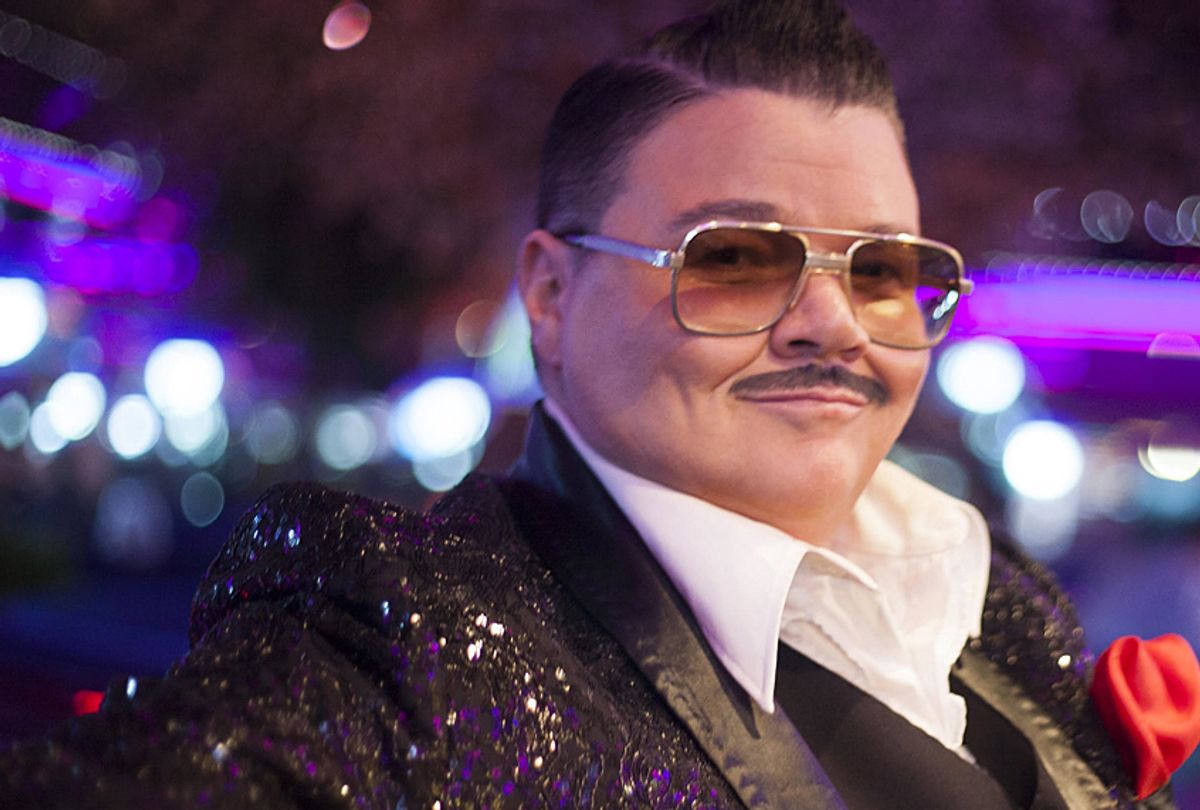 When it was announced in early July that Scarlett Johansson was slated to play Dante “Tex” Gill—a trans man who presided over a Pittsburgh prostitution ring in the '70s and '80s—the internet outrage was instant and deafening.

“Oh word?? So you can continue to play us but we can’t play y’all? Hollywood is so f—ed,” tweeted “Transparent’s” Trace Lysette. “I wouldn’t be upset if I was getting in the same rooms as Jennifer Lawrence and Scarlett for cis roles, but we know that’s not the case. A mess.”

And “Sense8’s” Jamie Clayton also weighed in, tweeting, “Actors who are trans never even get to audition FOR ANYTHING OTHER THAN ROLES OF TRANS CHARACTERS. THAT’S THE REAL ISSUE.”

At first, Johansson issued a defiant statement, telling critics, “they can be directed to Jeffrey Tambor, Jared Leto, and Felicity Huffman’s reps for comment.” (Making reference to three other cisgender actors who have been celebrated for playing trans characters.) But a week later, Johansson recanted and dropped the project entirely.

“In light of recent ethical questions raised surrounding my casting as Dante Tex Gill, I have decided to respectfully withdraw my participation in the project,” she told Out.com on July 13.

READ MORE: Kathleen Turner on her soap opera days: “My character was so incredibly dumb”

In the midst of all this casting drama, folks familiar with the work of Murray Hill — a New York City-based nightlife impresario who emerged from the underground drag king scene of the '90s and has been the cross-dressing equivalent of RuPaul for the last 20 years — started lobbying for his inclusion in the project instead. Big names like Amy Schumer got involved, bringing his work to the attention of the film’s producers. And Hill eventually issued a statement via Instagram, stating that he’s “available,” and posting side-by-side photos of himself and Tex Gill, highlighting their uncanny resemblance to one another.

When Hill came on my podcast “Poptarts” last week as a guest to talk about his new show “About To Break,” at the Public Theater, it was clear that the timing for his autobiographical production couldn’t be better. He truly is “about to break” into another level of fame. He’s been collaborating with Paul Reubens (aka Pee-wee Herman) and taking TV meetings all over L.A. The question is, will “Rub & Tug” be part of that trajectory? “Your name popped up on my news feed very abruptly in July in relation to Scarlett Johansson and ‘Rub & Tug’,” I told him during our interview. “The New York nightlife people that I follow all pointed out that if you look at photos of you and Tex Gill, it would literally be a no-brainer to cast you in this role!” “I know, I look like the guy,” Hill replied. “Same stomach rolls and everything. On July 4th I was name-dropped in an article in USA Today about it. But since it was July 4th I was, you know, sleeping in. So when I got up, I was like, ‘Why am I getting tagged in all this shit?’ And then I was like, ‘Oh! I look like this character.’ And then everybody was asking about it so I put out a statement. Then Variety called me. Hollywood Reporter called me. I was in the dialogue and Amy Schumer and my agent made some calls on my behalf. Usually when something like this happens [when the star quits] the movie gets shelved—because it was Scarlett Johansson’s production company making the film. It was a passion project for her. But I think, because of the nature of the backlash, they’re going to keep it alive. That’s all I’ve heard so far.” “I didn’t realize it was a passion project for her and that she was producing the film,” I said of Johansson’s involvement. “That’s very interesting.” But be that as it may, it would be a shame for the project to founder when it seems like such a ripe opportunity to give a gender-non-conforming actor a shot at such a juicy part. “Let’s just think about it for a minute,” said Hill, when asked to weigh in on the original casting of Johansson in the role. “What if me, Murray Hill, were cast as her character in 'The Avengers.' Like, if you just flip it . . . forget all the trans stuff. What if I, Murray Hill, lookin’ like I look, was playing her character in 'Avengers?' I mean, of course you can do any artistic project you want. And often women in Hollywood have to have their own fucking production company so they can do what they want. So I don’t want to take that away from anybody. But it’s a little absurd. I mean, she doesn’t look anything [like Tex Gill]. That’s why I’m saying, ‘Why put on a fucking fat suit and get all new costumes? I’m ready to go! Showbiz!’” Listen to the rest of this interview—about collaborating with Paul Reubens, touring the world with Dita von Teese, and more—with Murray Hill here: Subscribe to "Poptarts" on Apple Podcasts, Stitcher, Google Play and listen on BUST's website.