Michael Avenatti may have the goods on Brett Kavanaugh 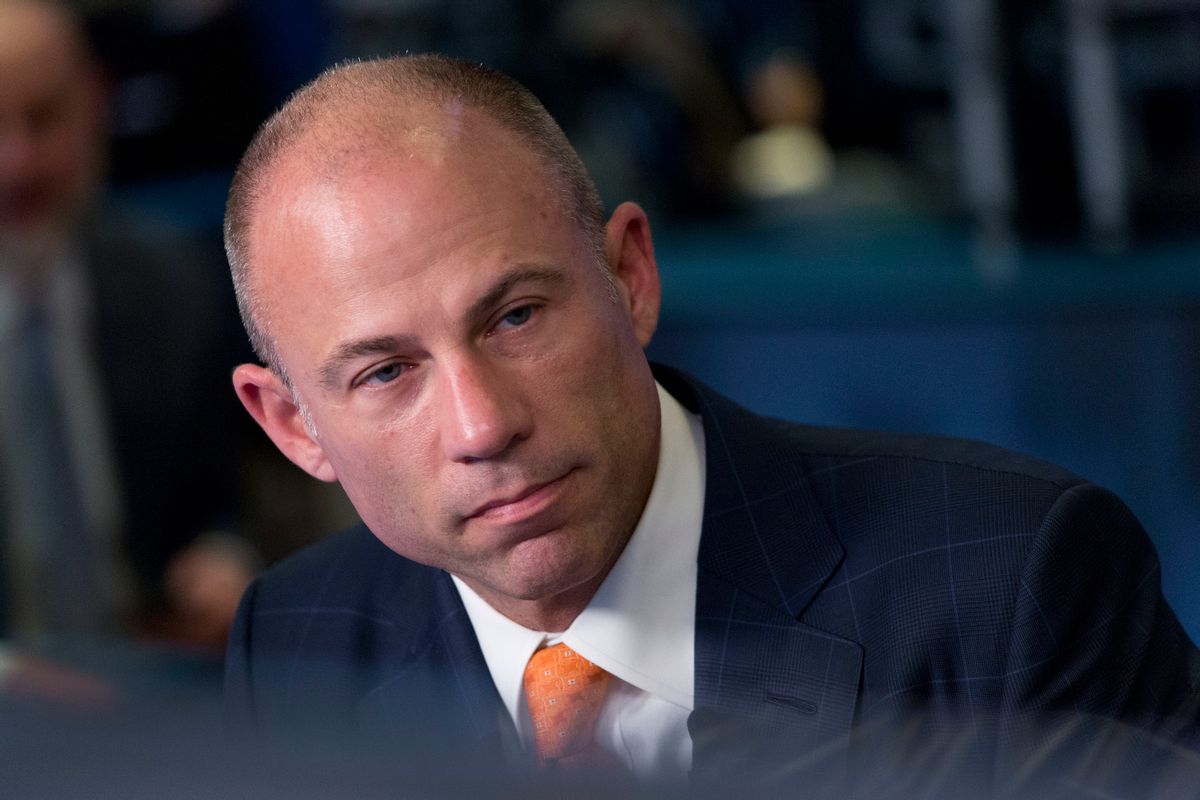 lluds Brett Kavanaugh's integrity continues to be questioned, Michael Avenatti, the attorney representing Stormy Daniels, announced on Twitter that he represents a women with "credible information regarding Judge Kavanaugh and Mark Judge."

Kavanaugh's prospects to become a Supreme Court justice already took a hit this past week when Christine Blasey Ford accused him of sexual assault when they were in high school. Ford and Kavanaugh agreed to testify on Thursday before the Senate Judiciary Committee to address the allegation.

Now, it appears Kavanaugh will have to answer more questions.

I represent a woman with credible information regarding Judge Kavanaugh and Mark Judge. We will be demanding the opportunity to present testimony to the committee and will likewise be demanding that Judge and others be subpoenaed to testify. The nomination must be withdrawn.

Avenatti has earned himself name recognition in 2018 for his ability to produce evidence against President Donald Trump. Some conservatives have called Avenatti a glorified ambulance chaser, but no one can deny the lawyer has been effective.

His claim on Sunday regarding Kavanaugh and Judge came with little clarifying details. Avenatti did not say whether the credible information was about another alleged incident or whether the witness could corroborate Ford's testimony.

Avenatti demanded that Judge be subpoenaed to testify. So far, Judge has eluded the requirement to testify. The friend of Kavanaugh has a shady reputation in the #MeToo Movement. Judge has written a lot about sex, masculinity and feminism. Writing for Acculturated, Judge says women send signals about their sexuality prior to rape.

“There’s never any excuse to rape, a crime that I think is almost akin to murder because the rapist kills a part of the human soul. And yet what women wear and their body language also send signals about their sexuality.”

Judge has denied any previous knowledge about the incident Ford alleged in the letter given to Sen. Dianne Feinstein.

“In fact, I have no memory of the alleged incident,” Judge said in a statement through his lawyer. “Brett Kavanaugh and I were friends in high school but I do not recall the party described in Dr. Ford’s letter. More to the point, I never saw Brett act in the manner that Dr. Ford describes.”

Avenatti may have a scheme to force Judge to repeat this under oath.