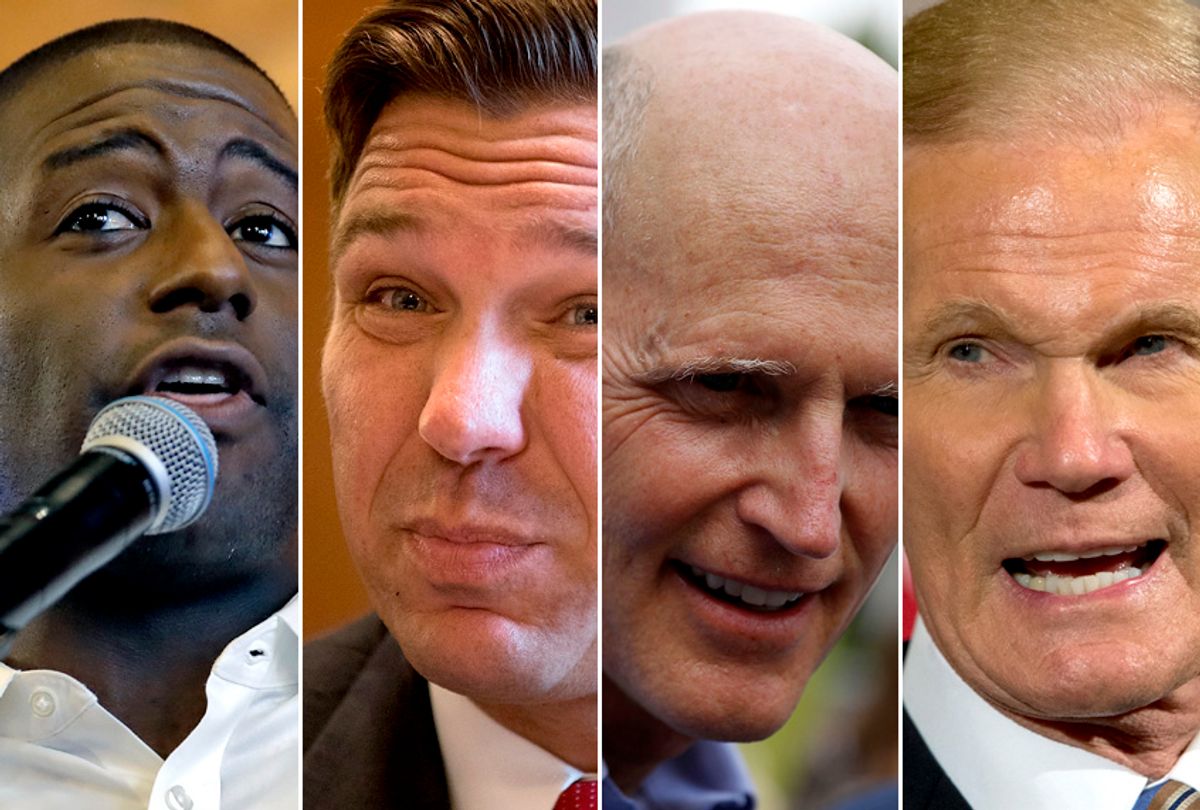 Andrew Gillum holds a slight advantage in the race to become the next governor of Florida, according to the results of a new poll released Monday.

The survey, comprised of likely Florida voters, reveals that Gillum, the Democratic candidate, tops Ron DeSantis, the Republican candidate, by 4 points — 47 percent to 43 percent. Likely voters were asked who they would cast their ballot for if the election for Florida governor were held today. Of those likely voters, ten percent said they did not know who they would pick.

"It's still early in the election season, and even though Gillum has a small lead, a lot can
happen in the next six weeks. Nelson and Scott are currently tied, but one bit of hope for Nelson is that more Democrats are unsure who they will vote for and partisans will come home in November," Dr. Michael Binder, faculty director of the Public Opinion Research Lab at University of North Florida, which conducted and sponsored the survey, said in a statement.

"With polling numbers this close, the candidates that are most successful getting their voters to the polls are the ones who are going to win," Binder continued. "Historically, Florida has had very close statewide elections, and this year is shaping up to be no different."

Additionally, the survey reveals that a majority of respondents support restoring the voting rights of Floridians with felony convictions after they have served their sentences. When asked whether they would vote "yes" or "no" on such a ballot initiative, 71 percent of likely voters said they would vote "yes," and 21 percent said "no." Eight percent didn't know how they would vote.

"These results reflect the status of African-Americans as the population most directly
affected by Florida’s felon disenfranchisement laws," Dr. Natasha Christie, chair of the Department of Political Science and Public Administration at UNF, said in a statement. "With such a large majority of likely voters saying they would vote 'yes' on Amendment 4, this indicates views on this issue are becoming more progressive overall throughout the state, regardless of race."

The survey also asked voters what they think is the most important problem facing Florida today. Education came out on top, with 20 percent of respondents saying that is the issue they care about most, followed closely by health care and the environment with 18 percent, each.

"Democrats across the state have been highlighting both health care and the environment – a message that appears to resonate with a lot of voters," Binder noted.

The University of North Florida surveyed 654 Florida likely voters from Sept. 17 through Sept. 19 by live callers via telephone. The margin of error for total respondents in Florida is plus or minus 3.95 percentage points.