Former first lady Michelle Obama: "I am sick of all the chaos and the nastiness of our politics" 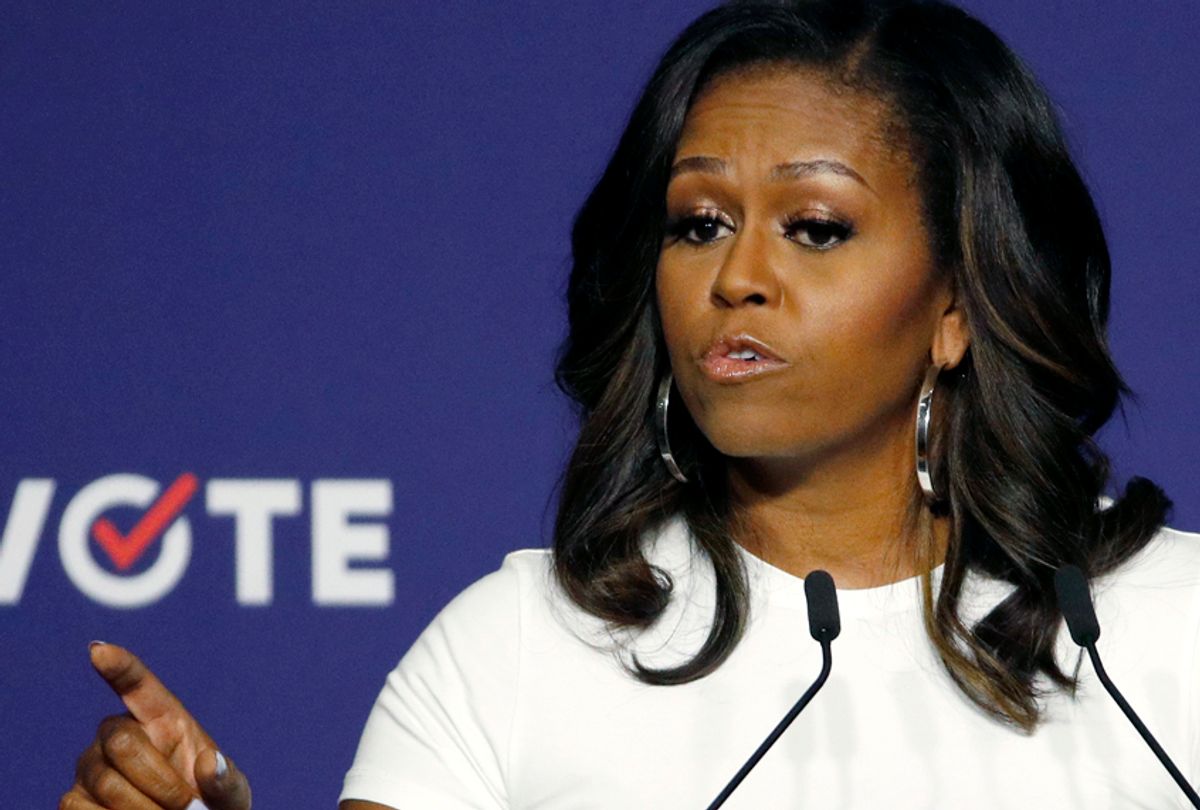 Former first lady Michelle Obama headlined the first "When We All Vote" rally Sunday evening in Las Vegas , as part of the nonprofit voting initiative she launched over the summer. In her uplifting speech, Obama warned the more 2,000 people in attendance who might be frustrated by the current political climate and tempted to disengage that "democracy continues with or without you."

"Believe me, I am frustrated, too," Obama admitted to the crowd at Chaparral High School. "I am sick of all the chaos and the nastiness of our politics. It’s exhausting. And, frankly, it’s depressing. I understand wanting to shut it all out."

But Obama warned that the alternative is exactly the one that many politicians desire. "They’re finding all kinds of ways to keep you at home, hoping that when you hear about all those things, you’ll just give up," Obama said. "Don’t let anybody intimidate you from being a part of this process."

Obama's message was rooted in positivity and empowerment and emphasized to those in Las Vegas that their votes matter. "When you don’t vote, that’s exactly what you’re doing — you’re letting other people make decisions for you," she said. "We get the leaders we vote for. We get the policies we vote for. And when we don't vote, that's when we wind up with government of, by and for other people."

"While some folks are frustrated and tuned out and staying home on Election Day, trust me, other folks are showing up," the former first lady continued.

Obama did not shame individuals who have decided in the past not to vote, expressing empathy for the myriad reasons why people typically do not. Acknowledging the complicatedness of politics, how life can be overwhelming and how some perceive the voting system as "rigged," Obama refused to dismiss those frustrated with the political system.

It was a refreshing alternative to the more common political tactic of debasing those who are skeptical of voting. And, by taking seriously some of the reasons why people choose not to vote, Obama was able to offer engaging reasons for why people should.

Actresses Kelly McCreary and Lana Parrilla of ABC's "Once Upon a Time"; Carolyn Swords, of the WNBA’s Las Vegas Aces; and comedian Keegan-Michael Key also spoke at the Las Vegas rally, according to ABC News.

The voting rally is part of When We All Vote's "Week of Action," in which the organization will host nearly 2,000 voter registration events in communities across the country, according to its website. Events are scheduled in Cleveland, Detroit, Los Angeles, Nashiville and Pittsburgh, among many other places. Obama, who is the co-chair of the nonpartisan organization, will also speak at a rally on Friday in Miami. Other co-chairs of When We All Vote are Tom Hanks, Lin-Manuel Miranda, Janelle Monáe, Chris Paul, Faith Hill and Tim McGraw.

Why did online voting disappear?