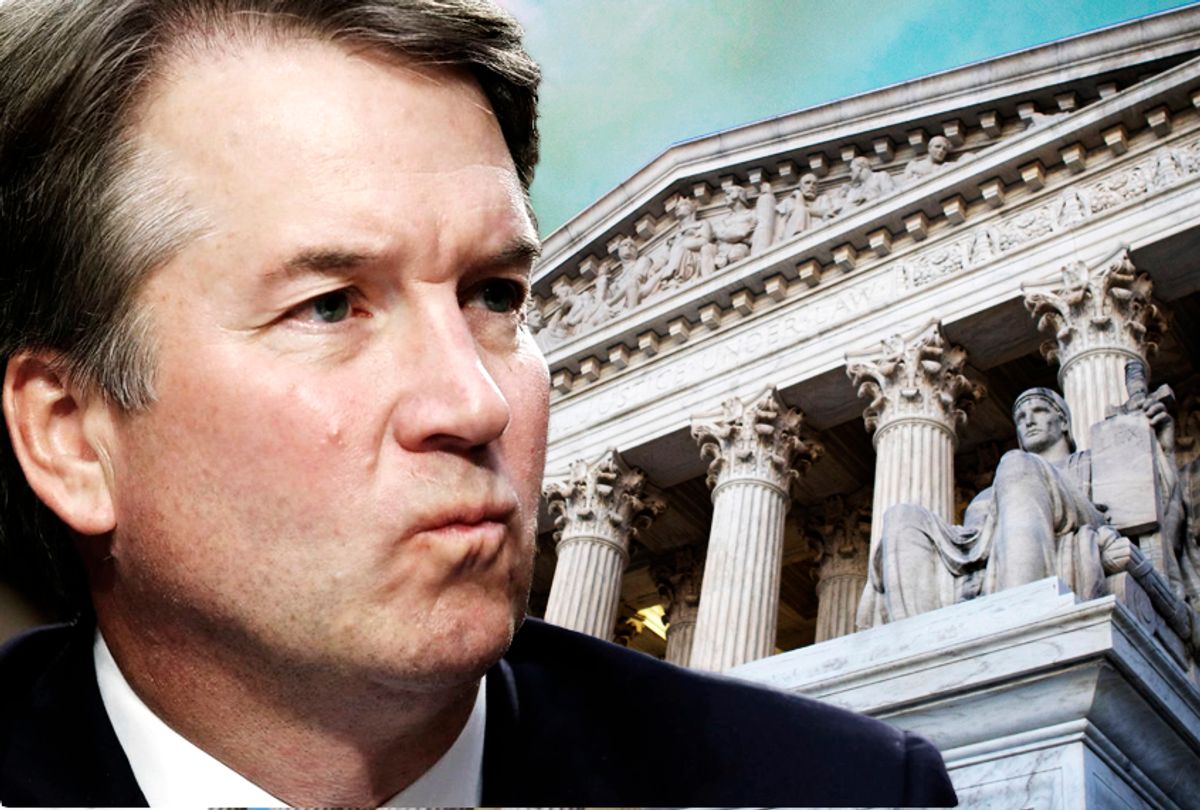 Brett Kavanaugh, the embattled appellate court judge appointed by President Donald Trump for the newly-vacant seat on the Supreme Court, ran to Fox News on Monday to defend against accusations of sexual assault made against him by at least two women. And based on the response from many conservatives online, the unprecedented move of publicly campaigning for a Supreme Court seat may already be paying off.

While CNN Chief Legal Analyst Jeffrey Toobin criticized Kavanaugh's decision to grant an interview to Fox News as "weird," Trump's nominee appears to have pleased the Republican base with his performance.

Among Kavanaugh's standout defenses? That he was a virgin for "many years" after graduating from high school.

"I am looking for a fair process, a process where I can defend my integrity and clear my name," Kavanaugh told Fox News interviewer Martha MacCallum as the conversation began, according to The Washington Post. "And all I’m asking for is fairness and that I’d be heard in this process."

Perhaps the most noteworthy part of the interview was the exchange that occurred after Kavanaugh insisted, "I did not have sexual intercourse or anything close to sexual intercourse in high school or for many years there after. And the girls from the schools I went to and I were friends—"

After MacCallum asked him to clarify whether he meant to say that he was a virgin, Kavanaugh said, "That's correct." He later elaborated that he did not lose his virginity until "many years after. I'll leave it at that. Many years after."

When MacCallum began detailing the accusations made against Kavanaugh by Ford — namely, that he had attempted to rape her at a party when they were both teenagers, made her fear for her life while doing so and was only thwarted when another friend jumped on top of him and they both tumbled to the floor — Kavanaugh reiterated that people who knew him could say that he would never do something like that.

He later added, "And this is an allegation about a party in the summer of 1982 at a house near Connecticut Avenue and East West highway with five people present. I was never at any such party. The other people who are alleged to be present have said they do not remember any such party. A woman who was present, another woman who was present who is Dr. Ford’s lifelong friend has said she doesn’t know me and never remembers being at a party with me at any time in her life."

Kavanaugh was similarly adamant about the story by Deborah Ramirez, who claims that Kavanaugh exposed himself to her at a party when they were both undergraduate students at Yale University.

"This – it’s very difficult," Ashley Estes Kavanaugh told MacCallum. "It’s very difficult these conversations with your children, which we’ve had to have some broader terms for our youngest. But they know Brett. And they know the truth. And we told them at the very beginning of this process this will be not fun sometimes. You’re going to hear things that, people feel strongly, and you need to know that. And just remember you know your dad."