"Even if it’s all true, does it disqualify him?" asks North Dakota Republican Rep. Kevin Cramer 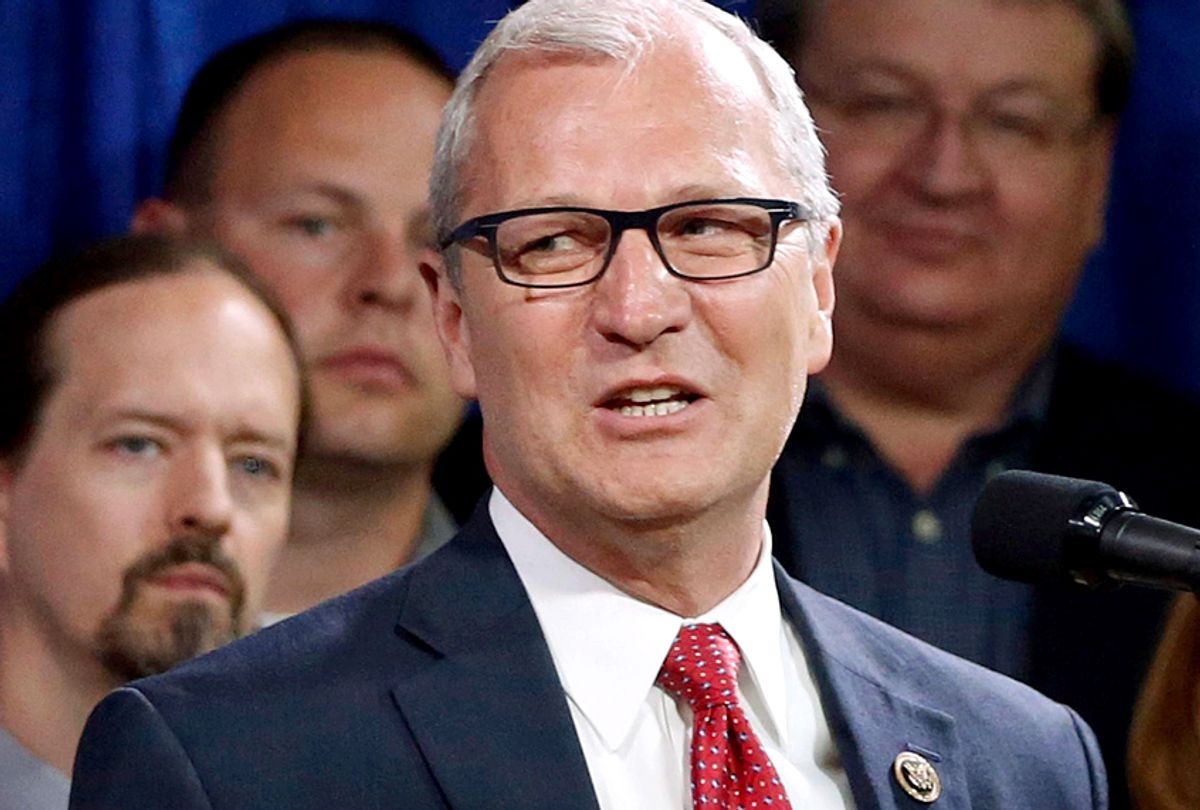 The Republican candidate for Senate in North Dakota just suggested that embattled Supreme Court nominee Brett Kavanaugh should be confirmed even if the multiple sexual assault allegations from his past prove true.

Rep. Kevin Cramer, R-N.D., made his controversial assertion during a television interview with Chris Berg of North Dakota station KX4, according to The Washington Post. During the interview, he accounted for a comment he made during a radio talk last week in which he claimed that "nothing evidently happened" between Kavanaugh and Christine Blasey Ford, the California research psychologist who claims Kavanaugh attempted to rape her at a party they both attended as teenagers. Cramer elaborated by explaining that "there was no type of intercourse or anything like that."

Cramer then told Berg that, although if Ford's accusations against Kavanaugh are true it would be "tragic, it’s unfortunate, it’s terrible," he also felt that "even if it’s all true, does it disqualify him? It certainly means that he did something really bad 36 years ago, but does it disqualify him from the Supreme Court?"

Berg replied by pointing out that if the accusations against Kavanaugh are true, that would mean he lied when he denied them.

"If it’s found that he knew, that he recalls it, he knew it happened, and lies about it, then I think that would disqualify him," Cramer conceded.

Berg then pointed out that, contrary to Cramer's previous assertion that "nothing evidently happened" between Kavanaugh and Ford, "I think most people would say something definitely happened."

Cramer responded, "Right. That, I get. My point was is that there was no type of intercourse or anything like that. That was my point, that nothing happened in terms of a sexual, um, event, beyond, obviously, the attack."

The congressman added, "We don’t know that even what she describes happened."

Cramer's exchange with Berg comes a week after he told radio station KMOX that Ford's accusation was "even more absurd" than those of attorney Anita Hill against President George H. W. Bush's 1991 Supreme Court nominee, Clarence Thomas. During that interview, Cramer claimed of Kavanaugh and Ford that "these people were teenagers when this supposed alleged incident took place."

Cramer has a reputation as a staunch opponent of abortion rights and other issues that are important to the feminist community. He has been particularly outspoken against Planned Parenthood, a nonprofit organization that specializes in reproductive care, and has been known to make absurd generalizations about how abortion rights have damaged American culture as a whole, such as in this 2013 speech linking abortion to school shootings.

Just in the last several days, a Bismarck news anchor mistakenly uttered vulgarity on live television. He’s been heralded by celebrities from New York to California as some sort of pop icon. His bosses have been called goons because they fired him.

We learned this week that the Pentagon is vetting its guide on religious tolerance with a group that compared Christian evangelism to rape, and advocated that military personnel and colluding chaplains who proselytize should be court-marshalled.

Forty years ago, the United States Supreme Court sanctioned abortion on demand. And we wonder why our culture sees school shootings so often.