“When in doubt, go back to high school and college, even if you’re in your fifties!" the Fox News star shouted 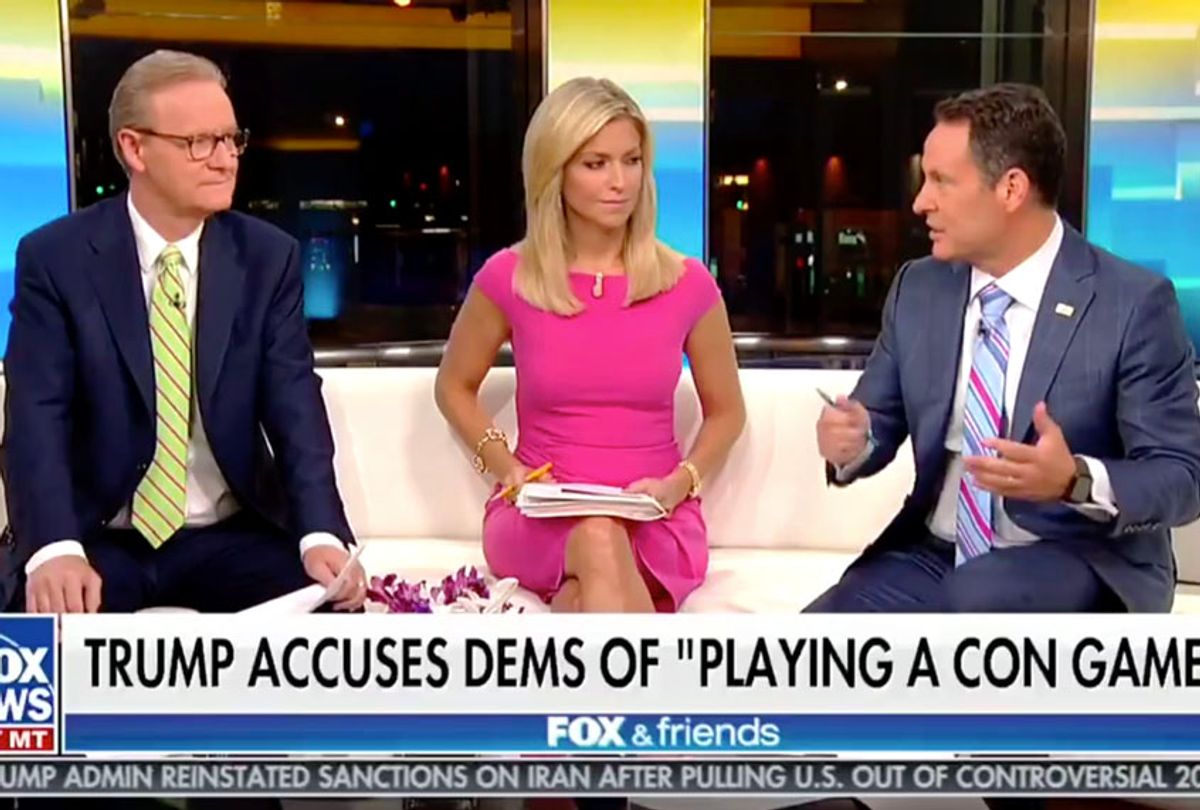 “Fox & Friends” host Brian Kilmeade on Wednesday went off on an angry tirade about the attempted rape allegations against Supreme Court nominee Brett Kavanaugh — and even his co-hosts were taken aback.

During a discussion on Kavanaugh’s nomination, Kilmeade complained about how unfair it was that allegedly trying to rape someone in high school could come back to haunt a nominee to the Supreme Court.

At this point, Kilmeade’s voice started rising as he got more angry.

“Because that’s what I’m getting from this whole process!” he shouted. “When in doubt, go back to high school and college, even if you’re in your fifties!”

At this point, co-host Steve Doocy stepped in to point out that the allegations against Kavanaugh were “serious” and shouldn’t just be dismissed as a high school prank if true.

This did not deter Kilmeade, however.

“For people to say, let’s go back to high school to stop you from moving forward — I’ve heard of your transcript mattering in ninth grade for college, but I didn’t know your ninth and tenth-grade actions could really reflect on what happens in the Supreme Court!” he ranted.

After Brian Kilmeade diminishes Ford/Ramirez's allegations as "when in doubt, go back to high school and college" his co-hosts try to do damage control, but he yells over them about how unfair it is that we “go back to high school to stop you from moving forward.” pic.twitter.com/VUWrKt38wc