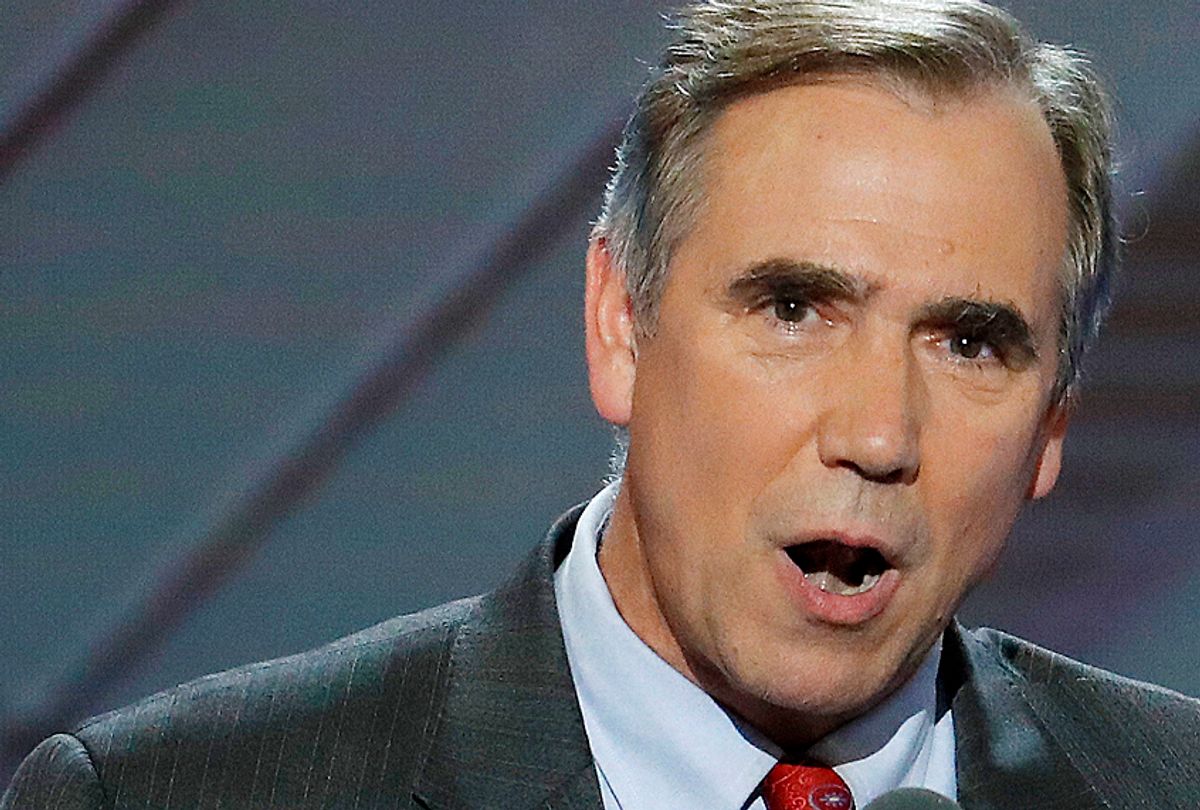 On Wednesday, Sen. Jeff Merkley, D-Ore., announced he would seek a federal injunction against a final vote on the confirmation of Brett Kavanaugh to the Supreme Court. While considerable attention has been paid to the sexual misconduct accusations against the appellate court judge, Merkley is drawing attention to another issue — he says President Trump's administration has meddled to an unprecedented degree in the Senate's ability to learn what it need to know about Kavanaugh's professional background before voting on his nomination.

"Specifically this suit focuses on a violation of the separation of powers," Merkley told Salon. "Under the Constitution, the president nominates and the Senate has a responsibility to review the individual's record to determine if the person is of fit character for the office, be it an executive branch office or a judgeship. In this situation, what we have is the unprecedented interference of the executive branch in the deliberations of the Senate. That is unacceptable. Just as the Senate cannot dictate to the president who he or she nominates, the president is not to interfere in the deliberations of the Senate. Otherwise you violate the whole principle in which checks and balances was designed in the Constitution."

Merkley explained that he sees three principal ways that the Trump administration has improperly meddled with the Senate's ability to do its job.

Merkley added, "The third was that the same individual [Burck] proceeded — apparently it was the individual, this is the understanding of folks — to mark 141,000 documents 'committee confidential,' essentially saying, 'We're delivering these documents, but only the committee can see them.' The committee then relented and allowed other senators to see them in a very high secure setting, but that means that those 141,000 documents that were delivered, we cannot talk to experts about the contents, we can't talk to our staff about the contents, we can't describe the documents in public. We can't get public feedback. So, again, our ability to review the record of the nominee is damaged by direct intervention of the executive branch. So the lawsuit says we must defend the separation of powers, so clearly written into the Constitution. The president has violated that and we're seeking injunctive relief to end it."

During the interview, Merkley was asked about an earlier interview with Salon concerning his attempt to visit a detention center that held immigrant children who had been separated from their parents at the U.S.-Mexico border.

"This administration loves secrecy and they hate oversight," Merkley said. "President Trump hates oversight, and so whether it comes to intervening to try to keep the nominees' records secret or to keep the criminalization of immigrants fleeing persecution and the child separation secret, you're seeing that same instinct of opposing transparency and trying to drive secrecy. And you see it in a third context, by the way, in the president's assault on the press. The press is a source of transparency. They look into things. They write about things. And when he cannot stop them from writing about it, he tries to delegitimize their role in writing about what the Trump administration is doing."