Kavanaugh comes from a class normally protected from the consequences of its bad behavior. Will that change? 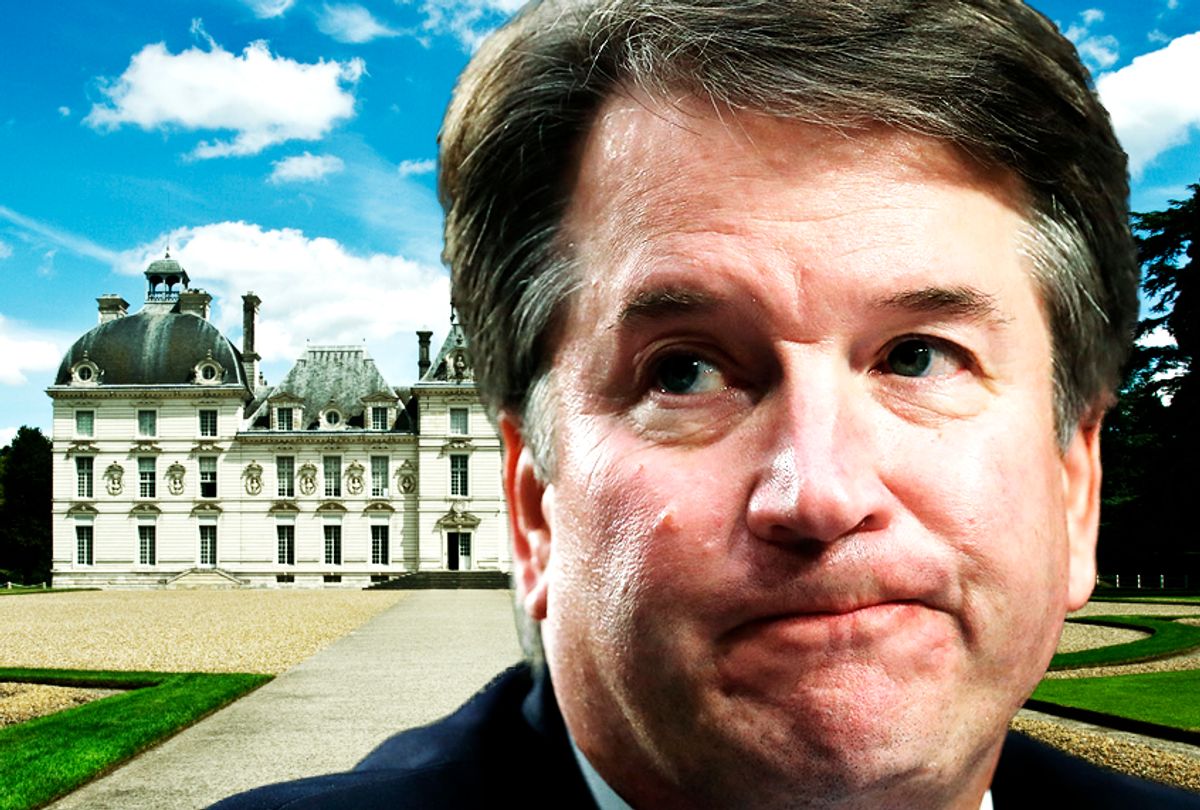 "Social capital" is a term that refers to relationships, networks, people, money and knowledge that helps to create success in life for individuals, groups and organizations. Because of his life circumstances, Supreme Court nominee Brett Kavanaugh has benefited from very large amounts of social capital and has also been in places that allowed him to accrue more of it. At least until now, Kavanaugh's social capital has insulated him from the negative consequences of his behavior.

In many ways, social capital is a function of the company a person chooses to keep. What do such choices reveal about Kavanaugh, who now stands accused of sexual assault by several women, including Julie Swetnick, who claims she was the victim of a gang rape in 1982, at a party Kavanaugh and his friend Mark Judge attended?

Kavanaugh was nominated to the U.S. Supreme Court by Donald Trump, who has publicly admitted to assaulting women by grabbing them by their genitals. At least 19 women have accused him of sexual harassment and similar behavior. Trump's first wife, Ivana, alleged that he raped her (before retracting that claim, without changing the substance of her account). Donald Trump has also made lurid sexual comments about his own daughter, Ivanka.

Trump continues to enthusiastically support Brett Kavanaugh's nomination to the Supreme Court, and has gone so far as to publicly attack the character of Christine Blasey Ford and the other women who have alleged that Brett Kavanaugh engaged in sexually inappropriate or illegal conduct.

Brett Kavanaugh is a proud Republican and a conservative. In practice, and whatever its statements may be, his political party and movement does not believe that women should have equal human and civil rights with men. Most importantly, this includes denying women the right to control their own bodies and reproductive choices.

The Republican Party and the larger conservative movement are also defending Kavanaugh by deploying the logic of "rape culture," wherein women who are victims of sex crimes are somehow to blame for their own suffering. Moreover, in this worldview women are to be submissive, passive, silent and deferential to the sexual desires and demands of men.

While a student at Georgetown Prep just outside Washington, Brett Kavanaugh, by his own admission, actively participated in the school's culture of extreme partying and excessive drinking. The culture at Georgetown Prep, according to many accounts, also nurtured disrespect, harassment and objectification of girls and women.

That passage continues: "If that man is any kind of man, he’ll allow himself to feel the awesome power, the wonderful beauty, of uncontrollable male passion.”

Kavanaugh was also part of a "secret society" at Yale University officially called Truth and Courage, but often called "Tit and Clit."

Deborah Ramirez, who attended Yale with Brett Kavanaugh, has told the New Yorker that one night at a raucous party Kavanaugh exposed himself, thrusting his penis in her face.

Kavanaugh has consistently chosen to be part of a white male subculture -- one that exists in many fraternities and organizations around the United States -- that encourages a predatory, violent model of masculinity. Kavanugh was obviously attracted to such values. It strains credulity to believe that Kavanaugh did not, on a basic level, internalize and reproduce those values in other areas of his life.

Years later, Kavanaugh made additional choices to leverage and grow his mountains of social capital. Mother Jones, in a story about Kavanaugh's murky finances, revealed that the current U.S. circuit court judge is a member of the Chevy Chase Club, an exclusive Maryland country club located in a village that remains virtually all white.

Until 1976, the Chevy Chase Club did not admit African-Americans or Jews. A reporter from the Telegraph wrote in 2011: “Order a cocktail at the Chevy Chase country-club and you’ll step back into ante-bellum Savannah. The blacks wait on Wasps, showing all the deference expected of them. You won’t find many Cohens either, lounging on the well-kept lawn.”

Class prejudice is omnipresent in the discussions and debates about Brett Kavanaugh's alleged sexual assaults and his fitness for the Supreme Court. So much so that few journalists and other commentators have discussed it. Members of America's elite class are usually loath to talk about the realities of social class.

But those Americans who are members of the working class -- myself included -- as well as those not born into families or communities possessing large amounts of social capital or other economic advantages, understand the realities of class in America very well.

Kavanaugh's defenders and apologists seem aghast that a white man of "good breeding" and "good stock,"  a "Georgetown Prep man" and a "Yale man," could be accused of doing something as ghastly as assaulting a vulnerable woman or girl. This is all so much willful blindness and self-serving delusion about the realities of race and gender and class in America.

White men and boys (and yes, white women and girls too) born into America's elite are insulated from the consequences of their poor decision-making. To that end, white men are infantilized. Black and brown men (and black and brown women as well) are pathologized. White women benefit from this dynamic as well -- albeit in ways that are complicated by sexism. Affluenza is one of the many ways that white privilege works for wealthy, upper-class and otherwise materially advantaged white Americans.

Social psychologists have demonstrated, for example, that America's elites --predominantly white men -- lie, cheat and engage in other unethical practices more often than other groups.

Researchers have shown that "winners" are also highly skilled at rationalizing their victories, even if the outcome is the result of cheating. America's corporate class and other members of the social and economic elite are also involved in criminal behavior which is estimated to cost the United States economy, at a minimum, $1 trillion a year.

Elite white men like Brett Kavanaugh have ruined the environment, subverted American democracy and engaged in economically destructive and ruinous behavior. These are not the collective sins of the working class or poor in America.

America's elites are mostly antisocial and self-interested. In many ways to reach the highest levels of power, especially in a capitalist society -- and to stay there -- requires a person and group to act in such a manner. But having money and other resources does not a priori deem a person to be of the "high character" and "good morals" that Kavanaugh's defenders assume.

Being born into, accruing or otherwise possessing social capital is not an automatic indicator of a given person's character or morality. It most certainly should not be a defense against charges of rape or sexual assault.

Brett Kavanaugh's Supreme Court nomination is a lesson about gender and race. This moment is also a lesson about class and how it remains true that in the United States white male elites are customarily protected from the consequences of their own poor decisions and bad behavior.