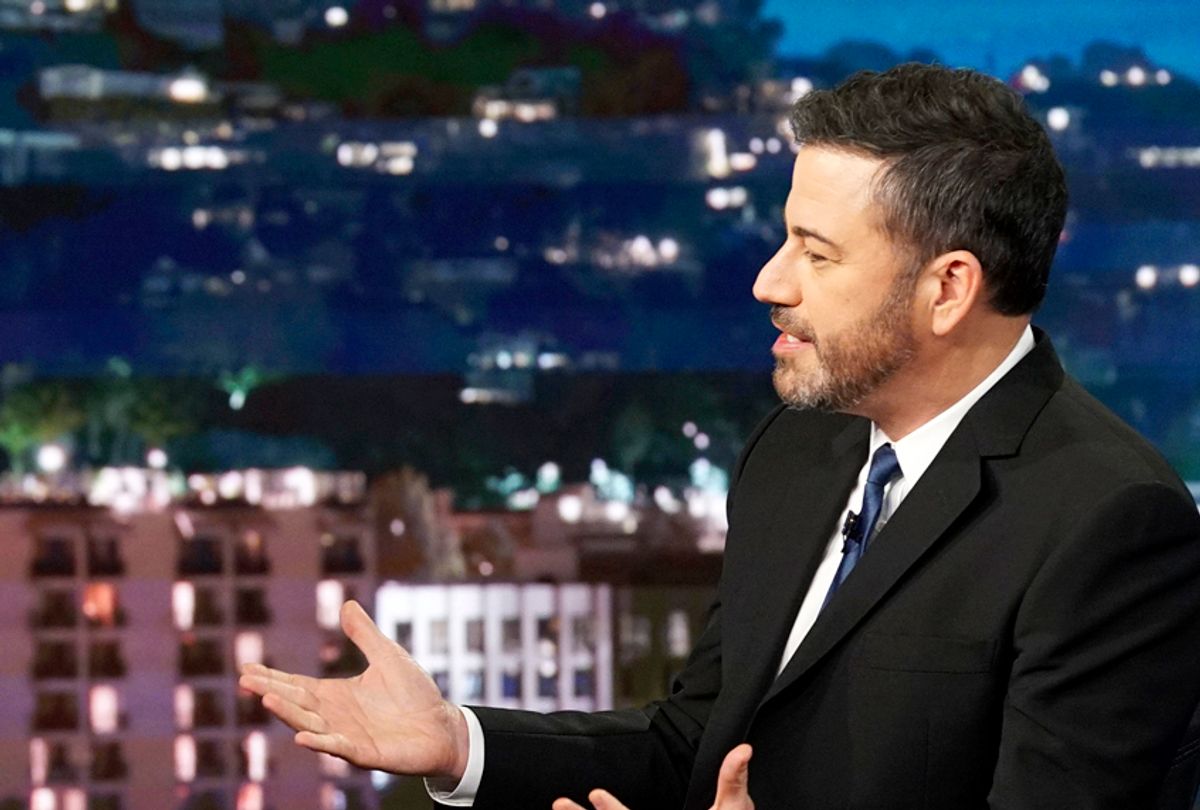 Jimmy Kimmel ripped Republican cowards for refusing to question Christine Blasey Ford — and then angrily defending Brett Kavanaugh once she was out of the room.

“Even the gang at Fox News agreed that she was believable,” Kimmel said. “She was everything the Democrats hoped she would be. She was polite, likable, well-spoken. And maybe more than anything — it was striking to see someone questioned before the Senate who actually answered questioned. I think that’s a first.”

The ABC host recoiled from Kavanaugh’s “loud and angry” testimony, and called the judge the “world’s worst celebrity spokesman for beer,” but he saved his strongest criticism for Sen. Lindsey Graham (R-SC), who took over the hearings with an emotional outburst.
“Some of the Republican senators put on quite a show of fabricated outrage today, and in particular, Lindsey Graham,” Kimmel said.

“Once Dr. Ford was safely out of the room,” he continued, “Lindsey Graham really laid down the law. He warned Democrats that if this is the new normal, if this is the way it’s going to go, they better watch out for their own Supreme Court nominees, as if Merrick Garland isn’t out there somewhere judging a dog show right now.”

Kimmel said the South Carolina Republican was showing off for the president.
“Somebody must have told Lindsey Graham that Donald Trump was watching, because he lit up like someone left a thumbtack on Liberace’s piano bench,” Kimmel said.