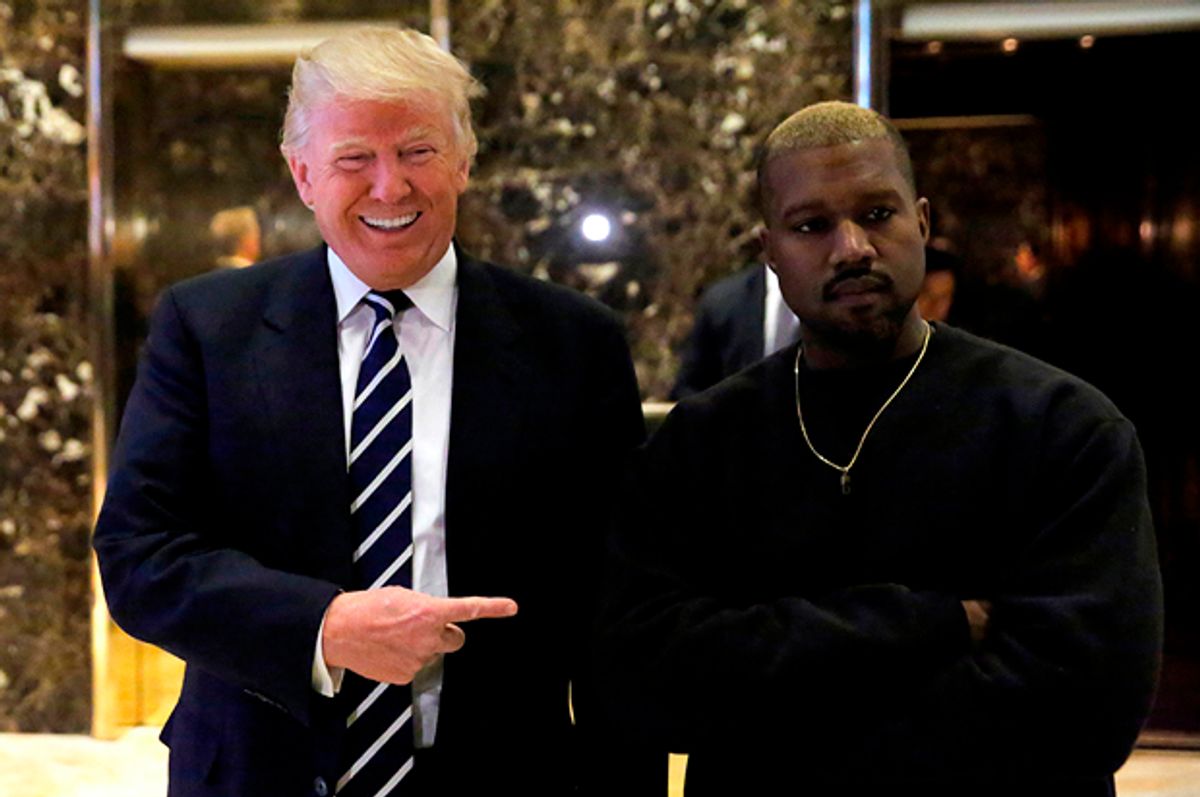 Kanye West, the rapped who recently changed his moniker to the mononym Ye, went on a rant supporting President Donald Trump to a booing audience and laughing Chris Rock for "Saturday Night Live."

Although Ye's pro-Trump moment didn't make it to air, Rock was thankfully there to record it and post it online for the whole world to witness.

The videos of Ye's political speech tend to cut in and out, but based on the clip captured by Chris Rock as well as one published on The Daily Beast, it is fair to say that these were the most notable sentiments expressed by the famous musician:

"I wanna cry right now, black man in America, supposed to keep what you’re feelin’ in side right now…"

"The blacks want always Democrats… you know it’s like the plan they did, to take the fathers out the home and put them on welfare… does anybody know about that? That’s a Democratic plan."

"There’s so many times I talk to, like, a white person about this and they say, ‘How could you like Trump? He’s racist.’ Well, uh, if I was concerned about racism I would’ve moved out of America a long time ago.'"

"And when I said I'll run in 2020... Now you've got a situation where we need to have a dialogue, and not a diatribe, because if you want something to change it's not gonna... So it's easy to make it seem like it's so, so, so one-sided."

Ye's appearance on "Saturday Night Live" was apparently a last minute arrangement. The plan had been for Ariana Grande to be the musical guest, but after she canceled at the last second, the show's famous producer Lorne Michaels asked Ye to appear in her place, according to Vanity Fair. Ye has made six previous appearances on the show, as well as an appearance on the program's 40th anniversary special, and when he appeared on Saturday he performed the songs "I Love It" and "K.T.S.E." Things got political when he decided to don a red "Make America Great Again" baseball cap during the closing credits and perform the song, "Ghost Town."

These were the moments that appeared on air. What did not appear on air, apparently, was West's political rant, which in addition to the excerpts above also apparently included this lashing out at people who have described his political support for Trump as analogous to the "sunken place" from the popular horror film "Get Out."

"You wanna see the sunken place? Okay, Im’a listen to y’all now. I’ma put my superman cape on, because this means you can’t tell me what to do… You want the world to move forward? Try love," West told the audience.

One person who was very positive about Ye's performance? Right-wing pundit Candace Owens, who has expressed support for Ye in the past and who has been on the receiving end of support from the rapper.

Although Ye has traditionally aligned himself with left-wing political ideas, he began to express more pro-Trump sentiments shortly after the reality TV star won the 2016 presidential election, according to Vanity Fair. In November 2016, he told a crowd in San Jose that "if I would have voted, I would have voted on Trump. That don’t mean that I don’t think that black lives matter. That don’t mean I don’t believe in women’s rights. I wanted to say that before the election, but they told me, ‘whatever you do, don’t say that out loud.’ Not only did I not vote, but there were a lot of things I actually liked about Trump’s campaign. His approach was f---ing genius—because it worked." He also argued, "Specifically to black people, stop focusing on racism. This world is racist, O.K."

After meeting with the president-elect at Trump Tower in December, Ye returned to the subject of the president in April 2018 when he started tweeting increasingly political statements, including one that proclaimed "you don’t have to agree with trump but the mob can’t make me not love him. We are both dragon energy. He is my brother. I love everyone. I dont agree with everything anyone does. That’s what makes us individuals. And we have the right to independent thought."