Graham also appeared on Maria Bartiromo's show to denounce Democrats... and distort his own record 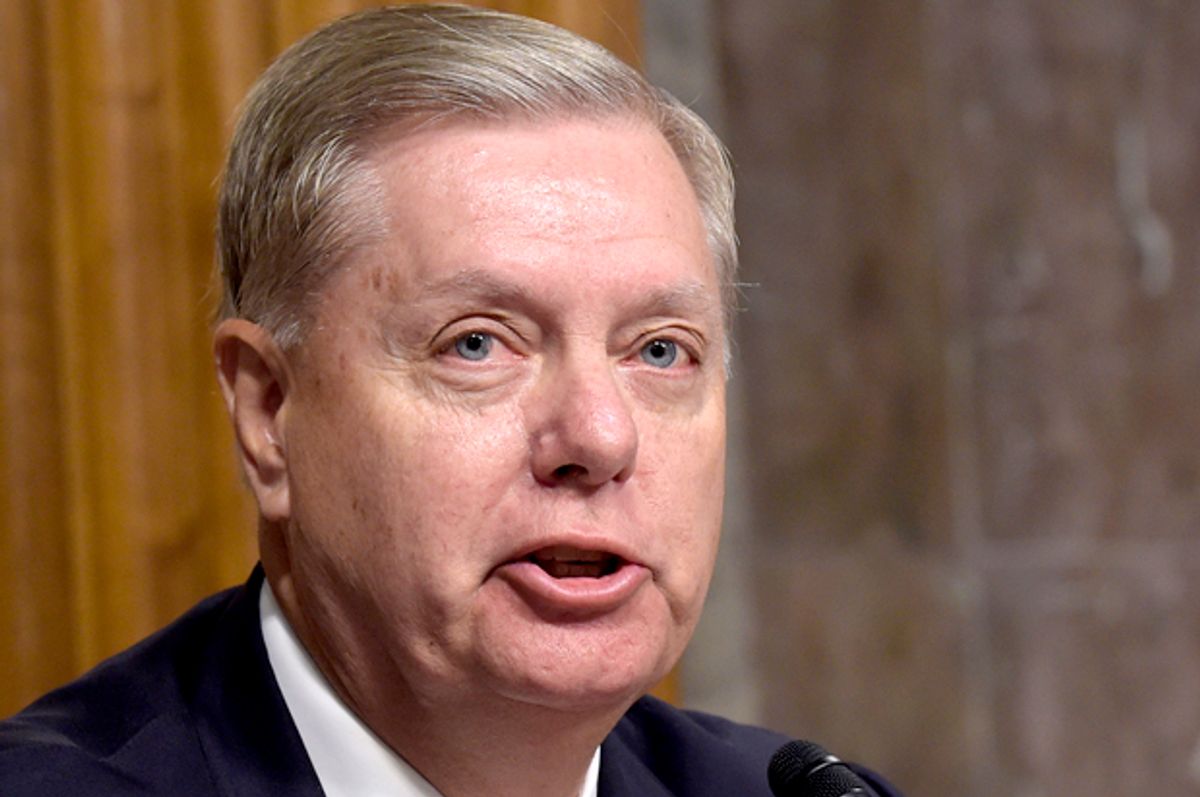 Sen. Lindsey Graham, R-S.C., is now calling for an investigation into the Senate Democrats who have drawn attention to the sexual misconduct accusations against Judge Brett Kavanaugh, President Donald Trump's nominee for the Supreme Court.

"We’re going to do a wholesale and full-scale investigation of what I think was a despicable process," Graham said on ABC's "The Week" on Sunday, according to NBC News. When pressed for details, Graham said he wanted to learn "who betrayed Dr. Ford’s trust, who in Feinstein’s office recommended Katz as a lawyer, why did Ms. Ford not know that the committee was willing to go to California."

Graham reiterated these sentiments during an appearance this weekend on the Fox News show of Maria Bartiromo. During that appearance, he also discussed his Thursday meltdown at the Senate Judiciary Committee hearing, during which he referred to the hearings against Kavanaugh as "the most unethical sham since I’ve been in politics."

"I've known Brett for twenty years. He's gone through six FBI background investigations. He has supported more women to be his law clerk than any circuit judge in the country," Graham told Bartiromo. "He's highly respected. Not one hint of impropriety. And they tried to destroy his life. I voted for Sotomayor and Kagan. This was about delaying the hearing, keeping the seat open past the midterms, so it could be filled in 2020. There are no rules when it comes to Brett Kavanaugh. I honored Obama's election. He got to pick Sotomayor and Kagan. They don't want to honor President Trump's ability to pick a fine man."

What Graham left out of his rant on Bartiromo's show was the fact that he supported delaying the confirmation of Judge Merrick Garland to the Supreme Court after he was nominated by President Barack Obama following the unexpected death of Judge Antonin Scalia in 2016. As Politico reported at the time:

Sen. Lindsey Graham (R-S.C.) heaped praise for Merrick Garland after meeting privately with the Supreme Court nominee on Wednesday, but said he won’t change his mind on not moving his nomination this year.

Graham, a member of the Judiciary Committee, said he told Garland that despite his credentials, the Senate won’t act on replacing deceased Justice Antonin Scalia until a new president is elected in November.

“He’s a very nice man. He’s, I think, an honest, very capable judge,” Graham told reporters after his sit-down with Garland. He noted that Garland “worked well” with current Chief Justice John Roberts when both men were on the D.C. Circuit Court, “so there’s no beef with him. Well-qualified man.”

Although Graham also tried to make it seem like he felt as badly for Ford as he did for Kavanaugh, this was not the position he took when he spoke with Fox News host Sean Hannity after the hearing, according to Time Magazine.