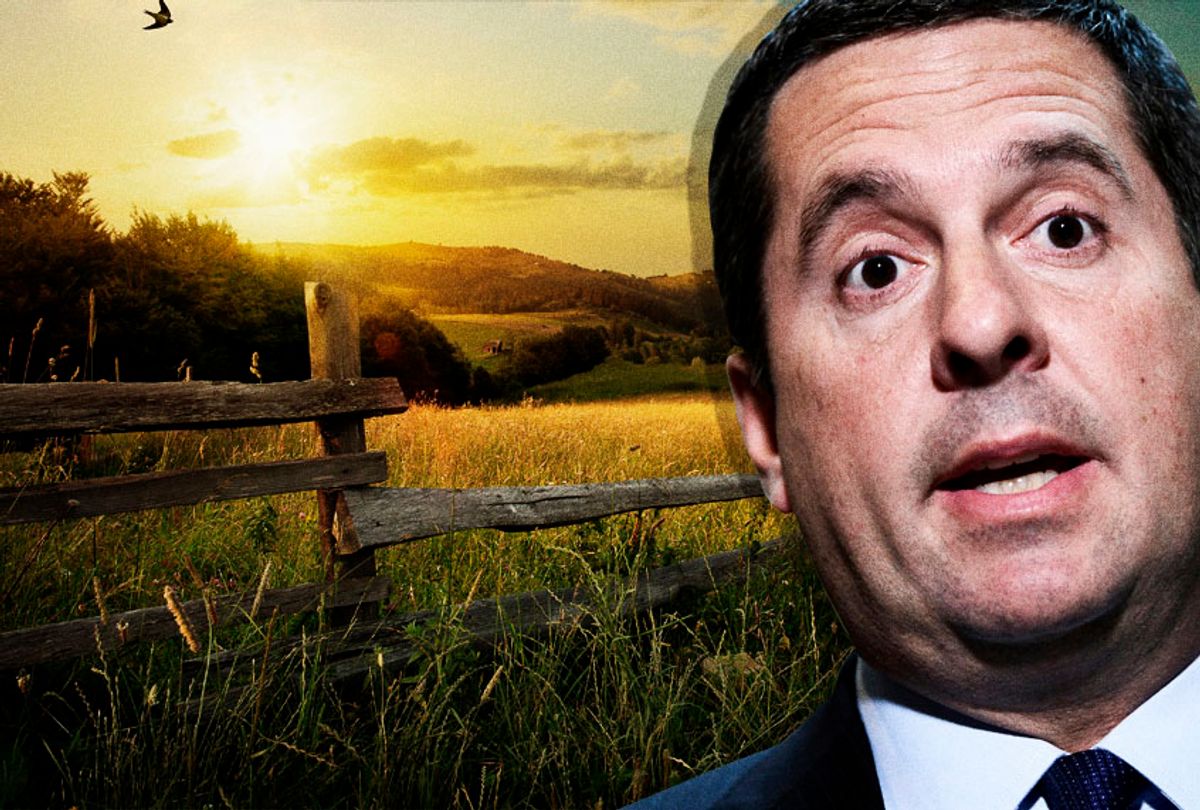 Rep. Devin Nunes, R-Calif., has gained considerable notoriety since the beginning of Donald Trump's administration for openly siding with the president during the Trump-Russia investigation instead of remaining neutral — a pretty big deal, considering that he is chairman of the House Intelligence Committee, which is supposed to help investigate those kinds of accusations.

Now it turns out that Nunes' family farm — which is located in Iowa, despite Nunes representing a district in California — may have good reason to be frightened of the president's staunch anti-immigrant policies: It is quite likely that they use undocumented immigrant labor.

To be clear, it has not been proved that Nunes' family farm employs undocumented workers, but the circumstantial evidence is pretty overwhelming. When reporter Ryan Lizza from Esquire visited the Iowa town of Sibley to learn more about the Nunes family dairy farm, he was told by several reliable sources — from town residents to former employees at the farm — that the overwhelming majority of the workers at the farm were undocumented immigrants. Similarly, as Lizza went about his business in the community, he discovered that his car was followed by members of the Nunes family, including Nunes' mother, brother and sister-in-law. On one occasion, a source that had opened up to him received a strange phone call and was suddenly scared off.

"It is disgusting that Devin Nunes has been lying for years about his family farm, pretending he is one of us," Andrew Janz, the Democrat running against Nunes in his district, said in a public statement. "Devin has shown once again that he's left the Valley and the values we hold dear behind just to make a profit. His family moving their farm to Iowa and lying to Californians to protect Devin's political career is just the latest and most heinous example. We deserve better."

Speaking exclusively to Salon, Janz also described his outrage at a number of demonstrably false statements that the Nunes campaign had made attacking his record as deputy district attorney, as well as the Fresno Bee newspaper for calling him out on them.

"Devin Nunes has no choice but to bash my strong record as a law enforcement official and attack our local paper that has endorsed him 8 times because he is afraid to talk about the issues," Janz told Salon. "It's clear Devin has accomplished little to nothing for our Valley and is heading into this election extremely insecure. I'm going to keep talking about my plans on healthcare, immigration, and water while Nunes hides from 6 debate invites and continues to play fixer for our President."