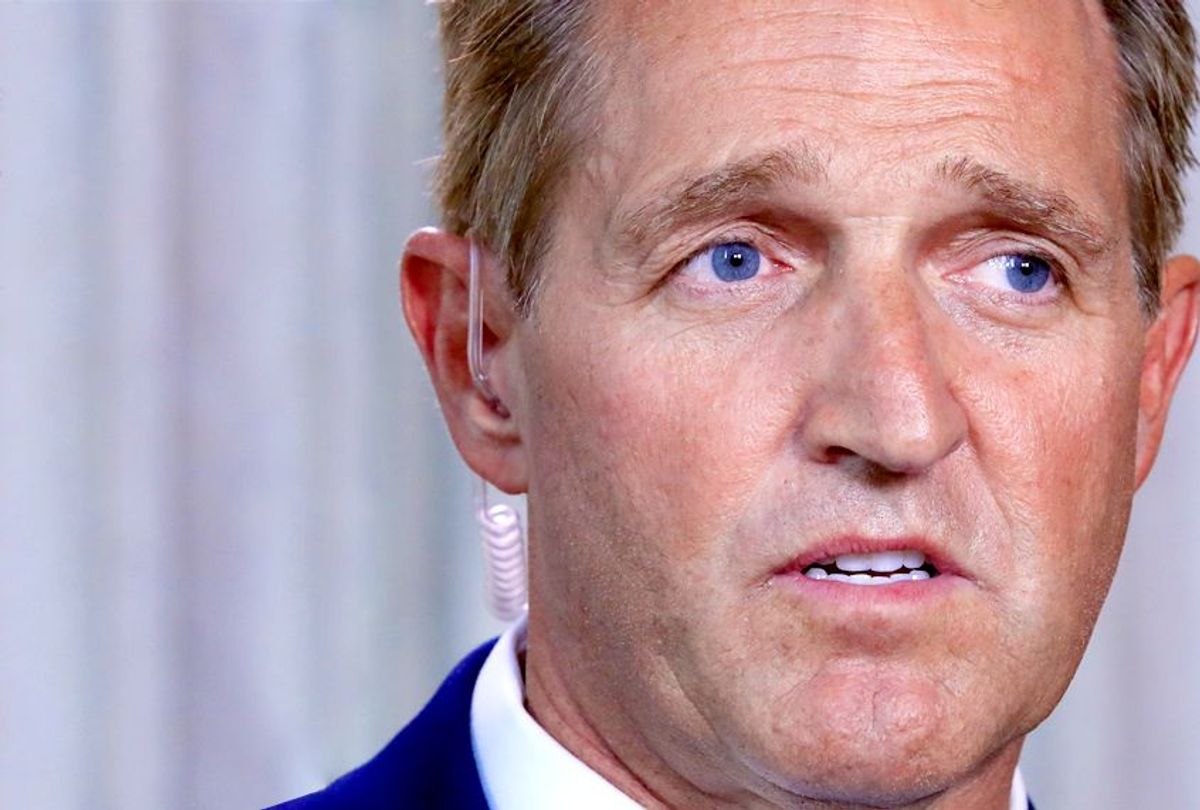 Sen. Jeff Flake, R-Ariz., admitted during a Sunday interview on "60 Minutes" that he wouldn't have been able to support an FBI investigation into the sexual misconduct accusations against Supreme Court nominee Brett Kavanaugh if he had been running for reelection.

"No, not a chance," Flake replied.

After Pelley asked for clarification on the matter, Flake reiterated that there was no chance he would have been able to support the FBI investigation under normal political conditions.

"Because politics has become too sharp, too partisan?" Pelley asked.

When Pelley asked Flake and Sen. Chris Coons, D-Conn., if they would oppose Kavanaugh's confirmation if the FBI probe determines that he lied in his testimony to the Senate, both men insisted that they would work to stop him from serving on the Supreme Court.

"Oh, yes. I would think so," Flake and Coons said in response to Pelley's question.

This statement is notable because one of Kavanaugh's former friends and classmates from Yale, Chad Ludington, released a statement in The New York Times accusing the judge of lying in his Senate testimony.

"I can unequivocally say that in denying the possibility that he ever blacked out from drinking, and in downplaying the degree and frequency of his drinking, Brett has not told the truth," Ludington wrote.

"I felt it was my civic duty to tell of my experience while drinking with Brett, and I offer this statement to the press. I have no desire to speak further publicly, and nothing more to say to the press at this time. I will, however, take my information to the F.B.I.," he added.

A recent poll by Harvard CAPS/Harris found that 60 percent of registered voters believe that Kavanaugh should be confirmed if the FBI investigation finds no corroboration of the accusations against him, according to The Hill. It also found that 66 percent of Americans agree with Flake's decision to put a pause on the Kavanaugh confirmation in order to have the FBI investigation, including 69 percent of independent voters, 45 percent of Republican voters and 80 percent of Democratic voters. Republican voters overwhelmingly want Kavanaugh to be confirmed without further delay and were ready for a vote as early as last week.

Sixty-three percent of the people polled also believe that Kavanaugh will eventually be confirmed to the court, with the survey finding that most Americans don't think the FBI investigation will reveal anything new. Seventy-two percent of Republicans want Kavanaugh to be confirmed immediately and 86 percent would feel that way if the FBI report is favorable. By contrast, 60 percent of Democrats would oppose Kavanaugh's confirmation even if the FBI investigation fails to corroborate the story of Kavanaugh's most prominent accuser, Dr. Christine Blasey Ford.