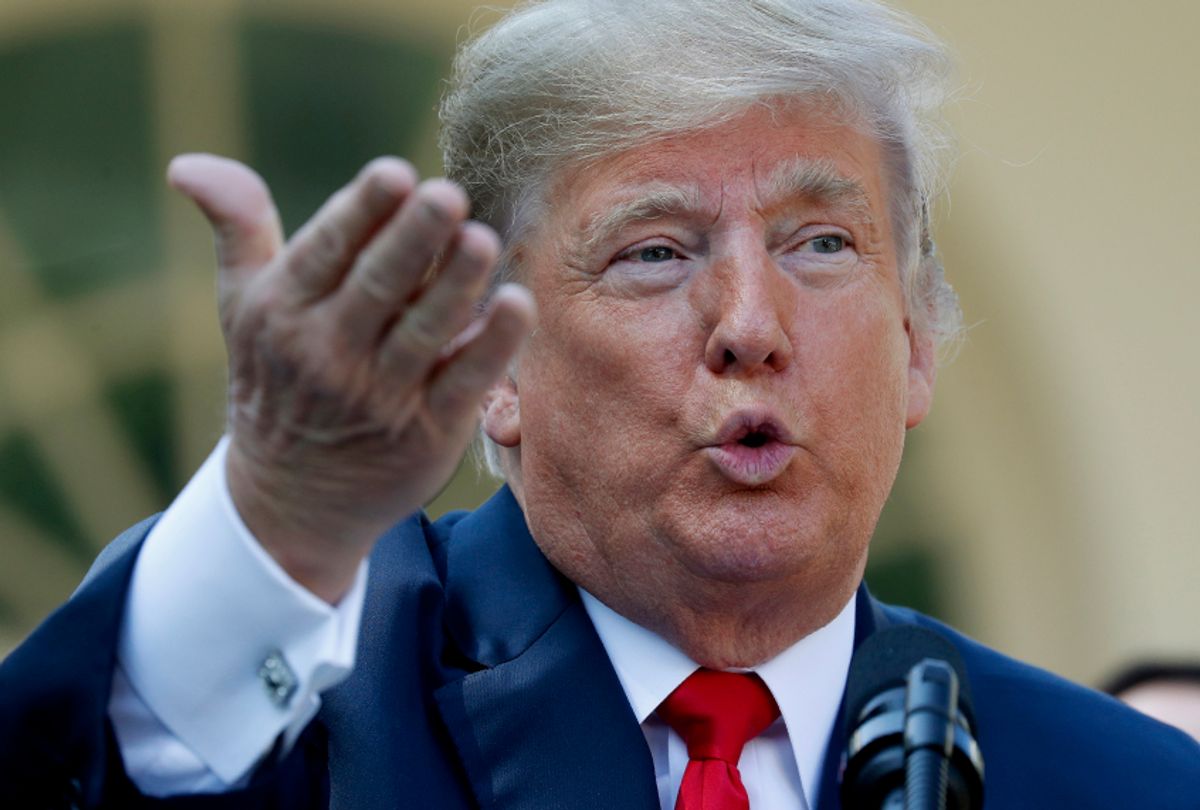 During a press conference in the Rose Garden Monday, President Donald Trump spoke of the updated trade agreement he was able to reach between the United States, Canada and Mexico over the weekend. But the press conference quickly turned sour when Trump picked ABC News's Cecilia Vega first for the question-and-answer component, then immediately insulted her intellect.

"She’s shocked that I picked her. She’s in a state of shock," the president said, as Vega grabbed the microphone from behind her.

"That’s okay, I know you’re not thinking," Trump said. "You never do."

Reporters were clearly taken aback by Trump's brazen and unprovoked gag, but it didn't end there.

When Vega attempted to ask about the scope of the newly launched FBI investigation regarding the sexual assault allegations made against Brett Kavanaugh, Trump replied, "What does that have to do with trade? I don't mind answering the question, but I'd like to do the trade questions."

"It has to do with the other headline in the news, which is the Kavanaugh nomination," Vega said.

"We'll do that a little bit later," Trump said, and called on someone else.

But the president's reluctance to speak about Kavanaugh continued. After a few questions were asked about the trade agreement, another reporter, CNN's Kaitlan Collins tried to return to Kavanaugh.

"Don't do that, that's not nice," Trump interrupted her. Collins continued trying to ask her question while Trump grew more stern, "Excuse me, don't do that, do you have a question on trade?" he said.

Later on in the press conference, Trump lamented what he said was unfair coverage and inaccurate reporting. "I certainly had that with my election," he said. "They were telling me I was, you know, in trouble in certain states, and I ended up winning in a grand — like, in a landslide. And I knew I was going to win them in a landslide, but they wouldn’t report it that way. You know why? Fake news."

After the conference, Vega tweeted, "A news conference means you get to ask whatever question you want ask."

While Trump has not held back in his criticism of reporters, he tends to exhibit much less respect towards women. Washington Post correspondent Amber Phillips wrote that "when Trump wants to attack women, he often resorts to stereotypes, reducing women to their looks or their intellect (or supposed lack of it) in many instances."

One of the most egregious examples of this was on display when Trump insulted MSNBC anchor Mika Brzezinski, or as he referred to her, "low I.Q. Crazy Mika." Trump claimed she "was bleeding badly from a face-lift" when she tried to court him for an interview last year.

Eventually, Trump allowed Vega to ask her question about the FBI investigation into the allegations against Kavanaugh and he replied, according to the Post: "I consider you a part of the Democrat Party."