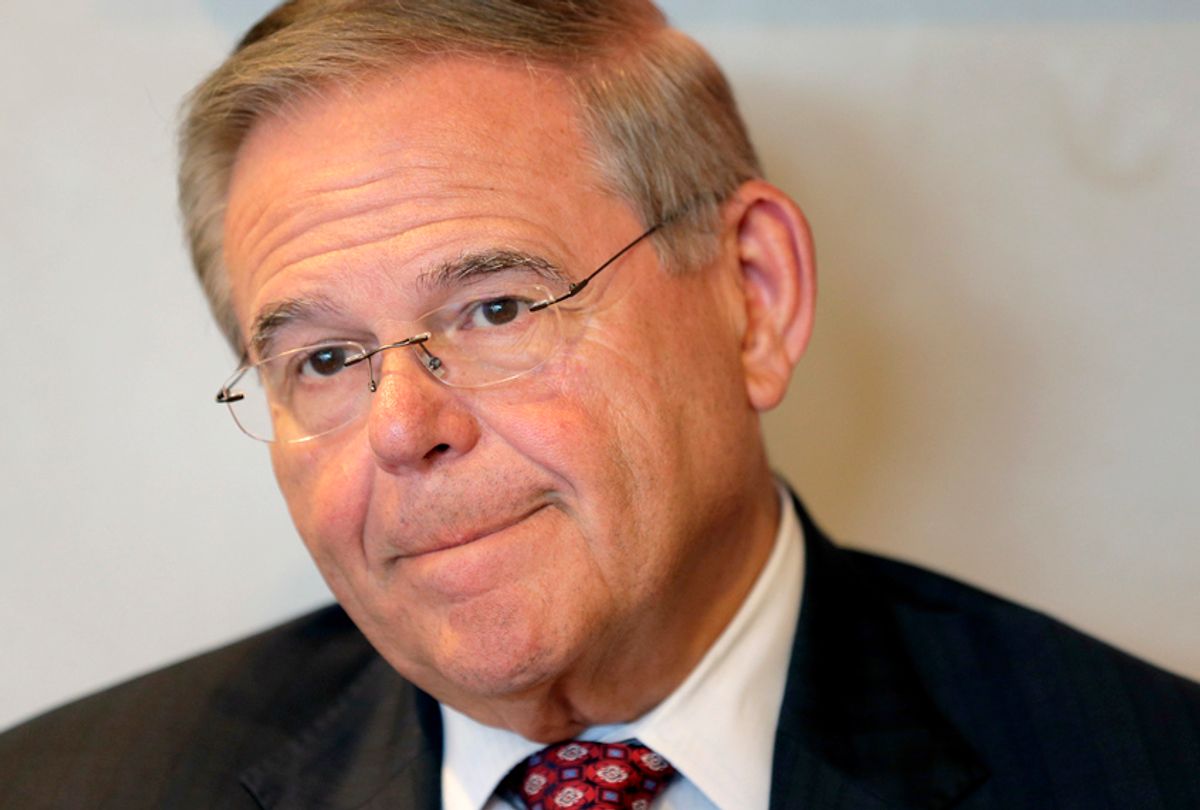 Senator Bob Menendez of New Jersey, a Democrat, only has a single-digit lead against Republican challenger Bob Hugin in his tight race for re-election, according to a Stockton University poll released Monday. The poll is the most recent to suggest the public has a negative view of the senator, who survived a six-week corruption trial late last year after the jury deadlocked.

The survey, comprised of likely New Jersey voters, reveals that Menendez leads Hugin by two points — 45 percent to 43 percent — a difference within the poll's margin of error of plus or minus 4.25 percentage points. Likely voters were asked who they would cast their ballot for if the election for U.S. senator from New Jersey were held today. Of those likely voters, seven percent said they did not know who they would pick.

Murray Sabrin, the Libertarian candidate, was also included as an option on the Senate ballot, garnering the support of three percent of likely voters.

Menendez would normally cruise to re-election given President Donald Trump's low approval rating in the Garden State and the state's normal blue state status. New Jersey voters have not sent a Republican candidate to the U.S. Senate since 1972.

"With a two-point lead falling within the poll's margin of error, the Senate race at this point is up for grabs," said Michael W. Klein, interim executive director of the William J. Hughes Center for Public Policy at Stockton University.

"Bob Hugin has been attacking Senator Menendez on ethics with a heavy advertising campaign. However, with so many voters still unfamiliar with the Republican, Menendez will likely try to define his challenger in negative terms," Klein said.

Roughly 59 percent of voters say the corruption charges against Menendez are an "extremely important" or "significant" factor in their vote, while 51 percent say the same about the way Hugin profited off an expensive cancer drug while he was CEO of a pharmaceutical company, according to the poll.

The poll reveals that Trump remains unpopular in the Garden State, with 50 percent of voters rating his job performance as "poor" and another 14 percent as "fair." Just 22 percent say Trump is doing an "excellent" job as president while 14 percent rate it as "good."

As of this writing, Democrats have a one in four chance — 26.8 percent — of reclaiming control of the upper chamber, according to FiveThirtyEight.

The Stockton Polling Institute of the William J. Hughes Center for Public Policy at Stockton University surveyed 531 New Jersey likely voters from Sept. 19 through Sept. 27 by live callers via telephone. The margin of error for total respondents in New Jersey is plus or minus 4.25 percentage points.