"I am ashamed": Beto O'Rourke apologizes for his "demeaning comments about women" 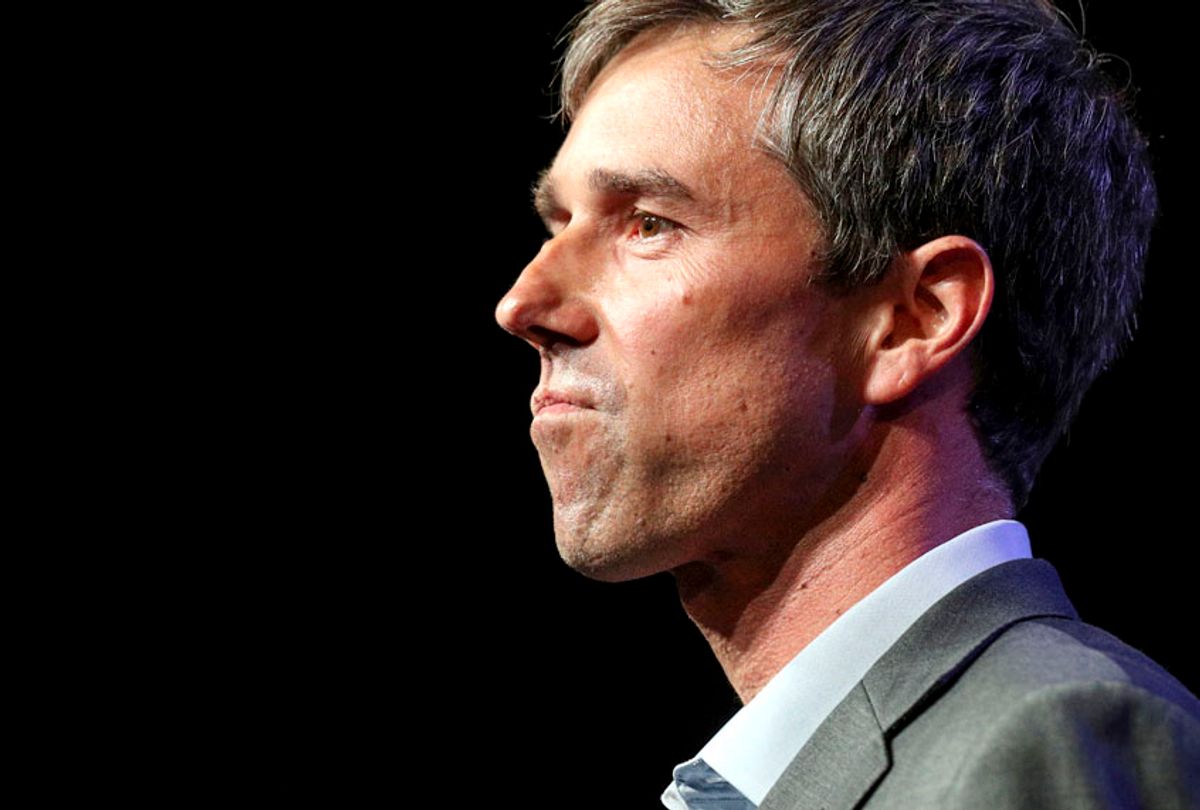 Beto O'Rourke, the Democratic hopeful challenging Republican senator Ted Cruz in the midterms next month, has come under fire for a Broadway musical critique he wrote in 1991 that included objectifying and degrading language regarding the actresses. O'Rourke told Politico, which first reported the review, in a statement, "I am ashamed of what I wrote and I apologize. There is no excuse for making disrespectful and demeaning comments about women."

As a 19-year-old, O'Rourke reviewed the musical "The Will Rogers Follies" for Columbia University's weekly student newspaper, Columbia Daily Spectator, and railed into the performance, saying it represents "one of the most glaring examples of the sickening excesses and moral degradations of our culture."

But beyond criticizing the show, which won Tony Awards for categories like Best Direction of a Musical, as well as a handful of others, O'Rourke had especially harsh words for the women starring in it. In his review, he described them "as perma-smile actresses whose only qualifications seem to be their phenomenally large breasts and tight buttocks."

"The production, done in the ostentatious Ziegfield tradition, is little more than one boring, pointless song and dance number after another," O'Rourke, under the byline Robert O'Rourke wrote on October 10, 1991. "Basically, the show documents the life of Will Rogers, the 'lassoing fool,' who rose from being an insignificant side show attraction to one of the more prominent political pundits and cultural statesmen in our history. Yet it is produced and directed in such a showy, glitzy, and ultimately, tacky manner, that one cannot help feeling disgusted throughout the show."

The short review goes on to criticize "the multitude of scantily clad men and women," and also concluded with an admission. "One thing that should be taken into consideration, however, is that I was the youngest person in the crowd by about 60 years," O'Rourke wrote. "Though I found it revolting, most people from that long-ago, faraway generation really enjoyed the show, and were very pleased with the performances."

O'Rourke's crude review is the only article he wrote for the newspaper, according to an archive search conducted by Politico, and the publication first learned of its existence when a person who opposes the Democratic candidate's Senate campaign, flagged it. While O'Rourke's review was dredged up for political motivations, it does signal that Democrat men will be forced to acknowledge past mistreatment of women.

It's a reality that former vice president Joe Biden is facing as he considers a presidential run in 2020. A major point of contention for him in the era of #MeToo is the past perception that he mishandled Anita Hill's sexual harassment accusations against then-Supreme Court nominee Clarence Thomas.

O'Rourke is in the thick of a high-profile Senate race against Republican incumbent Ted Cruz. The Texas politician has served in the U.S. House of Representatives since 2013 and is part of a new crop of progressive Democrats running for major elections this November, who are engaging new, diverse voters.

"Our contention is that if no one’s ever shown up, and listened to you, and incorporated your story into why they’re campaigning, and the expectations that we’re setting for one another, then I wouldn’t expect you to vote either," O’Rourke told The Texas Tribune on Saturday at a rally.

The most recent Quinnipiac poll determined that Cruz has a nine-point lead. Yet, O'Rourke leads 97 - 3 percent amount black voters and 54 - 45 among Latino voters.