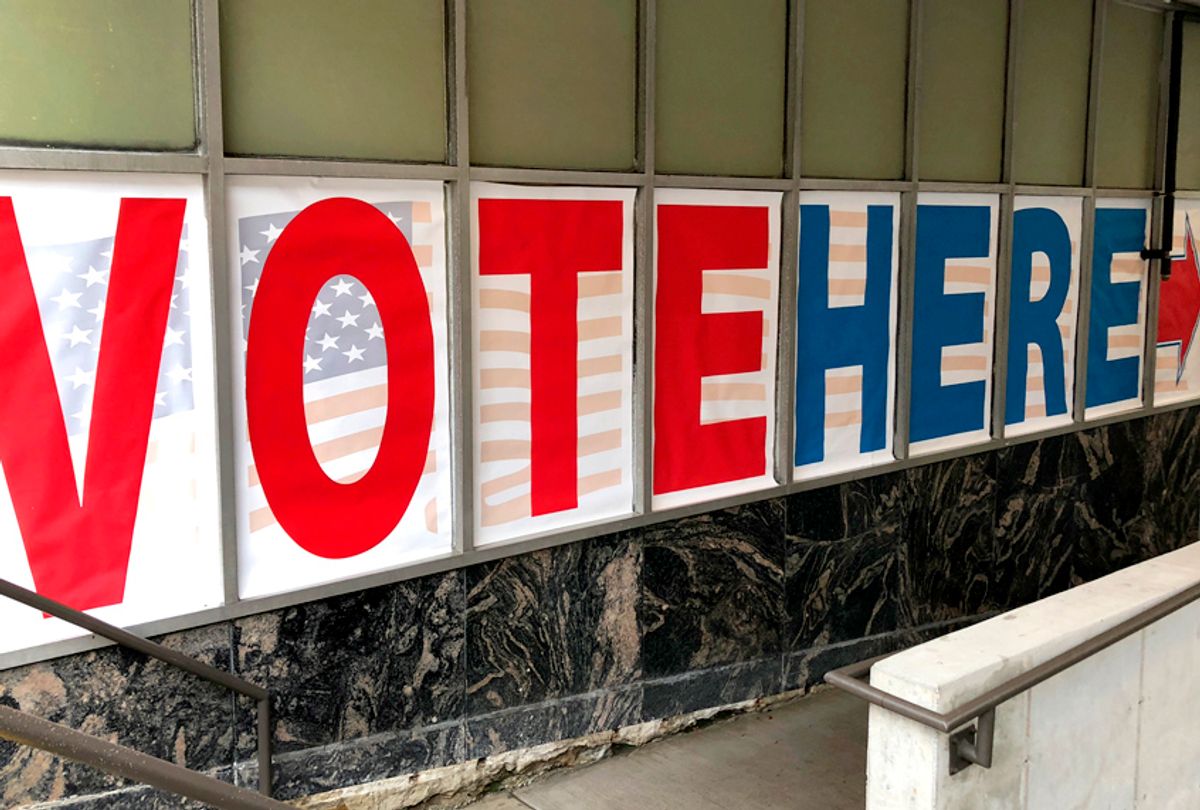 An EMC Research poll published Monday shows 74 percent of Florida voters backing Amendment 4, a ballot initiative that would restore voting rights to nearly 1.5 million Floridians who lost them due to criminal convictions. Another poll from the University of North Florida similarly found 71 percent of respondents in support of the amendment. The amendment must pass with at least 60 percent of the vote to be approved. According to the EMC survey, the amendment is backed by 92 percent of black voters, 74 percent of white voters, 88 percent of Democrats and -- perhaps surprisingly -- even by 59 percent of Republicans.

If approved, the amendment would automatically restore voting rights to people with prior felony convictions, except for those convicted of murder or felony sexual offenses, once their sentence have been completed. Florida is one of four states where felons do not regain their right to vote unless the state restores it on an individual basis.

According to a report from The Sentencing Project, more than 10 percent of Florida's population is disenfranchised due to felony convictions. In a state closely balanced between Democrats and Republicans that always plays a key role in presidential elections, restoring voting rights to ex-felons could shift the Sunshine State’s political calculus, presumably in the Democrats’ favor.

A similar movement to expand voting rights is also forging ahead in Michigan, another swing state carried by Trump.

According to an EPIC/MRA poll published by the Detroit Free Press last week, 70 percent of Michigan voters support the “Promote to Vote” ballot measure, which would allow for automatic voter registration and same-day registration on Election Day, allow anyone to vote via absentee ballots without a reason, and allow straight-ticket voting. Unlike in Florida, the ballot measure only needs to surpass a 50 percent threshold to pass.

These are just two election-related issues on the ballot in key states in 2018. Eleven states in total have ballot measures related to election issues. Maryland voters will decide whether the state should allow same-day voter registration. Nevada will vote on whether to adopt automatic voter registration. A number of other states will look at redistricting and campaign finance issues.

Voting rights landing on the ballot in an election cycle expected to draw high Democratic turnout is part of a larger strategy that progressive activists have used to pass popular policies like Medicaid expansion or marijuana legalization without having to deal with hyper-partisan statehouses that have been dominated by Republicans since 2010. Along with voting rights, four states will vote on legalizing marijuana, three states will vote on expanding Medicaid, and two states will vote on whether to increase the minimum wage.

“People who have come into power as a result of the current electoral system have less interest in changing that system,” Sean Morales-Doyle, counsel at the Brennan Center for Justice at New York University, told reporter Alan Greenblatt. “Direct democracy puts changes to elections in the hands of people without a direct vested interest.”

“People are just tired of waiting, and so they were ready to go and step up and get it done themselves,” added Katie Fahey, the president of Voters Not Politicians, in an interview with The Atlantic.