Trump's tariffs may doom Republican incumbents in the heartland

Rep. Rod Blum, a Trump-friendly Iowa Republican, trails in the polls and may become a victim of Trump's trade war 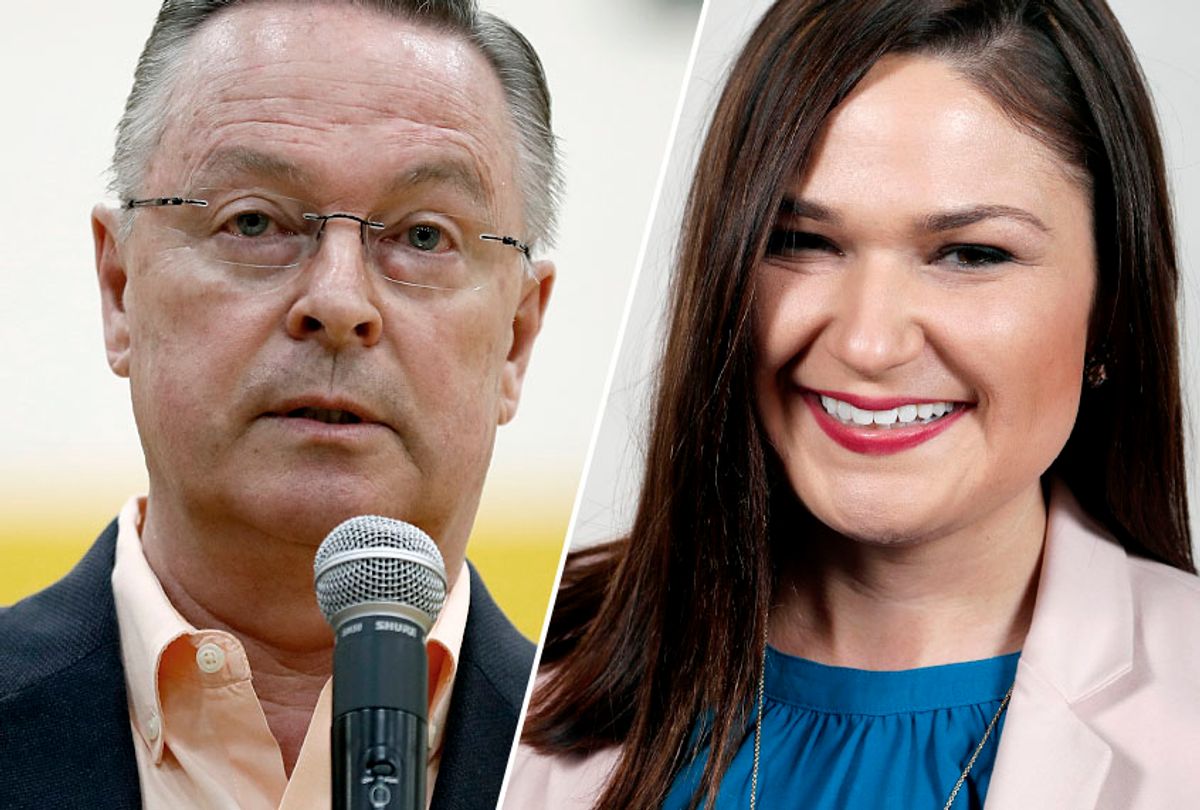 The Times survey suggests that attitudes in the Hawkeye State have shifted significantly since the 2016 election cycle. While Trump won the district and the state on the appeal of his economic message, 51 percent of voters in the district believe his policies have worsened their economic situation.

In what is likely no coincidence, voters also oppose Trump's signature tariffs by a margin of 55 percent to 36 percent, roughly the same margin as the 29-year-old Finkenauer’s lead over Blum, a conservative Republican and Trump supporter.

The impact of the tariffs on Republican hopes in farm-rich states like Iowa may not be limited to the 2018 election cycle either: The 1st district saw the number of registered Democrats increase by 5,387 between January and September, while Republican registrations fell by 743.

It is a trend playing out in various ways a number of key races featuring previously popular incumbent Republicans hampered by the president's unpopular economic policies. An NPR/Marist poll released earlier in September found that Democrats extended their lead over Republicans in the generic ballot from 7 percent to 12 percent, fueled largely by voters in Midwestern states like Michigan, Wisconsin and Minnesota where Trump support has eroded. The election-forecasting Cook Political Report shifted two races – in Minnesota's 2nd and 3rd districts – from toss-up to “Lean Democrat” last week.

The trend is not limited to races in the House, which FiveThirtyEight now consistently lists as a 75 to 80 percent chance of flipping to a Democratic majority in November. Senate Republicans are increasingly caught between the choice of hurting their chances in November by staying silent on the tariffs or angering Trump supporters and the president himself by speaking out against them.

Tennessee elected Trump with more than 60 percent of the vote and retiring Republican Sen. Bob Corker's Senate seat has not been held by a Democrat since 1995. Suddenly the state looks like a key target for a pickup as former Democratic Gov. Phil Bredesen leads Trump-aligned Republican Rep. Marsha Blackburn by 5 percent in a CNN poll released earlier this month.

Sen. Lamar Alexander, R-Tenn., who is not up for reelection this year, said the tariffs were “devastating” for his state and said they would “hurt Tennessee more than any other state.” Tennessee voters tend to agree: Forty-one percent believe the tariffs hurt the economy while just 28 percent say they help, according to an NBC News/Marist poll.

Blackburn, a fierce Trump ally, has not been as outspoken as Alexander but has tried to quietly make clear that she opposes the president's signature economic policy. At a debate with Bredesen on Tuesday, Blackburn insisted that China has waged a trade war with the U.S. “for decades,” but admitted she is “not a fan of tariffs.”

In North Dakota, a state Trump won with 62.9 percent, tariffs have become the key issue for Democratic Sen. Heidi Heitkamp, who has tried to model herself as a centrist willing to work with the president. Heitkamp recently launched a six-figure ad buy to attack her Republican opponent, Rep. Kevin Cramer, in an attempt to make the trade war a key issue in a race where both candidates agree on many other topics.

"Mr. Cramer, that trade war is costing my family a lot of money and you don't seem to care," a farmer says in the ad.

This approach appears effective so far. Heitkamp, who has been viewed as a top target for the GOP this election cycle, is in a virtual tie with Cramer, a three-term congressman who won his 2016 re-election bid for North Dakota's lone congressional seat with nearly 70 percent of the vote.