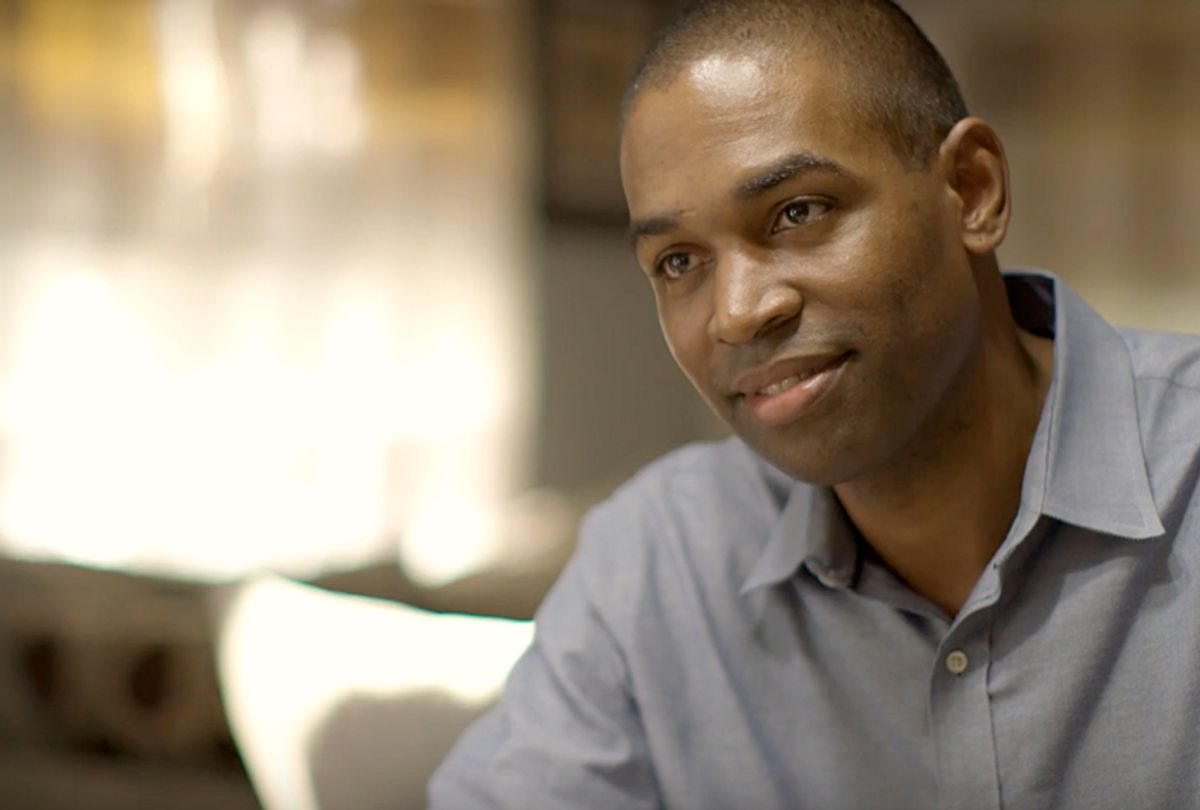 A Republican campaign ad in an overwhelmingly white district in upstate New York has labeled a black Rhodes Scholar and Harvard Law graduate a “big-city rapper.”

It's the second ad the Republicans have used to inject racial division into this tight race in a crucial swing district, which extends from suburban Albany into remote rural regions of the Catskill mountains and central New York state. The first showed images of Delgado as a candidate and from his rap past, when he was known as A.D. the Voice. The ad uses his decade-old lyrics to imply that he is misogynistic and un-American.

Delgado slammed the ad, calling it an attempt to “otherize” him in a district where most voters are white and said it was an attempt to distract from what voters really care about.

Delgado's opponent, incumbent Republican Rep. John Faso, insisted that he was not “race-baiting his opponent” and argued that he believed the decade-old lyrics “denigrated our nation and the free enterprise system, and often glorified pornography and drug use.”

Delgado, who is in a virtual tie with Faso, said he makes no apologies for his music.

“I’m very committed to the themes that I was concerned about then, chief among them people on the margins,” he said. “So for me to apologize, I would in essence be apologizing for what I am doing today.”

The ads targeting Delgado in some ways mirror the increasingly ugly campaign for Florida governor, where Tallahassee Mayor Andrew Gillum has battled similar attempts to “otherize” him in his race against Republican Rep. Ron DeSantis, who began his campaign by warning voters not to “monkey this up” by electing his black opponent.

DeSantis denied that the comment was racial and insisted it was a phrase he frequently used, but the events since Gillum's primary win leave no doubt there is a racial element to the campaign against him.

Days after DeSantis' comment, a racist robocall went out to Florida residents. The 78-second recording depicted a man speaking in a caricature of a black dialect while jungle noises play in the background. The robocall was reportedly paid for by a white supremacist podcast.

The trend is not limited to campaigns. Fox News has aired multiple segments this year that were such obvious dog whistles that they were praised by former Ku Klux Klan leader David Duke.

"In some parts of the country, it does seem like the America that we know and love doesn’t exist anymore," Fox News host Laura Ingraham said in August. "Massive demographic changes have been foisted on the American people, and they're changes that none of us ever voted for and most of us don't like."

"Wow. She just came right out and said it, in a scripted commentary, straight down the camera, knowing her mic was on,” he said. “No 'economic anxiety,' no 'some of them are good people.' Just 'I don't want people who don’t look like [her].'"