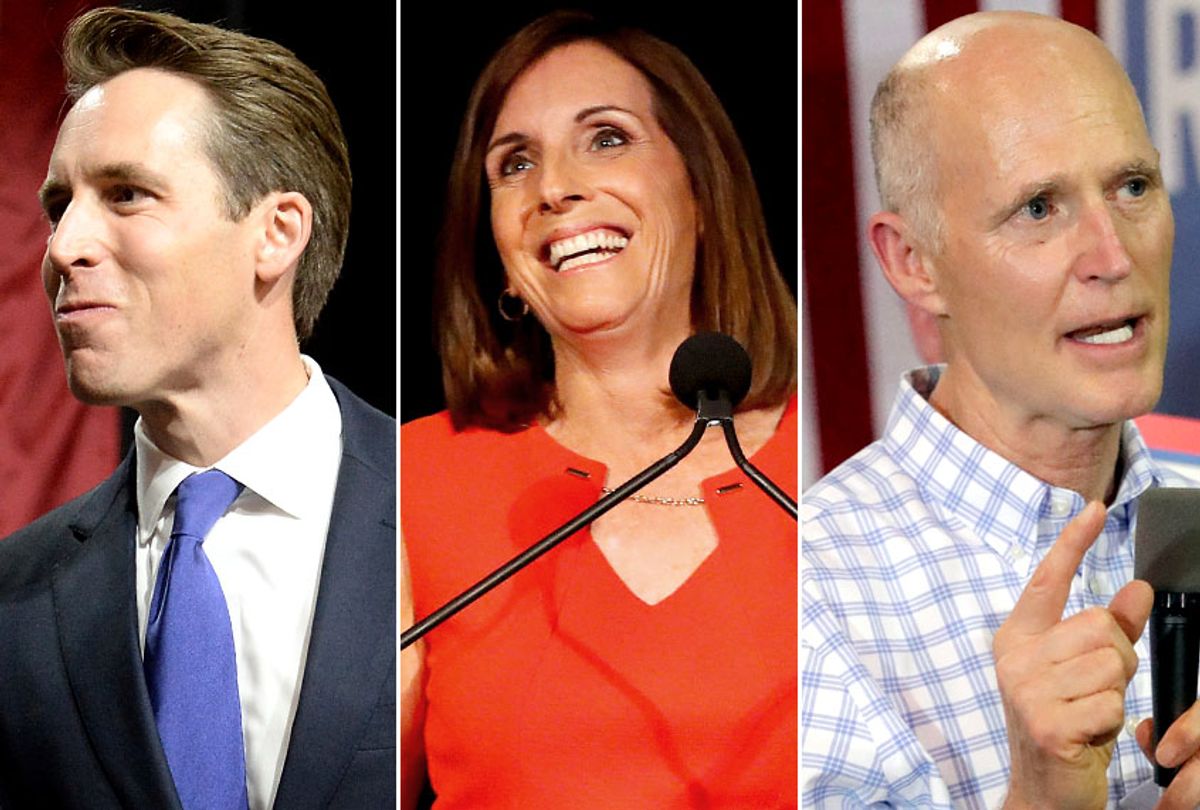 Josh Hawley, the Missouri attorney general who is running to unseat Democratic incumbent Sen. Claire McCaskill, was one of 20 state officials to join a lawsuit seeking to strike down Obamacare's protections for pre-existing conditions as unconstitutional.

This year, locked in a tight race with McCaskill, he has changed his tune.

“We need to cover pre-existing conditions,” he said in a statement this summer.

As HuffPost's Jonathan Cohn and Kevin Robillard point out, “Hawley and other Republicans have no concrete or well-developed plan for replacing the law with something that would provide the same kind of access.” Instead, Republicans like Hawley are now pushing a Senate bill that experts warn would not provide a solution to the problem.

Other Republican candidates are also promising to protect people with pre-existing conditions – despite trying to undermine those very protections.

Indiana Republican Senate candidate Mike Braun said he “definitely” supports protecting pre-existing conditions at an event in August. But as Politifact points out, Braun has repeatedly supported bills that "would have ended coverage for pre-existing conditions." He is running against Democratic Sen. Joe Donnelly, who appears to have a modest polling advantage at this moment.

West Virginia Republican Senate candidate Patrick Morrisey declared on Twitter in August that “we all agree pre-existing conditions need to be covered.” Like Hawley, Morrisey, in his capacity as state attorney general, signed on to the lawsuit that would have killed those protections. Incumbent Democratic Sen. Joe Manchin, initially viewed by Republicans as an easy target, appears comfortably ahead

Florida Gov. Rick Scott, who is running in a neck-and-neck race against incumbent Democratic Sen. Bill Nelson, said in a statement earlier this year, “I do not agree with efforts to remove pre-existing conditions.” But as governor, Scott joined the lawsuit to eliminate the protections under Obamacare and has repeatedly called on Congress to repeal the law.

Republicans are on the defensive about the issue because they are being hammered by Democrats.

“You shouldn’t have to worry about an attorney general taking away your health care,” a Missouri ad paid for by a Democratic PAC says. “I don’t know why you voted to allow insurance companies go back to denying coverage to people with pre-existing conditions. But I know [Democratic Sen. Heidi Heitkamp] would never do that,” says a similar ad in North Dakota.

According to the Wesleyan Media Project, half of all Democratic ads are focused on health care. It could prove to be a winning issue: Sixty-three percent of voters say a candidate's position on pre-existing condition protections are the “single most important factor” or “very important” to them this November. In a Fox News poll published last month, half of voters said that Democrats would do a better job on health care, compared to just 34 percent who preferred Republicans on the issue.