Young Kim has been caught disguising her own quotes as endorsements 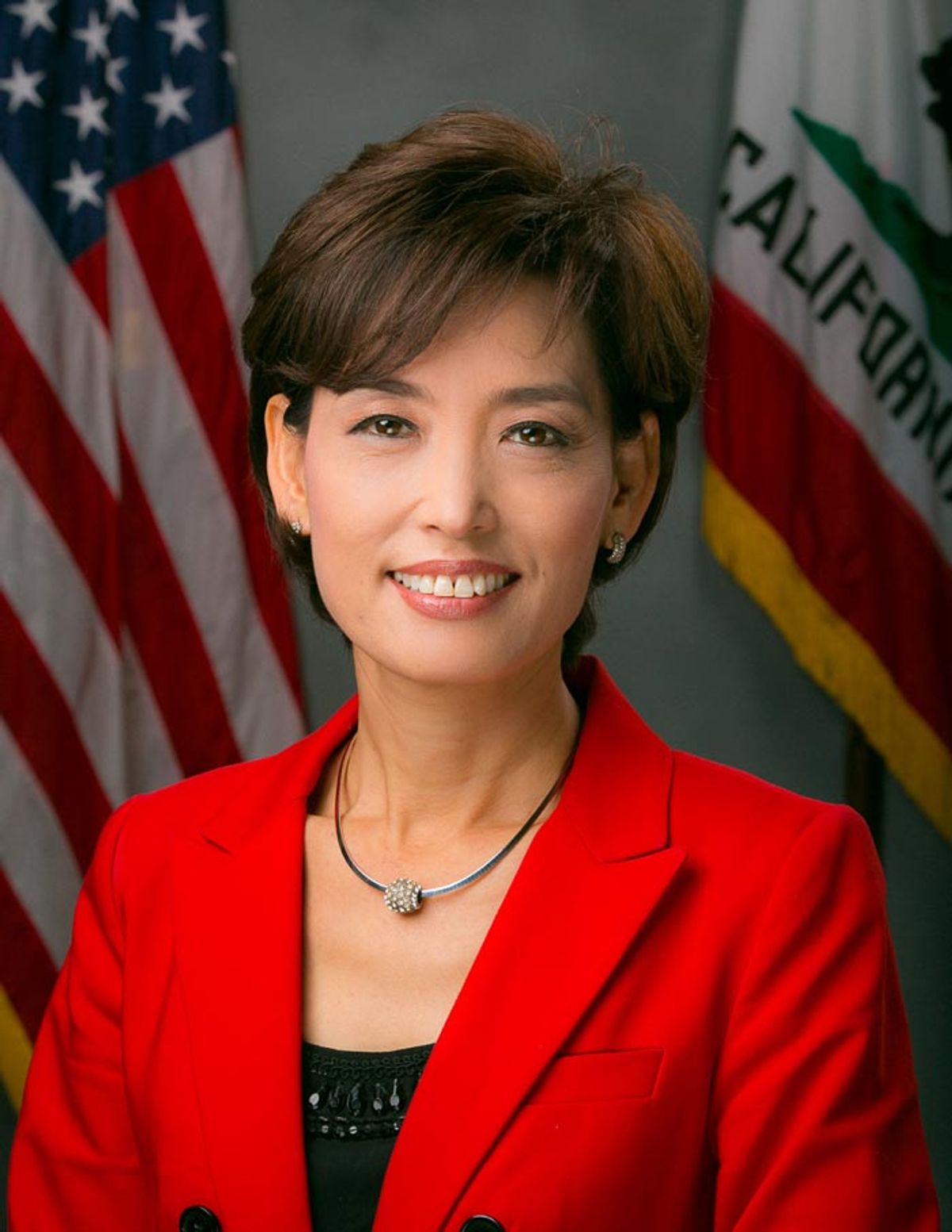 Kim's ad features images of her talking to constituents as the headlines, "The OC Register — Young Kim: 'Addressing the homeless youth crisis'" and "The O.C. Breeze — 'Young Kim wins bipartisan support for Orange County'" flash in the corner.

Kim seems to want viewers to infer these are local newspaper endorsements. But it turns out she is actually quoting op-eds and press releases written by ... herself.

On Tuesday, Mother Jones reported that the quote about Kim "addressing the homeless youth crisis" was actually pulled from the title of an editorial she wrote for the Register in 2016, and the quote about her winning "bipartisan support" was actually the header of her campaign's press release, which happened to be shared on the Breeze's website.

Kim is not the only Republican to be caught disguising her own quotes as endorsements. In August, Congresswoman Mia Love, R-Utah, implied in a government-funded mailer that she had been endorsed by the Salt Lake Tribune, when in fact she was quoting an op-ed she had written for the paper — a sleight of hand one editor complained "seriously misleads readers."

California's 39th District, vacated by retiring GOP Rep. Ed Royce, is one of seven districts in the state that voted for Hillary Clinton even while backing a Republican at the congressional level. The Democratic candidate is Gil Cisneros, a decorated Navy veteran and philanthropist who formed a charitable education foundation after winning the Mega Millions jackpot in 2010. He is running on a broad platform of policies including ending gun violence, protecting health care and veteran care, campaign finance reform, and women's rights.

Republican groups have been fighting tooth and nail to hold this district, but have faced a humiliating setback after they had to pull discredited ads accusing Cisneros of sexual harassment.

FiveThirtyEight currently forecasts the outcome of this race as an almost 50-50 toss-up.