Donald Trump's father is the root of his rage

The way Donald Trump's father treated him affects us all now 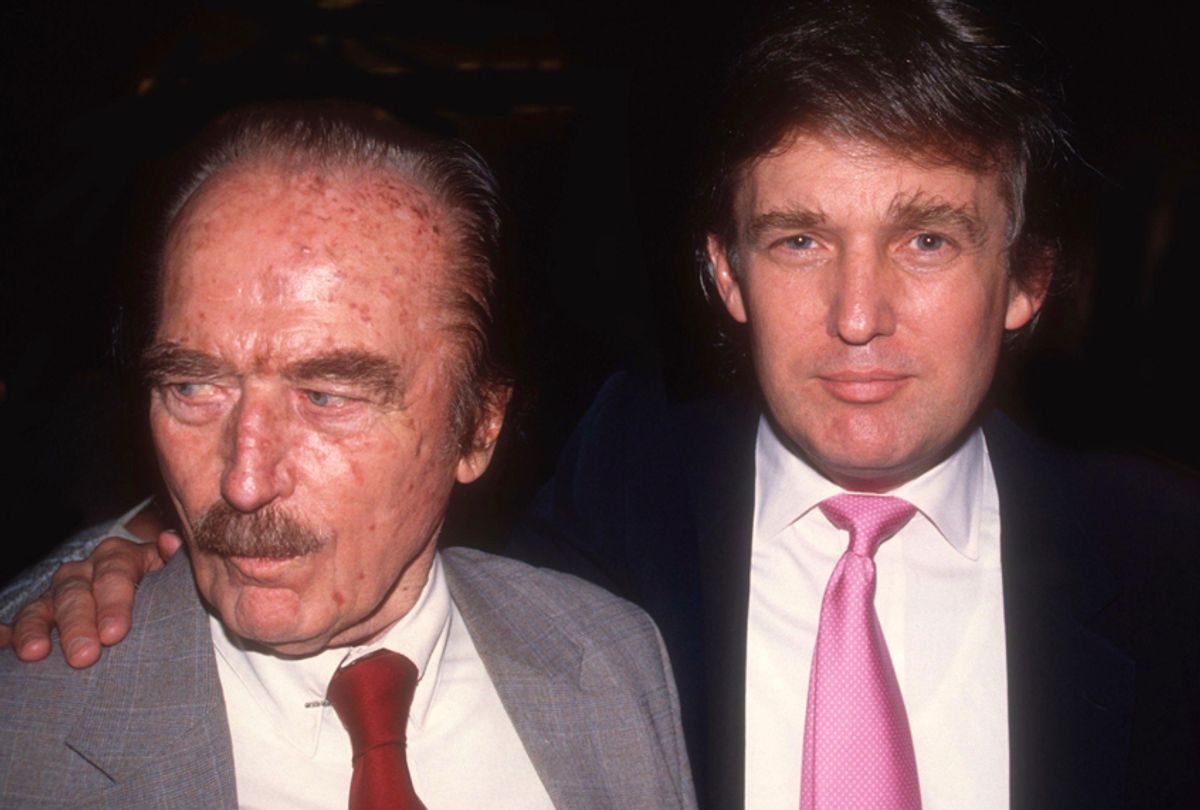 This is a brief excerpt from my book "Nobody Hates Trump More Than Trump: An Intervention." This excerpt is the crux of the book: Trump hates himself; he hates himself because his father treated him as a vector on the grid of capitalism. Trump is unable to face his own self-loathing, so — like most bullies — he expresses that rage outward, incessantly.

I was, like, the top-ranking guy in terms of the military. That doesn’t mean I was able to get along with people, because the reason I went [to military school] in the first place was that I didn’t get along with a lot of people.

According to Trump biographer Michael D’Antonio, Fred’s decision to send Trump to military school was “a very severe response to a kid who hadn’t gotten arrested and wasn’t involved in drinking and drugging. This was a profound rejection of Donald.”

At New York Military Academy, he won a medal for “neatness.” His roommate, who nicknamed him “Mr. Meticulous,” said Trump folded his towels and underwear “so that every single one was perfectly squared—like, insanely neat.”

Steve Bannon reminds my friend David Gavan, who used to live in London, of “the homeless/alcoholic Irishmen I’d see in Camden Town. A man who describes himself as a ‘street fighter’ tends to have been called ‘sissy’ during his school days.”

In “Bush’s War,” Robert Hass writes, “The military is an engineering profession. / Look at boys playing: they love / To figure out the ways to blow things up. / But the rest of us have to go along. / Why do we do it? Certainly there’s a rage / To injure what’s injured us.”

Fred informed everyone at his dinner table that he was ordering steak; therefore, everyone else would order steak. When Donald’s first wife, Ivana, said she didn’t want steak, she was rebuffed.

Steve Hassan says that cult leaders tend to “have a feeling of insecure attachment to their mother and father. For their entire lives, they’re compensating for that lack of sense of self by getting praise and kudos from the outside world. In Trump’s case, he was raised in the church of Norman Vincent Peale, where doubt was considered evil.”

I used to zap negativity mentally, but now it just bounces off me within a moment of getting near me.

Hannity: Numbers keep going up, up, up.

Trump: Hey, buddy, how are you?

Hannity: How we doing on that other project?

Trump: We’re doing good. Always doing good, you and I.
Hannity: When can we get together on that?

Trump: In November. Listen, you might ask me if I’d vote for [Jeb] Bush. Ask me that and I’ll give you a positive answer.

Trump says that Democrats who didn’t clap during his State of the Union speech “would rather see Trump do badly than Trump do well, okay? It’s very selfish. And it got to a point where I really didn’t want to look too much during the speech over to that side, because honestly it was bad energy. They were like death.”

In the NOVA episode “Extreme Animal Weapons,” University of Montana evolutionary biologist Doug Emlen argues that animals’ “weapons” evolve generation by generation via violent duels; his father, Stephen (a neurobiologist who has an endowed chair at Cornell and who has a minor role in the episode), had earlier formulated a theory about animals and their weaponry, but without his son’s emphasis on evolutionary adaptation. Does the show know it’s about itself?

A family friend on Fred and Donald: “The two of them together in the same room was very strange. They were both talking, supposedly to each other, but I was sure neither heard what the other was saying. They talked right past each other.”

We had a relationship that was almost businesslike.

Trump’s ghostwriter Tony Schwartz: “To survive, Trump felt compelled to go to war with the world. It was a binary, zero-sum choice for him. You either dominated or you submitted. You either created and exploited fear, or you succumbed to it, as he thought his older brother had. This narrow, defensive outlook took hold at a very early age, and it never evolved.”

Trump gave the NYT obit writer this quote for her obit of Fred: “It [his father not expanding his real estate business into Manhattan] was good for me. You know, being the son of somebody: it could have been competition. This way, I got Manhattan all to myself!”

The degree of Trump’s obsession with Putin’s interference illegitimating his presidency is in direct proportion to his knowledge that Fred’s business success renders his son’s “accomplishments” imaginary (he would have made far more money investing the money he inherited from Fred in the stock market).

David Shields is the internationally bestselling author of over twenty books, including "Nobody Hates Trump More Than Trump".