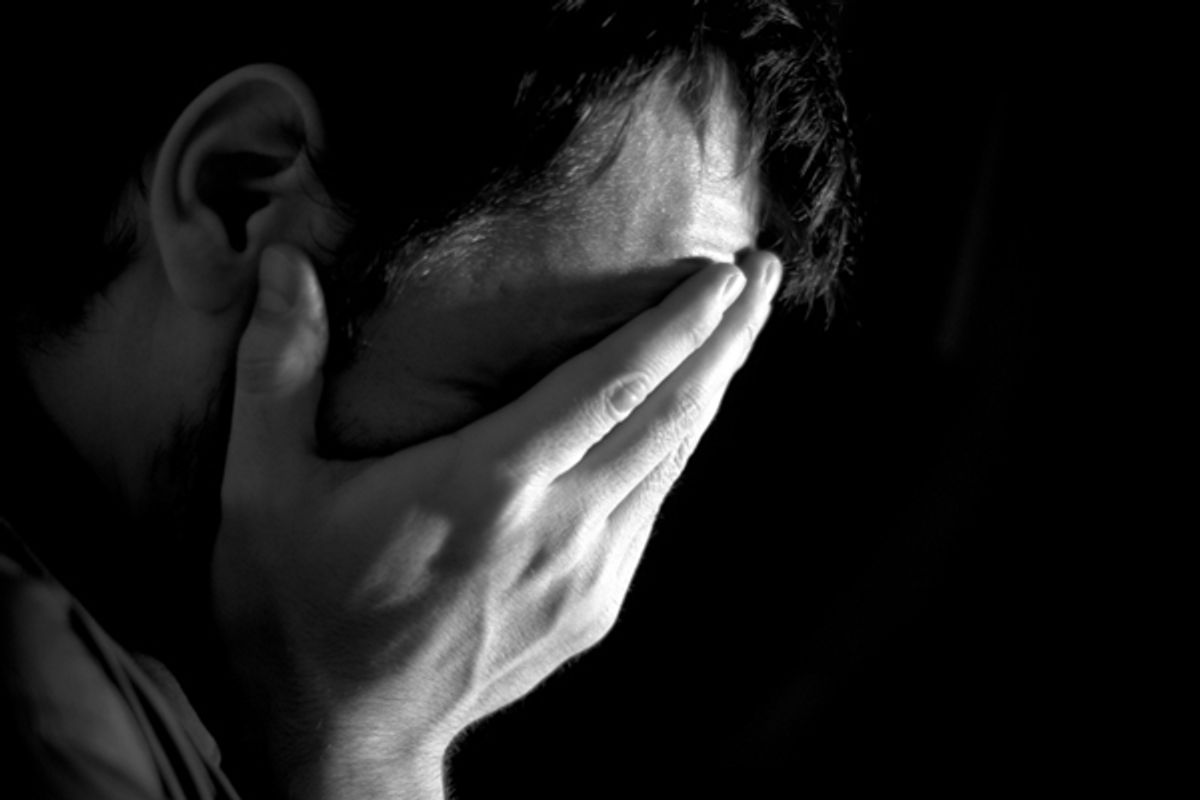 Most of what you experience leaves no trace in your memory. Learning new information often requires a lot of effort and repetition — picture studying for a tough exam or mastering the tasks of a new job. It’s easy to forget what you’ve learned, and recalling details of the past can sometimes be challenging.

But some past experiences can keep haunting you for years. Life-threatening events — things like getting mugged or escaping from a fire — can be impossible to forget, even if you make every possible effort. Recent developments in the Supreme Court nomination hearings and the associated #WhyIDidntReport action on social media have rattled the public and raised questions about the nature, role and impact of these kinds of traumatic memories.

Leaving politics aside, what do psychiatrists and neuroscientists like me understand about how past traumas can remain present and persistent in our lives through memories?

Imagine facing extreme danger, such as being held at gunpoint. Right away, your heart rate increases. Your arteries constrict, directing more blood to your muscles, which tense up in preparation for a possible life-or-death struggle. Perspiration increases, to cool you down and improve gripping capability on palms and feet for added traction for escape. In some situations, when the threat is overwhelming, you may freeze and be unable to move.

Threat responses are often accompanied by a range of sensations and feelings. Senses may sharpen, contributing to amplified detection and response to threat. You may experience tingling or numbness in your limbs, as well as shortness of breath, chest pain, feelings of weakness, fainting or dizziness. Your thoughts may be racing or, conversely, you may experience a lack of thoughts and feel detached from reality. Terror, panic, helplessness, lack of control or chaos may take over.

These reactions are automatic and cannot be stopped once they’re initiated, regardless of later feelings of guilt or shame about a lack of fight or flight.

Brains have two routes to respond to danger

Biological research over the past few decades has made significant progress in understanding how the brain responds to threat. Defense responses are controlled by neural systems that human beings have inherited from our distant evolutionary ancestors.

One of the key players is the amygdala, a structure located deep in the medial temporal lobe, one on each side of the brain. It processes sensory threat information and sends outputs to other brain sites, such as the hypothalamus, which is responsible for the release of stress hormones, or brain stem areas, which control levels of alertness and automatic behaviors, including immobility or freezing.

Research in animals and more recently in people suggests the existence of two possible routes by which the amygdala receives sensory information. The first route, called the low road, provides the amygdala with a rapid, but imprecise, signal from the sensory thalamus. This circuit is believed to be responsible for the immediate, unconscious responses to threat.

The high road is routed through the cortical sensory areas and delivers more complex and detailed representations of threat to the amygdala. Researchers believe the high road is involved in processing the aspects of threats of which a person is consciously aware.

The two-roads model explains how responses to a threat can be initiated even before you become consciously aware of it. The amygdala is interconnected with a network of brain areas, including the hippocampus, the prefrontal cortex and others, all of which process different aspects of defense behaviors. For example, you hear a loud, sharp bang and you momentarily freeze — this would be a low road-initiated response. You notice somebody with a gun, immediately scan your surroundings to locate a hiding spot and escape route — these actions wouldn’t be possible without the high road being involved.

Traumatic memories are intensely powerful and come in two varieties.

When people talk about memories, most of the time we refer to conscious or explicit memories. However, the brain is capable of encoding distinct memories in parallel for the same event — some of them explicit and some implicit or unconscious.

An experimental example of implicit memories is threat conditioning. In the lab, a harmful stimulus such as an electric shock, which triggers innate threat responses, is paired with a neutral stimulus, such as an image, sound or smell. The brain forms a strong association between the neutral stimulus and the threat response. Now this image, sound or smell acquires the ability to initiate automatic unconscious threat reactions — in the absence of the electric shock.

It’s like Pavlov’s dogs salivating when they hear the dinner bell, but these conditioned threat responses are typically formed after a single pairing between the actual threatening or harmful stimulus and a neutral stimulus, and last for life. Not surprisingly, they support survival. For example, after getting burned on a hot stove, a child will likely steer clear of the stove in order to avoid the harmful heat and pain.

Studies show that the amygdala is critical for encoding and storing associations between a harmful and neutral stimuli, and that stress hormones and mediators — such as cortisol and norepinephrine — play an important role in the formation of threat associations.

Researchers believe traumatic memories are a kind of conditioned threat response. For the survivor of a bike accident, the sight of a fast approaching truck resembling the one that crashed into them may cause the heart to race and skin to sweat. For the survivor of a sexual assault, the sight of the perpetrator or someone who looks similar may cause trembling, a feeling of hopelessness and an urge to hide, run away or fight. These responses are initiated regardless of whether they come with conscious recollections of trauma.

Conscious memories of trauma are encoded by various sites in the brain which process different aspects of experience. Explicit memories of trauma reflect the terror of the original experience and may be less organized than memories acquired under less stressful conditions. Typically they’re more vivid, more intense and more persistent.

After the memories are made

Memories are biological phenomena and as such are dynamic. Exposure to cues that trigger the recall or retrieval of traumatic memories activates the neural systems that are storing the memories. This includes electrical activation of the neural circuits, as well as underlying intracellular processes.

Reactivated memories are susceptible to modification. The character and direction of this modification depends on the circumstances of the person recalling the memory. Retrieval of implicit or explicit traumatic memories is usually associated with high levels of stress. Stress hormones act on the activated brain circuits and may strengthen the original memory for trauma through a phenomenon known as memory reconsolidation.

There are clinical strategies to help people heal from emotional trauma. One critical factor is the sense of safety. Retrieval of traumatic memories under safe conditions when levels of stress are relatively low and under control enables the individual to update or reorganize the trauma experience. It’s possible to link the trauma to other experiences and diminish its destructive impact. Psychologists call this post-traumatic growth.

It is an ethical imperative to consider the circumstances under which traumatic memories are recalled, whether in the course of therapy, during police investigations, court hearings or public testimonies. Recalling trauma may be a part of the healing process or may lead to re-traumatization, persistence and continued detrimental effects from traumatic memories.