Volcanoes can kill thousands. We should pay closer attention to the moving earth beneath us

Boiling clouds of ash and gas, moving 100 mph, pose a greater threat than lava, yet the world lacks volcano safety 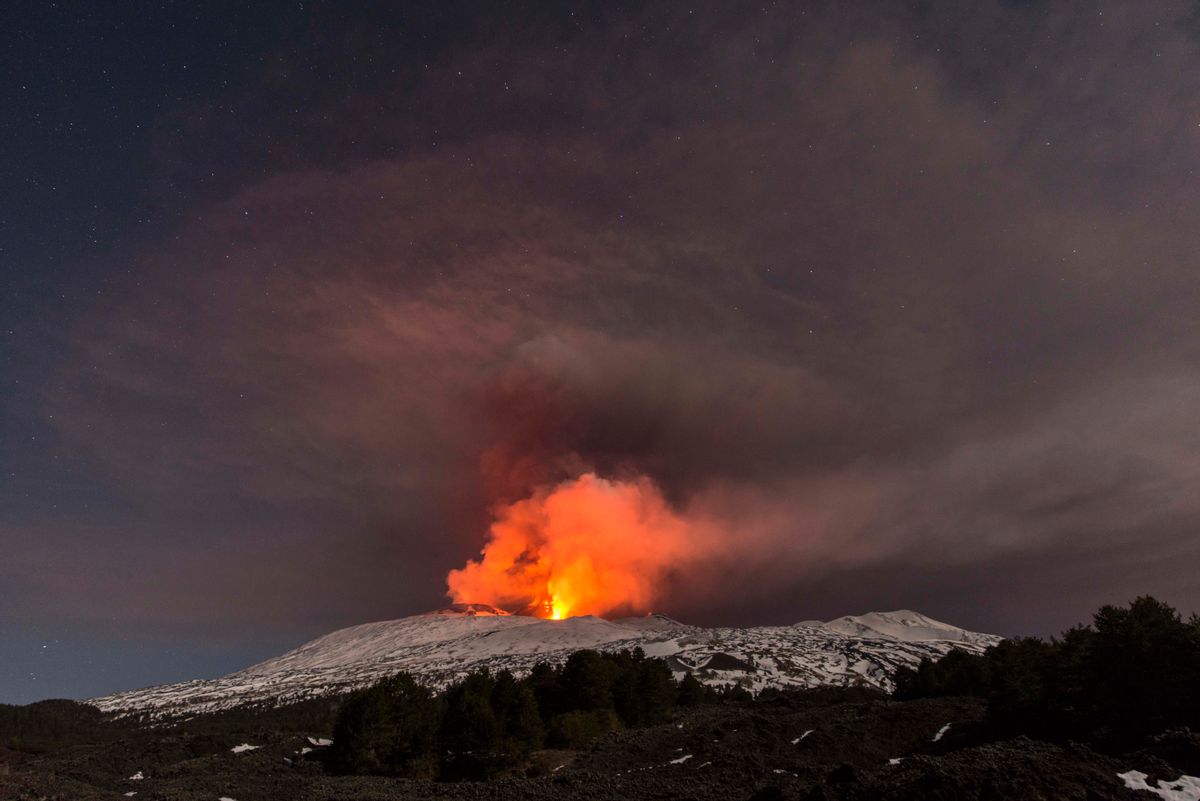 Volcanoes have been erupting all over the news. But attention to them seems to rise as suddenly as the eruptions and subside even faster than it takes the lava to cool. Volcanic hazards have taken thousands of lives and scientists and volcanophiles around the world are speaking up to raise awareness. We should pay closer attention to the active Earth beneath our feet.

Starting in March 2018, attention in the US shifted to the volcanic island chain of Hawaii. A fissure eruption from Kilauea, which travels along a fracture in the crust, rather than out a single vent, overtook the Leilani Estates, where about 1,700 people lived. However, shield volcanoes like Kilauea are fed by very hot, very runny lava. So although images and videos show spectacular fire fountains, the lava travels more like a trundling caterpillar than a flood. It can easily be out-walked.

From 1500 to 2017, volcanoes have taken more than 200,000 lives — and yet most were not due to lava, a study determined last year. The updated volcanic fatality database, published in the Journal of Applied Volcanology, blames three other deadly forces: pyroclastic density currents (boiling clouds of ash and gas that can barrel across land at speeds of more than 100 mph, featured more benignly in the recent Jurassic World film); lahars (rivers of water-and-ash mud, often hot, that can move boulders and houses and then solidify like cement); and particles (as big as lava bombs and as small as ash, which can damage buildings and lungs alike). These hazards are more common in composite or stratovolcanoes, types with stickier and older lava sitting in magma chambers, waiting to explode. One such volcano featured recently in the news, too: Fuego in Guatemala.

Guatemala has an organization to watch this danger: the National Institute of Seismology, Volcanology, Meteorology and Hydrology (INSIVUMEH), whose scientists regularly scale and inspect their four active volcanoes and monitor seismic activity. They report any alerts to the National Coordinator for Disaster Prevention (CONRED). However, monitoring in Hawaii is arguably the best in the world, with the Hawaiian Volcano Observatory (HVO) monitoring, mapping, and evaluating the risks in detail, with steady alerts issued to the public and policymakers.

I’ve walked through one of CONRED’s massive warehouses of emergency stores, hiked the winding river-bed-like paths of previous lahars (also called barrancas)with a local volcanogist, slept at Fuego’s observatory, and watched the glowing lava flows wend down from the vent into the dark of night. My most striking memories, though, from three weeks of field work for my natural hazards graduate program with the University of Bristol, were seeing many abandoned communities half-buried in ash or landslides, mud stains partway up church walls, a resort built right on the banks of a barranca (recently buried in pyroclastics), and hearing that in some areas lahar warnings came in the form of a phone call passed from one neighbor to the next.

Many observatories use some type of Volcano Alert Level System (VALS). One such protocol was created after an Alaskan eruption in 1989 caused an airplane to lose engine power; the system used color codes, like a traffic light, correlating to increased volcanic activity. This VALS is universal for hazards in the sky, since planes traverse from country to country. A similar protocol for ground hazards developed after the 1980 eruption at Mt. St. Helens in the US. Ground VALS, however, are not internationally standardized – levels used by the USGS do not necessarily equate to those used in Guatemala, for example. On top of that, an identical warning level does not imply identical hazards from volcano to volcano. A pilot may have issues with ash in Alaska but land safely far away from active lava flows in Hawaii, as a recent report points out with an anecdote.

It is because of this irregularity that scientists see VALS more as “an awareness-raising medium, or ‘flag,’” according to interviews in the report, which was published in the Bulletin of Volcanology earlier this year. Another danger is that, as with Fuego’s occasional burps and Kilauea’s 30-year “active” status, locals can become jaded by a heightened alert level, unaware of a change in the hazards themselves. A US Volcano Hazards Program manager explained in the report that the VALS is more of a “catalyst,” justifying attention to a subject that isn’t always relevant, particularly to busy members of the government. That isn’t always enough when the conversation begins as the volcano is already rumbling to life.

Two activists have taken up the cause of raising volcano awareness: Tanguy De Saint-Cyr, the owner of the French volcano tour company Aventure et Volcans, and Jeannie Curtis, a New Zealand writer and educator. They suggested, with a petition that has garnered a following on social media, that one day every year be devoted to volcano education and awareness worldwide – an official International Day of Volcanoes.

This day would take place every April 10, on the anniversary of one of the largest eruptions in history: the 1815 eruption of Mount Tambora in Indonesia, whose pyroclastic flows and tsunami killed some 10,000 people, by the petition’s estimate. The volcano pumped so much ash and gas into the atmosphere that it created a haze, shielding the sun. It changed the climate for three years, cooling the Earth by half a degree Celsius, damaging crops worldwide, and causing famine and an 60,000 more deaths. De Saint-Cyr and Curtis have proposed to remember the eruption and raise awareness with a day of safety drills in regions near active volcanoes and education work in the media and schools.

At the UN’s suggestion, they have submitted proposals to the governments of several countries. They believe in supporting education, preparation and tools to mitigate volcanic risks, like improving governments’ VALS. Earlier this year, Vanuatu’s government had to make the drastic decision to completely evacuate an entire island, permanently. The thousands of refugees are at the mercy of government funding to restart their lives from scratch.

Even if you don’t live in a volcano’s direct shadow — within the 15 kilometers in which most deaths occur — you should look up your country’s volcanic disaster unit, read about their VALS, be comfortable with potential responses to different emergencies. Don’t wait for the surreal images of ash-coated communities, looking as though grey-filtered through an app, to pay attention to the scientists who spend their lives learning every little hiccup that volcanoes give. To assist the movement and help the millions who live at the Earth’s mercy, sign the petition, contact your government to encourage them to take steps to protect their citizens. De Saint-Cyr and Curtis encourage awareness as simple as exploring natural parks, listening to songs about volcanoes, and improving humanitarian aid to those affected by eruptions.

Most importantly, we can all spread the word through communication between those involved in studying volcanoes and those living in their shadows. As a Hawaii Volcano Observatory scientist commented in their interview for the VALS report, the heart of these warning systems is simply opening a conversation.