Ex-GOP secretary of state rebukes Trump: "It’s become ‘Me the President’ as opposed to ‘We the People’" 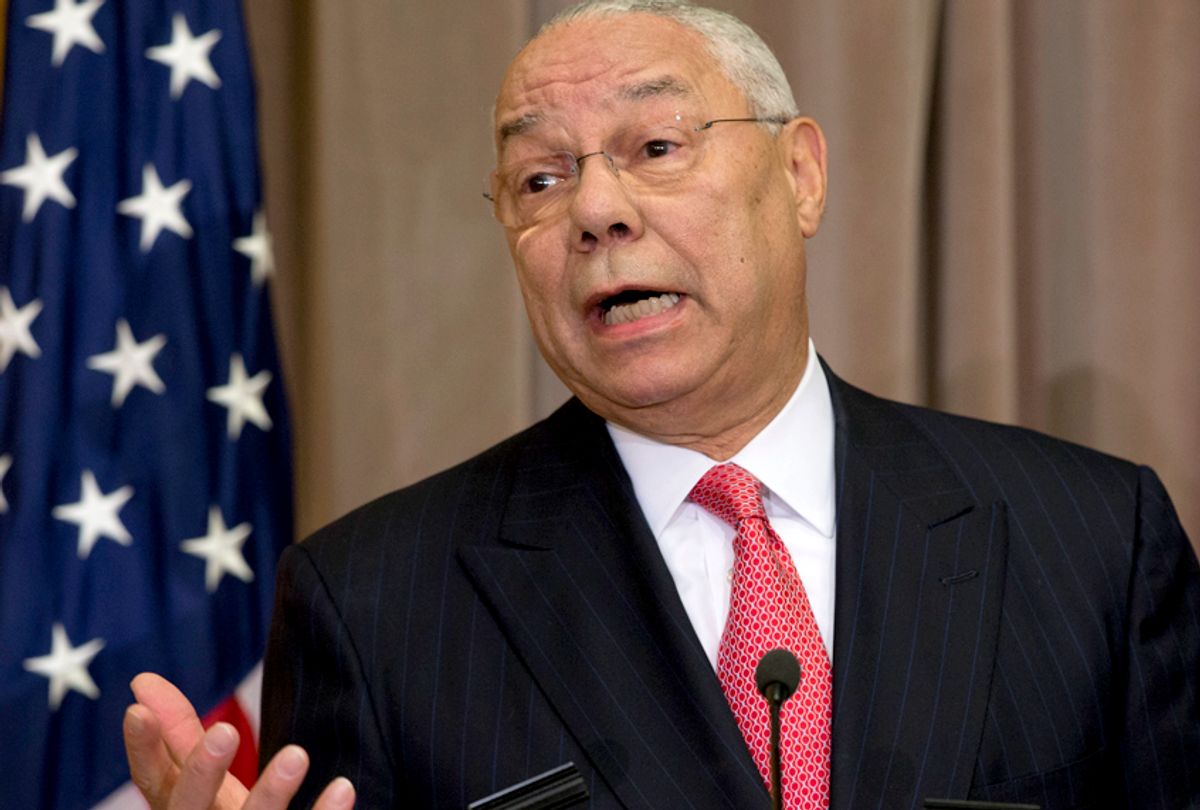 In a blistering rebuke, a former secretary of state from a Republican administration admitted that he does not know if President Donald Trump could be a moral leader for the world, because "right now that is not the way he is acting."

“Let me give you an example," Colin Powell said on CNN's "Fareed Zakaria GPS" on Sunday. "My favorite three words in our Constitution [are] the first three words: ‘We the People.'"

“'We the People,” the first secretary of state to serve in the George W. Bush administration again said, repeating the prior phrase for emphasis. "But recently, it’s become ‘Me the President’ as opposed to ‘We the People.’ And you see things that should not be happening.”

What should be happening? Echoing an Obamaesque message of hope, Powell suggested that, from an early age, Americans should grow up learning that "it is not right to hate in this country." Instead, they are watching a bully in chief.

One of the things that the rest of the world is seeing in place of said outreach is Trump attacking the media, whom he has dubbed as "the enemy of the people."

The world is also witnessing the president constantly insulting people, and Powell said he hopes that Trump would come to the realization that he needs to stop mocking African-Americans, woman, immigrants, our allies around the globe and even fellow candidates on stage during presidential debates.
"The world is watching, and they cannot believe we're doing things like separating mothers and children who are trying to get across the border from south of our border, immigrants," he said. “They can’t believe that we’re making such an effort to cease immigration coming into the country — it’s what’s kept us alive."

Although he said he still considers himself to be a Republican in 2015, Powell has now endorsed the Democratic candidate in the last three presidential cycles: former President Barack Obama in 2008 and 2012 and Trump's opponent, former Secretary of State Hillary Rodham Clinton, in 2016.

You can watch the full interview below, via CNN: