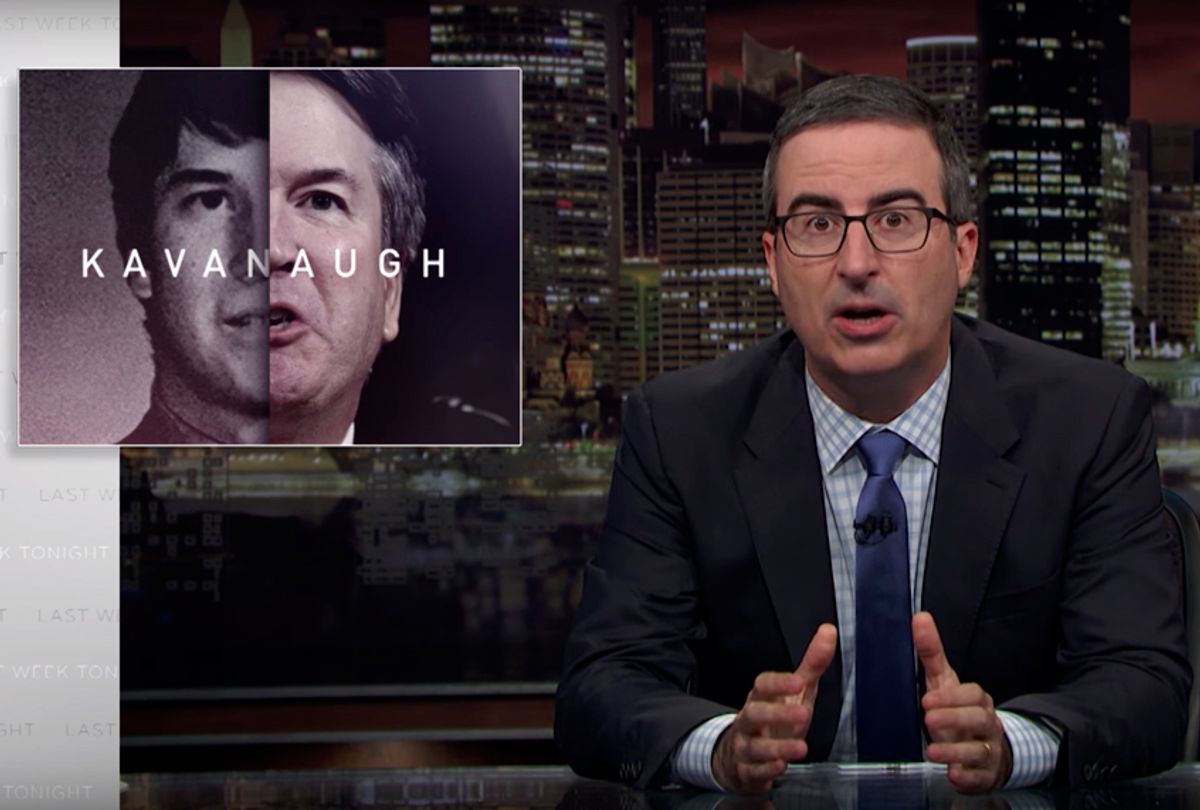 As if America needs a recap of the week of absolute bleakness, HBO host John Oliver used Sunday’s “Last Week Tonight” to unleash everything progressives wish they could onto Senate Republicans.

He began with retiring Sen. Orrin Hatch, R-UT, who mocked and belittled women this week as he was entering the members-only elevator.

“Wow, even setting aside the spectacular condescension of telling adult women to ‘grow up,’ that wave is a pretty clear f*ck you,” Oliver said. “I believe that wave is what they call the Utah Middle Finger.”

The host then turned to Senate Majority Leader Mitch McConnell, R-KY, who had the temerity to accuse Democrats of being “obstructionist” after spending over 400 days refusing to give Supreme Court nominee Merrick Garland a hearing. Oliver noted that not only did McConnell block Garland, he also bragged about it, calling it “one of my proudest moments.”

“One of your proudest moments? Mitch McConnell has three children,” Oliver recalled. “So, that’s got to make for an awkward Thanksgiving to have to look at them and tell them that nothing, nothing they’ve ever done could possibly have outdone that one time that you were a d*ck to the cool president.”

Then he turned to Sen. Chuck Grassley, R-IA, who was asked to respond to a conspiracy theory about George Soros funding protesters to attack Republicans on Capitol Hill. He told Fox Business News that he’d heard the conspiracy theory and he’d believe it.

Finally, he came to Susan Collins, R-ME, who Oliver said, “disappoints at a rate normally associated with dinners cooked by divorced dads.”

He said that she participated in some serious “bad faith bullsh*t” while appearing indignant about the “dark money” she said had corrupted the process. To make matters worse, Collins went on TV Sunday, saying she didn’t believe Dr. Christine Blasey Ford.

Oliver explained that Collins was right. A hefty $9 million was dropped to campaign for and against the Kavanaugh nomination. The vast majority of it (73 percent), however, went to support Kavanaugh’s nomination in ads that were mostly false.