A proposed tax break for the masses designed to spur giving 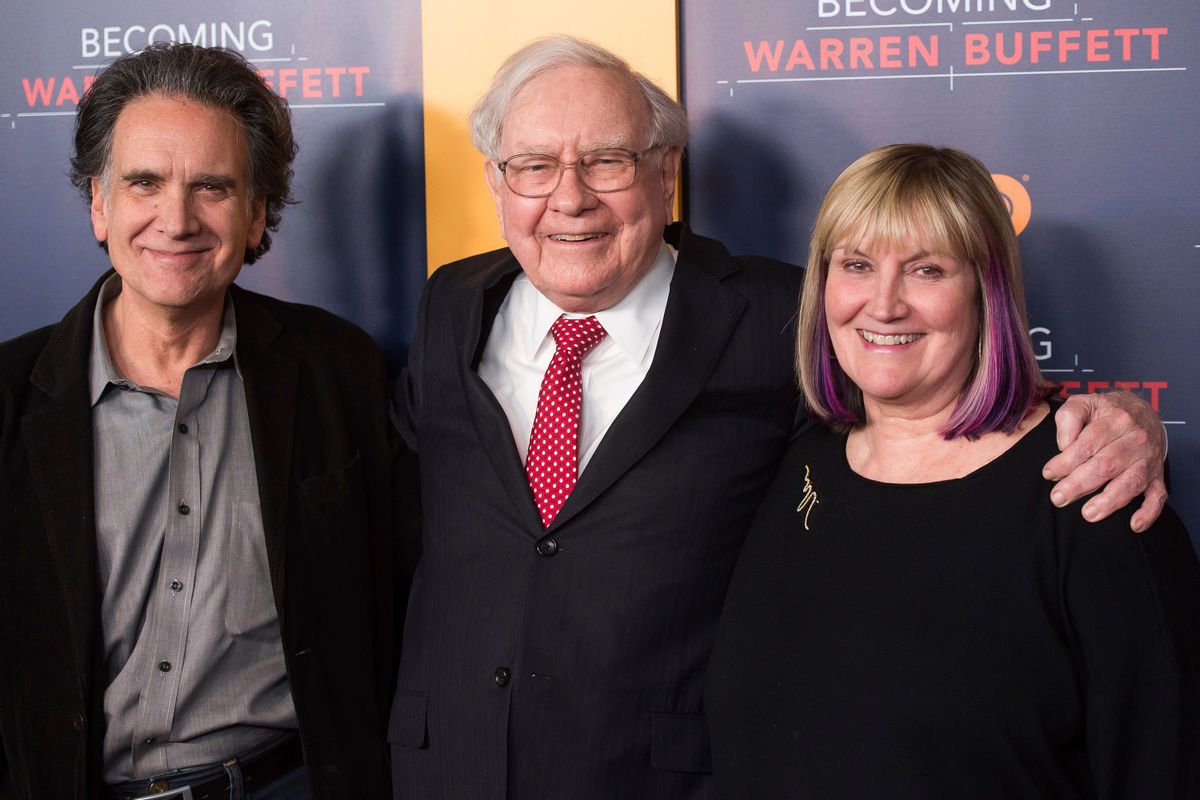 FILE - In this Thursday, Jan. 19, 2017, file photo, Peter Buffett, from left, Warren Buffett and Susie Buffett attend the world premiere screening of HBO's "Becoming Warren Buffett" at The Museum of Modern Art in New York. A foundation run by Peter, the youngest son of billionaire investor Warren Buffett, is announcing its strategy for distributing $90 million to help improve the lives of young women and girls of color in the United States. The NoVo Foundation was created in 2006 by Jennifer and Peter Buffett. (Photo by Charles Sykes/Invision/AP, File) (Charles Sykes/invision/ap)
--

More than half of Americans give money to charity.

But the number of donors who donate has declined in recent years and could fall further because millions of U.S. taxpayers who make donations are now losing a built-in incentive for charitable giving. The tax code overhaul that went into effect in 2018 may cut the proportion of people who itemize their tax returns, thereby getting the ability to claim the charitable deduction, from about 1 in 3 to as few as 1 in 20, experts predict.

As a law professor who researches trusts and estates and charitable giving, I have long argued that more Americans should get tax incentives to give to charitable causes that matter to them. A new bill that would do just that has bipartisan support in the House of Representatives.

Rep. Erik Paulsen, a Minnesota Republican, introduced the Everyday Philanthropist Act in August 2018, with the initial backing of three Democrats and two other Republicans. This legislation, if it becomes law, would create a new tax incentive.

Instead of allowing a deduction – reducing taxable income by the same amount as people who itemize give to charity – it would establish a new employee benefit: flexible giving accounts.

Here’s how it would work. Americans whose employers provide this benefit would be able to set aside up to a maximum of US$5,000 from their paychecks. That money would flow into an account from which the employee could donate to charities like churches or other religious organizations, universities or food pantries.

Like the flexible spending accounts that Americans already use to reduce some of their child care and health care expenses, this money would come from pretax pay.

To understand this proposed system, consider how the preexisting ones operate.

The loan officer’s employer would also save $142.90 in Social Security and Medicare taxes, plus a small amount in unemployment insurance.

Roughly 44 percent of U.S. workers have access to at least one kind of flexible spending account, although data from 2015 show that only 22 percent of employees with access to a health care FSA used it, with dependent care accounts being even less popular.

FSAs might be more attractive if they weren’t a use-it-or-lose-it proposition. Any money left over after a brief grace period at the end of the year reverts to employers by default. This arrangement forces employees to guess during their annual open enrollment periods how much they might spend in the next year on health and dependent care.

How they would work and who would benefit

There are two main differences between how flexible spending accounts work today and the flexible giving accounts in the proposed bill.

The other notable difference is that flexible giving accounts would not have any use-it-or-lose-it problem. That’s because employees would be able to simply name a charity to receive any balance remaining in their accounts by the end of the calendar year.

Flexible giving accounts would benefit employees and their employers by reducing their tax bills in exchange for charitable donations. I expect they would probably also help increase the amount of money Americans give to charities.

That would help stave off a decline in donations that charities and philanthropy experts anticipate due to several changes in the tax code.

Flexible giving accounts may therefore benefit a wide range of people, from the donors who will give to the charities that receive, and the causes the charities serve.

MORE FROM Alyssa A. DiRusso