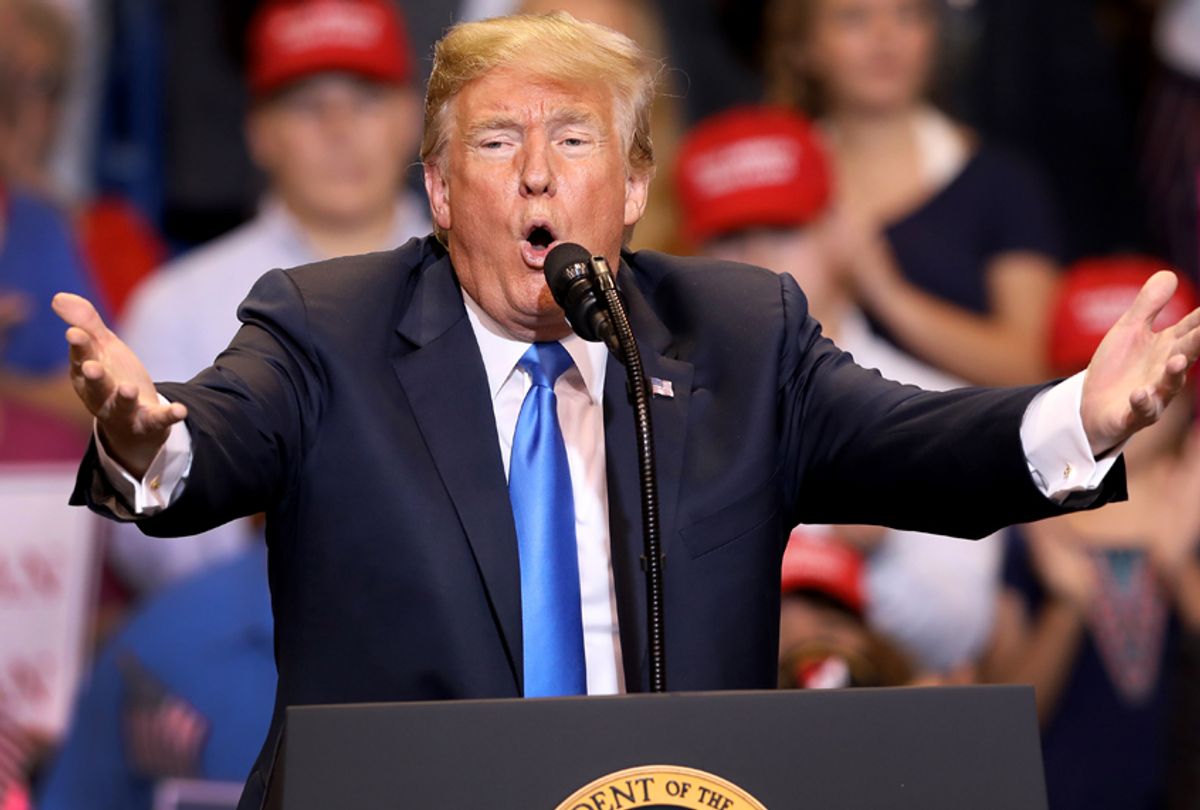 During a rally in the Iowa community of Council Bluffs, President Donald Trump's supporters began chanting one of their most famous (or infamous) lines, "Lock her up!" The difference is that, whereas it had usually been directed against former Democratic presidential nominee Hillary Clinton, this time its target was Senate Judiciary Committee Ranking Member Dianne Feinstein.

The chant began after Trump accused Feinstein of leaking a confidential letter by Dr. Christine Blasey Ford in which she accused Supreme Court Justice Brett Kavanaugh of sexually assaulting her when they were both teenagers, according to The Washington Post. "Can you believe that?" Trump asked the audience, prompting them to begin their chant against Feinstein.

The president went on to describe the Kavanaugh hearings as unjust to the man he appointed for a seat on the Supreme Court.

"This is truly an historic week for America," Trump glowed, denouncing what he described as "the Democrats’ shameful campaign of political and personal destruction" against Kavanaugh by drawing attention to multiple sexual misconduct accusations against him.

"They wanted to destroy that man. What the Democrats did to Brett and his family is a national embarrassment, a national disgrace," Trump declared.

The Iowa speech wasn't solely focused on Kavanaugh. The president also announced that he would lift a federal ban on summer sales of high-ethanol blend gasoline products despite environmentalists' concerns that this concoction, E15, will contribute to summer smog. By implementing this policy, Trump argued that it would be an example of "promises made, promises kept," and assured his listeners that Democrats would reverse his policy if they took back Congress.

Shortly after the Iowa rally, Trump also began focusing on another talking point — the idea that Democrats' "Medicare for All" plan would work against the interests of senior citizens. As he baselessly claimed in an editorial for USA Today that was published on Wednesday, the president thinks this is part of a Democratic plot to turn the United States into a socialist nation:

The Democrats' plan means that after a life of hard work and sacrifice, seniors would no longer be able to depend on the benefits they were promised. By eliminating Medicare as a program for seniors, and outlawing the ability of Americans to enroll in private and employer-based plans, the Democratic plan would inevitably lead to the massive rationing of health care. Doctors and hospitals would be put out of business. Seniors would lose access to their favorite doctors. There would be long wait lines for appointments and procedures. Previously covered care would effectively be denied.

"If Democrats win control of Congress this November," the president warned, "we will come dangerously closer to socialism in America. Government-run health care is just the beginning. Democrats are also pushing massive government control of education, private-sector businesses and other major sectors of the U.S. economy."