Waterloo for the NRA? Its donations to GOP candidates plunge 90 percent 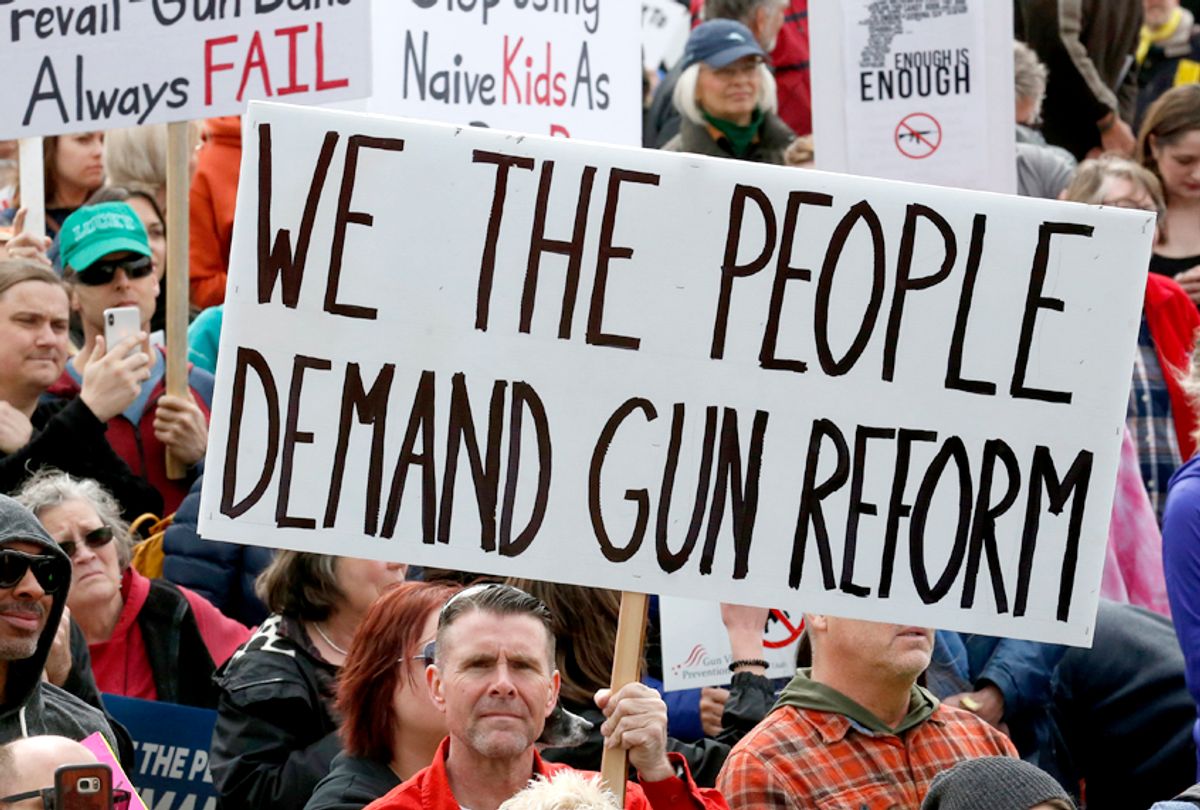 The National Rifle Association has largely pulled back from funding Republican candidates this election cycle as the organization deals with financial headaches and an FBI investigation into its ties to Russian officials.

McClatchy reports that the NRA has pledged just $1.6 million to Republicans this cycle, a mere 10 percent of its previous midterm spend. The report notes that the decline comes amid an FBI probe into whether the group illegally received Russian money to spend on the election.

The FBI is looking at whether Alexander Torshin, a top official at Russia's central bank, funneled money to the group to help then-candidate Trump. A number of NRA officials have also been linked to Torshin's associate Maria Butina, who was indicted earlier this year for working as an agent of the Russian Federation. The NRA denied spending foreign cash on the election but admitted to accepting foreign donations for non-electoral campaigns, though the group has only admitted to receiving $2,513 in donations and membership dues from 23 Russian nationals since 2015.

According to the Center for Responsive Politics, the NRA has reported a $35 million decline in dues.

“While the NRA doesn’t have billions to spend, we have a formidable grassroots organization. Our strength has always been the tens of millions of NRA members and Second Amendment supporters who consistently go to the polls and vote for candidates who support our constitutional right to self defense,” the group said in a statement to McClatchy.

It is not just the the FBI investigation and the NRA's popularity problem. The cash-strapped group said, in a lawsuit filed against New York Gov. Andrew Cuomo accusing him of bullying banks and insurance companies into dropping them, that they may have to shut down some of their operations.

The suit claimed Cuomo was behind a “concerted efforts to stifle the NRA’s freedom of speech” and warned that “it could be forced to shutter its multimillion-dollar television network, NRA TV, or a number of its print publications.” The lawsuit adds that without insurance, the NRA “cannot maintain its physical premises” or “convene off-site meetings and events.”

While the NRA is pulling back, gun control advocacy groups are stepping up their spending this cycle.

More than half of the NRA's donations have gone to campaigns in Montana and West Virginia, where Democratic Sens. Jon Tester and Joe Manchin are leading in the polls. On the other hand, the group has not spent a dime in Florida, where Republican Gov. Rick Scott is narrowly trailing incumbent Democratic Sen. Bill Nelson in one of this November's marquee matchups.