Duck season? Rabbit season? Nope, it's drone season — thanks to a new law that has civil rights groups worried 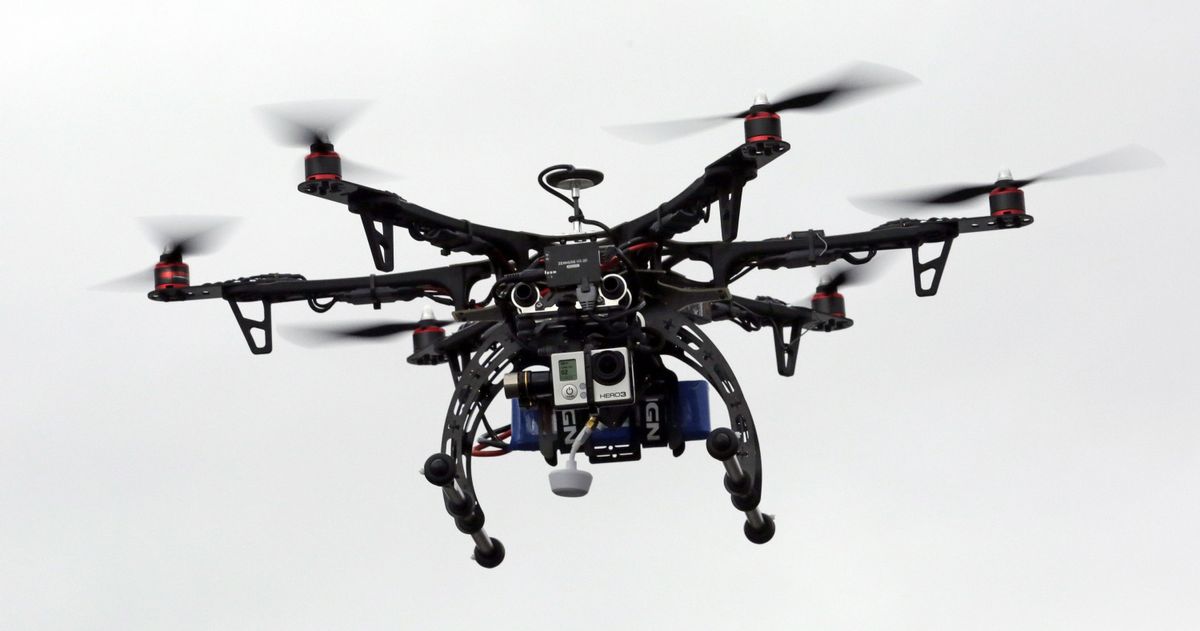 Last week, while the country was transfixed by the U.S. Senate debate over Justice Brett Kavanaugh’s nomination to the U.S. Supreme Court, a bill was quietly signed into law that could bring big changes in the airline industry and to the regulations that relate to who has authority over drones. Thus, the White House announced on Friday evening that President Donald Trump approved H.R. 302, a bipartisan bill also known as the “FAA Reauthorization Act of 2018.”

At 1,200-plus pages, the bill is verbose, and includes many changes that will directly affect consumers and airlines workers in the next few years. Specifically, a couple of changes appear to be the repercussions of airline mishaps that have made headlines recently. For example: prohibiting airlines from "bumping" passengers who've already boarded a plane (recall the time the Dr. David Dao was unconsciously dragged off a United flight in April 2017). Dao, according to reports, was selected to be involuntarily bumped to make room for United employees. After he refused, his face hit an armrest after he was yanked from his seat.

Furthermore, the new law also makes it illegal to store animals in the overhead bin; addressing the time when a family's dog died on a United flight from Houston to New York. After the tragic incident was reported by the media, the Washington Post found that of the 506,994 animals that flew on U.S. commercial airlines in 2017, 24 died in transit. Eighteen of those deaths occurred on United Airlines flights.

The law also requires the FAA to set minimum standards for seat width and seat pitch, bans e-cigarettes from planes, allows pregnant women to board the plane first, and protects flight attendants against sexual harassment. Specifically, the law empowers the FAA to create a task force to study sexual harassment among airline employees. Finally, it requires airlines to guarantee at least 10 hours of rest between shifts for flight attendants — a minimum requirement that has already been in place for pilots for years.

The Association of Flight Attendants–CWA has applauded the bill. In a statement on Oct. 3, the union that represents 50,000 flight attendants at 20 airlines stated:

There is one peculiar provision in the law that is has been denounced by civil rights groups. Subtitled "Preventing Emerging Threats," the provision states  that "personnel with assigned duties that include the security or protection of people, facilities, or assets" can damage or destroy "unmanned aircraft system[s] or unmanned aircraft" if need be. In other words, law enforcement has the authority to shoot down privately owned drones if they are deemed a threat.

Groups such as the the Electronic Privacy Information Center (EPIC) and The American Civil Liberties Union (ACLU) have condemned the provision.

“The version passed by the House and Senate only requires a report on drone surveillance risks but does not establish any baseline privacy safeguards,”the Electronic Privacy Information Center said in a statement. “EPIC has repeatedly urged both Congress and the FAA to take decisive action to limit the use of drones for surveillance and to establish a national database detailing drone surveillance capabilities.”

The ACLU has said it could be problematic for journalists who use drones. When Congress released the the bill in September, Neema Singh Guliani, American Civil Liberties Union senior legislative counsel, said: “Congress should not use the aviation and disaster relief bill as a vehicle for controversial legislation that expands warrantless surveillance and interferes with press freedom.”

“These provisions give the government virtually carte blanche to surveil, seize, or even shoot a drone out of the sky — whether owned by journalists or commercial entities — with no oversight or due process,” Guliani said in a statement. “They grant new powers to the Justice Department and the Department of Homeland Security to spy on Americans without a warrant. And they undermine the use of drones by journalists, which have enabled reporting on critical issues like hurricane damage and protests at Standing Rock.”