Republican voters don't care about Trump's corruption — and here's why

Republicans have convinced themselves that Democrats are dirty, so they feel entitled to be even dirtier 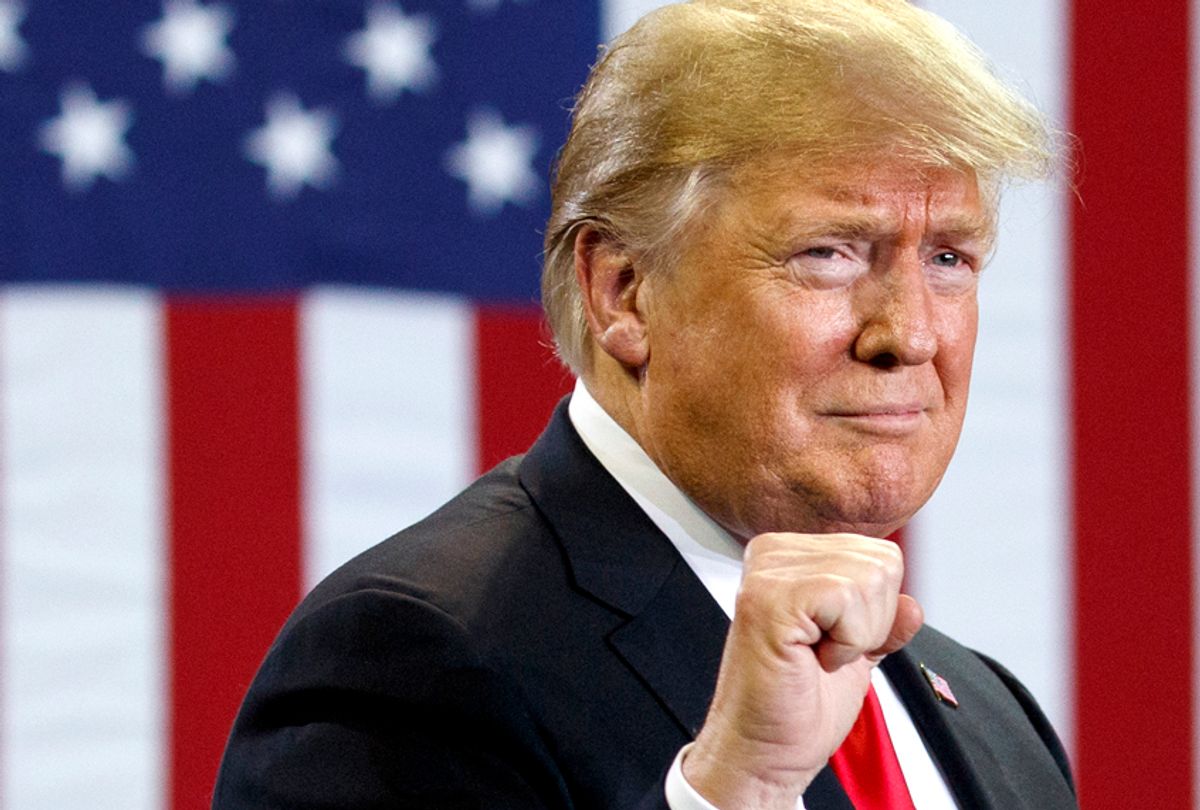 The past couple of weeks of the news have served up a hefty reminder not just of the deep corruption of Donald Trump, but of the entire Republican Party. On top of the headline-dominating story about Republicans ignoring all sorts of ethical concerns to place Brett Kavanaugh on the Supreme Court, there was also a blockbuster New York Times report showing that Trump amassed his massive fortune not through hard work or business acumen, but old-fashioned tax fraud and corruption. Meanwhile, there's a pileup of stories indicating that Republicans intend to shore up their prospects in the November midterms through blatant and racist cheating, using a series of Jim Crow-style strategies to keep black and Native American voters from the polls in November.

To add to this already disturbing situation, there's the shady behavior Trump is displaying around the disappearance and likely murder of Jamal Khashoggi, a Washington Post columnist who has run afoul of  Mohammed bin Salman, the crown prince of Saudi Arabia and big buddy of presidential son-in-law Jared Kushner. Saudi Arabia is widely believed to be behind the attack, but Trump — who himself is overtly hostile to the free press — seems reluctant to do anything about the situation, citing his unwillingness to spike an arms deal with Saudi Arabia. It's a stance made even more disturbing by the fact that arms deal isn't even real, but more like a fantasy unlikely to come to fruition. There is also reason to believe that Trump is personally enriching himself off the Saudi government, which likely factors into his decision-making.

Despite all this, in a story that's become all too predictable, Trump's approval ratings don't budge, lingering a few percentage points north or south of 40 percent. He's not popular and never has been, but it's clear that the 40 percent of voters who love him really do not care if he's a crook. And despite the GOP's widespread corruption, FiveThirtyEight still gives the party a four-in-five chance of holding a Senate majority in the midterm elections.

It's easy to chalk off this widespread indifference to criminality and corruption among Republican voters as evidence that such voters are themselves amoral. But that reading is overly simplistic. It's highly unlikely that 40 percent of the country thinks it's no big deal to cheat or steal or lie under oath or shrug off a murder likely ordered by your son-in-law's friend. Nor is it satisfying to simply blame partisanship. Democratic voters are also highly partisan, but don't seem to have nearly the same tolerance for immoral behavior being conducted in their name.

Instead, the likeliest reason for this willingness of Republican voters to indulge all sorts of wicked behavior in pursuit of power is that they've convinced themselves that the "other side" does it just as much. It's an attitude called "what-about-ism," and it allows Republican voters to tell themselves that their side can be as shady and corrupt as they want to be, because Democrats do it, too.

Of course, the fly in that particular ointment is that Democrats do not, in fact, do it too. Barack Obama did not put an accused sexual predator on the Supreme Court after that person repeatedly lied under oath, nor did he shrug it off when an American journalist was killed because he happened to be fond of the alleged murderer. Democrats are not trying to steal elections through widespread cheating. Hillary Clinton was no tax fraud and was able to prove it by releasing her tax returns, something Trump continues to refuse to do.

This disparity, I think, points to one reason why conspiracy theories tend to proliferate more on the right than the left. In the absence of real corruption and crime among Democrats or leftists, conservatives instead rely on  conspiracy theories to justify their continued belief that Democrats are just as corrupt as Republicans, if not more so.

If one believes, for instance, that Obama faked his birth certificate to evade citizenship requirements to be in the Oval Office — as a solid majority of Republicans suspect — then the fact that Trump is a tax fraud doesn't seem so unusual or objectionable. If one buys into the theory that the Clintons had former White House lawyer Vince Foster murdered back in the 1990s, then Trump's shady attitude about the murder of Khashoggi pales in comparison. And while it's basically impossible to follow what, exactly, Republicans are getting at with their Benghazi obsession, they've using that fake conspiracy theory to minimize real concerns about Trump's possible role in Russia's criminal interference with the U.S. election.

No wonder Trump continually leads his rallies with chants of "lock her up," in reference to the many Clinton crimes alleged by conspiracy theorists that do not exist in real life. The more the crowds insist that Clinton is a criminal, the easier it is for them to justify voting for Trump, who has admitted to sexual assault on tape, has committed what the New York Times deemed tax fraud, and may be implicated in the Russian interference in our election.

The conspiracy theory defense was on display during the Kavanaugh confirmation hearings. Kavanaugh, after all, was accused of a very serious crime — attempted rape — and lying under oath to cover it up. Rather than deal with that, however, conservatives turned to finger-pointing, starting with Kavanaugh himself — in a written statement that can't be written off as heated language under pressure — claiming that the sexual assault accusations from multiple women were some kind of plot to get "revenge on behalf of the Clintons."

Kavanaugh then used this alleged plot, which almost certainly doesn't exist, to imply that he and other conservatives were entitled to do all sorts of unethical things in response, saying the "whole country will reap the whirlwind."

Donald Trump was right when he gave that infamous speech declaring that he could "shoot somebody" in broad daylight without losing voters. In the right-wing imagination, Democrats do evil things, even commit murder, on a regular basis and get away with it. So too many conservatives have convinced themselves that it's only fair to let Trump get away with similar things, even though the bad things he's doing are all too real and not from the realm of fevered conspiracy theory.