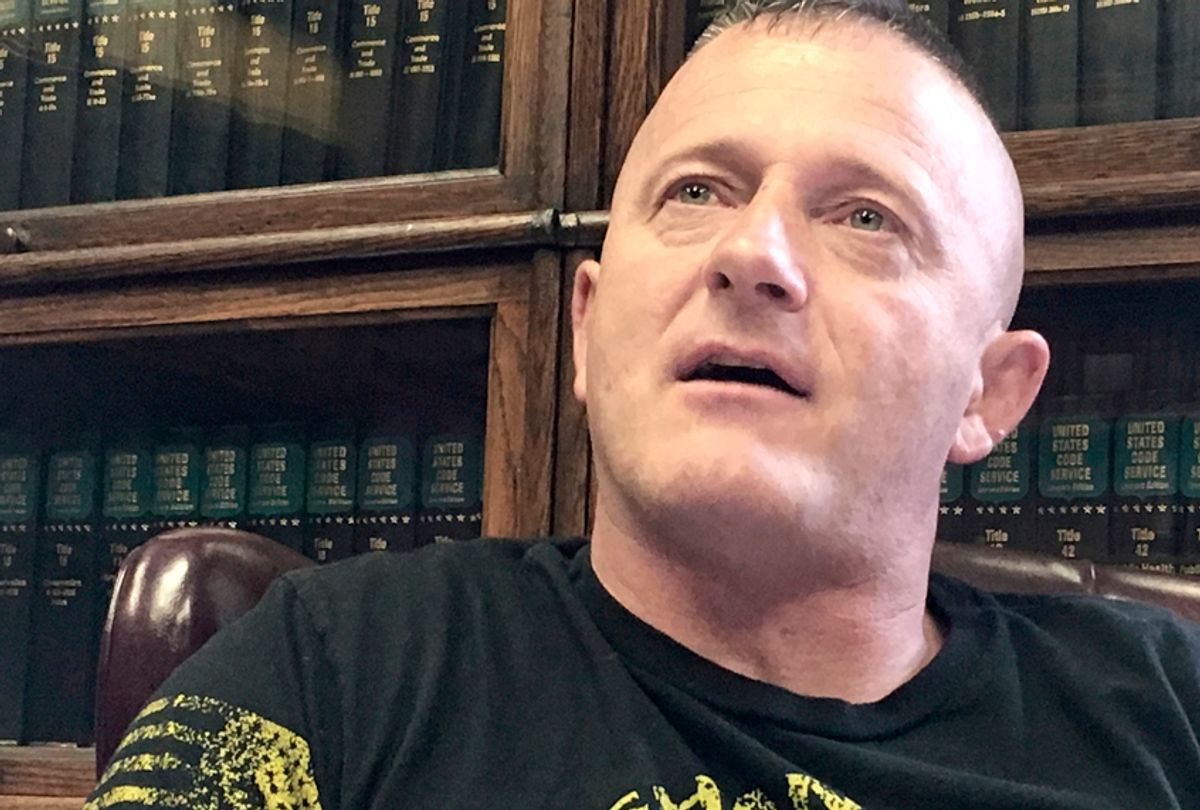 West Virginia's 3rd congressional district is among the most conservative in the nation, but a new poll shows Democrats are making this year's race very competitive.

The district had been represented by Rep. Evan Jenkins, a former Democrat himself, who vacated the seat to stage an unsuccessful campaign for the Republican Senate nomination. (State Attorney General Patrick Morrisey won the Republican primary, and will face incumbent Democratic Sen. Joe Manchin next month.) Now, two polls show split results in the race to replace Jenkins, which pits Democratic state Sen. Richard Ojeda, a retired Army officer, against Republican Carol Miller, a member of the state House of Delegates.

The race should be a lock for the GOP, given that Donald Trump won West Virginia's 3rd district by 49 points in 2016. FiveThirtyEight rates the district 37 percent more conservative than the country as a whole. But Ojeda is no stranger to converting Trump supporters: He won his state Senate election by 18 points, in a district Trump carried by 59.

With polls showing widely differing snapshots of the race, election forecasters are rating the race “Lean Republican” or “Toss-Up,” though FiveThirtyEight's models (which lean hard on "fundamentals" such as voter registration and the district's track record) give Miller a 60 to 90 percent chance of winning.

If Ojeda is able to pull off the win -- which is certainly possible given that the district was represented by Democratic Rep. Nick Rahall for 38 years, until 2015 -- it would be the biggest “crossover” party flip in at least 20 years, notes FiveThirtyEight. The largest flip to date was Democrat Nick Lampson's 2006 win in a Republican +29 district in Texas to replace former House Majority Leader Tom DeLay, who had been forced to resign amid the Jack Abramoff lobbying scandal.

Democrats have already gotten a taste of winning in Trump Country. Along with a stunning win in the Alabama special Senate election that saw a Democrat win a statewide election there for the first time in 25 years, the party also won a special election in Pennsylvania's 18th congressional district.

Conor Lamb, a former Marine and federal prosecutor, defeated state House member Rick Saccone, who received a lot of backing from Trump in a district the president carried  by nearly 20 points in 2016. The district had been represented by Republican Rep. Tim Murphy since 2003, until the anti-abortion lawmaker was forced to resign when it was revealed he had had an extramarital affair and pressured his lover into having an abortion.

Lamb is now running again in the state's newly-created 17th congressional district, drawn after Pennsylvania's gerrymandered map was ruled unconstitutional by the state Supreme Court. He is facing fellow incumbent Rep. Keith Rothfus, a Republican currently representing the state's 12th congressional district. The new district is not as pro-Trump as the old 18th, with about a 2.5-percent Trump lean, but a Monmouth poll shows Lamb leading by a whopping 12 points, even though Rothfus won his previous re-election bid by 24 percent.