Watch a pro-Trump network call the Alabama election for Moore, "by a large margin" 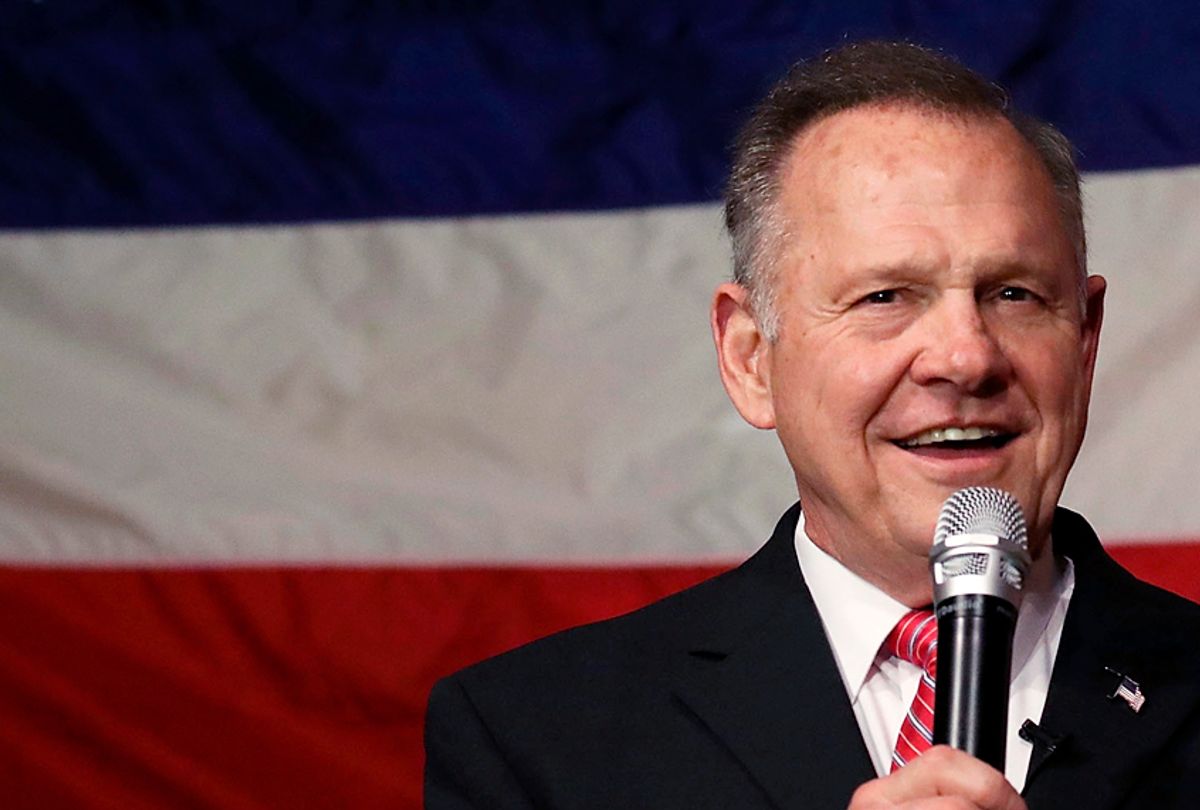 The senate victory of Doug Jones over Roy Moore in Alabama Tuesday night was close, but by 11 P.M., almost all news outlets had called the election for the Democrat. Almost all, that is, except for One America News Network (OANN).

On election night, OANN incorrectly announced that Moore won the race during its broadcast, attributed their declaration it its own "unofficial polling." Joe Levine, media editor of The Wrap, tweeted a clip of the broadcast Thursday, and it's pretty magnificent.

In the clip, an OANN anchor says: "We have some breaking news for you that we want to announce. Our unofficial polling shows Senate candidate Roy Moore sweeping the election right now in Alabama by a large margin."

"Despite attacks from democrats about unverified allegations from nearly 40-years ago," the article said referring to numerous accusations of sexual misconduct against the Republican candidate, "Moore will keep the seat red and republicans will maintain a 52 to 48 majority in the Senate." The article says Moore will fill attorney general Jeff Sessions vacant seat and begin his duties come January.

The network, founded in 2013 by millionaire Robert Herring Sr., is definitively pro-Trump, and according to the Washington Post "promises 'straight news, no opinion,' promoting itself as the antidote to the Big Three cable news networks' focus on punditry and the one big story of the moment."

"The group wants to bring attention to the problem of mass migration," the anchor said. "Generation Identity says mass migration and Sharia law contradict traditional European values of Christianity and individual freedom. The group links the rise in terror attacks to the influx of Muslim migrants who refuse to adapt to European law and traditions."

By the by, Roy Moore, who lost the election in the dimension the rest of us live in, has still not conceded.