In "Pride and Prejudice" and other books, Austen combined fairy-tale romance with biting critiques of patriarchy 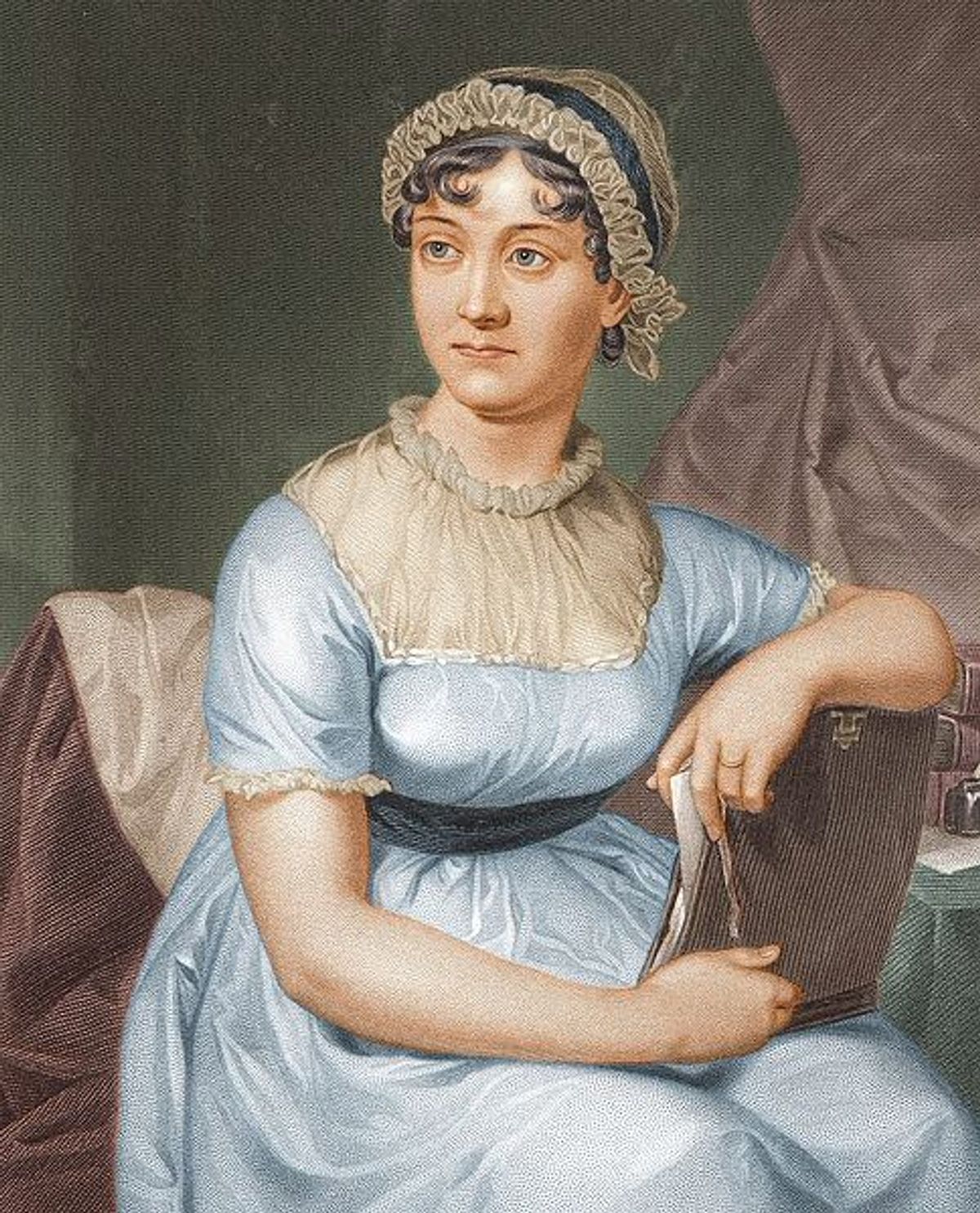 Jane Austen is not an obvious ally of today’s feminist movement. All six of her novels are now more than two centuries old. All six centre on a tale of provincial domesticity and romantic courtship. And all six are full of twists and witty turns that move inexorably toward a gratifyingly happy ending.

Yet below their glittering surfaces and rose-coloured tales of well-matched couples falling deeply in love, Austen’s novels vigorously critique the patriarchal structures of her day. They bristle with anger and a deep sense of injustice. Many of her plots and sub-plots about men and power — and women’s resilience in the face of that power — sound like stories we are hearing today.

Austen wrote in the early 1800s, when life for most women involved submerging their individual identities in their responsibilities as daughters, wives and mothers. Women were considered politically, economically, socially and artistically subordinate to men. It was a life that condemned many women to half-lives of humiliation, loneliness and abuse.

Mr. Darcy’s first marriage proposal to Elizabeth Bennet in "Pride and Prejudice" (1813) is the most famous moment in Austen’s most famous novel. It is also the most telling example of Austen’s remarkable ability to combine wish fulfilment with social realism, and fairy-tale romance with biting cultural critique.

On one level, the scene between the two would-be lovers is a world removed from harrowing accounts of sexual harassment and assault. Darcy is proposing marriage to Elizabeth, not sex, and in his eyes at least, it is a very romantic offer.

He knows that her social standing is far below his own, and that in asking for her hand he is going against the wishes of his family and his own better judgment. But, as he patiently and politely explains, his love for her has overpowered him, and he wants her to become his wife.

On a more fundamental level, though, the exchange between the two is full of irony and dark anxieties.

Darcy is a wealthy and well-connected man who enjoys great freedom, and who moves assertively through a world of elegance and opportunity. Elizabeth is a younger and much more vulnerable woman who can already see poverty and spinsterhood out of the corner of her eye, and who can only obtain a place in the higher echelons of society through marriage to a man like Darcy.

The stark power imbalance between them fills Darcy with certainty that Elizabeth will be delighted to learn that she has been singled out by a man of his influence and social standing, and that she will eagerly consent to the match. To be sure, as he outlines his plans for their future, he expresses his “hope” that she will accept him.

But this is an empty gesture. Elizabeth “could easily see that he had no doubt of a favourable answer. He spoke of apprehension and anxiety, but his countenance expressed real security.”

When Darcy concludes his offer and Elizabeth is finally given the chance to speak, she rejects him with an eloquence and a decisiveness that make her among the most admired women in English fiction. Her character gives passionate expression to the anger she (and Austen) felt at patriarchal presumption and authority.

Darcy is utterly confounded by her refusal, but what Elizabeth objects to in his behaviour is what millions of women from her day to ours have objected to. Operating from a position of much greater social and financial power, Darcy wants Elizabeth to agree to an arrangement that suits him, but not her. He presumes that he knows what she wants. He devalues her. He objectifies her. He pressures her.

Elizabeth is having none of this. She may be well below Darcy on the social ladder, but she towers above him in terms of her understanding of sexual politics and gender relations. Darcy expects deference and gratitude from her. She demands respect from him. They spar constantly.

Finally, she lashes out at him for his “arrogance,” his “conceit” and his “selfish disdain of the feelings of others.” No one — let alone a socially inferior woman — will have ever spoken to him in those terms.

Having imposed himself on Elizabeth, Darcy does not like it when she pushes back at him. “His complexion became pale with anger, and the disturbance of his mind was visible in every feature.”

Safely ensconced within the conventions of romance, Elizabeth does not have to worry about Darcy’s anger boiling over into violence. Indeed, after bidding her a civil farewell, his love for her quickly reasserts itself, and then steadily transforms him into a partner who is worthy of her.

Austen occupies a key position in the long continuum of modern feminist thought. As the great novelist and literary critic, Virginia Woolf, observed almost a century ago, “Austen is . . . mistress of much deeper emotion than appears upon the surface.”

Elizabeth Bennet is her most sparkling character, and she plays the lead role in one of the most compelling love stories of the last 200 years.

But she is also a woman whose bravery, anger, and intelligence enable her to expose the patriarchal assumptions of Darcy, and to refuse him because of them.

Austen’s novels contain insightful contemporary critiques of patriarchy. They also throw searching light on the ways in which those same injustices continue to inflict widespread and long-term damage now.

Ultimately, Austen is about love and mutual respect. Her life was diminished by the same patriarchal structures that damaged the lives of so many women in her era, and far beyond. But Austen can inspire us now because she fought back in her life — and especially in her art.