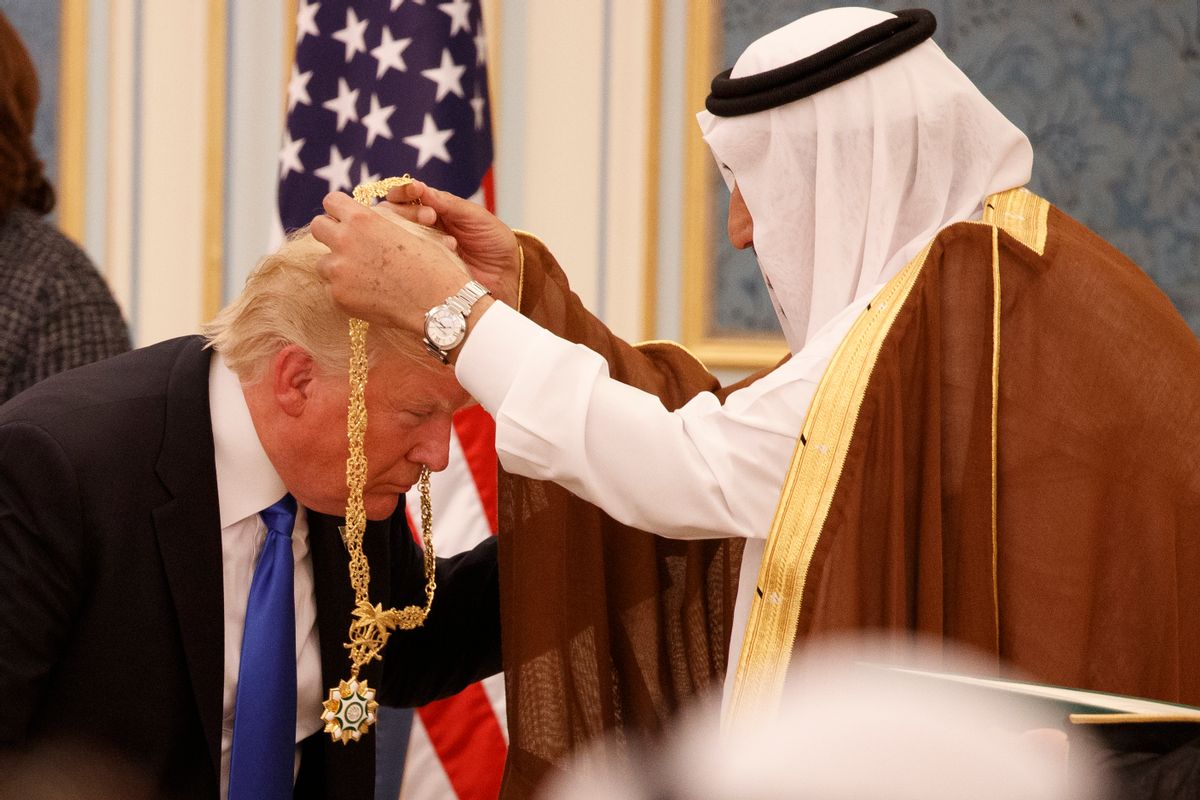 Saudi Arabia has been benefiting greatly from President Donald Trump's reign in the White House, receiving a massive amount of arms to be used in the brutal war it has waged in Yemen, killing thousands and triggering a massive humanitarian crisis.

With the disappearance of Washington Post reporter Jamal Khashoggi — reportedly murdered by the Saudi government in Turkey — the U.S.-Saudi relationship is once again in the spotlight, raising questions about the arms deal. But President Donal Trump's professional relationship with the monarchy is also raising some troubling questions as well, as MSNBC's Rachel Maddow argued Thursday night.

Following up on the Washington Post report detailing Trump many business ties to Saudi — many of which remain obscure — Maddow noted that the conflict of interests these relationships create is deeply troubling and unprecedented.

She added: "And so, now we don't really know what the motivation is for the president's actions toward a place like Saudi, which is also paying him."