"He doesn't give a damn": MSNBC's Morning Joe slams Trump for putting his wealth over U.S. security 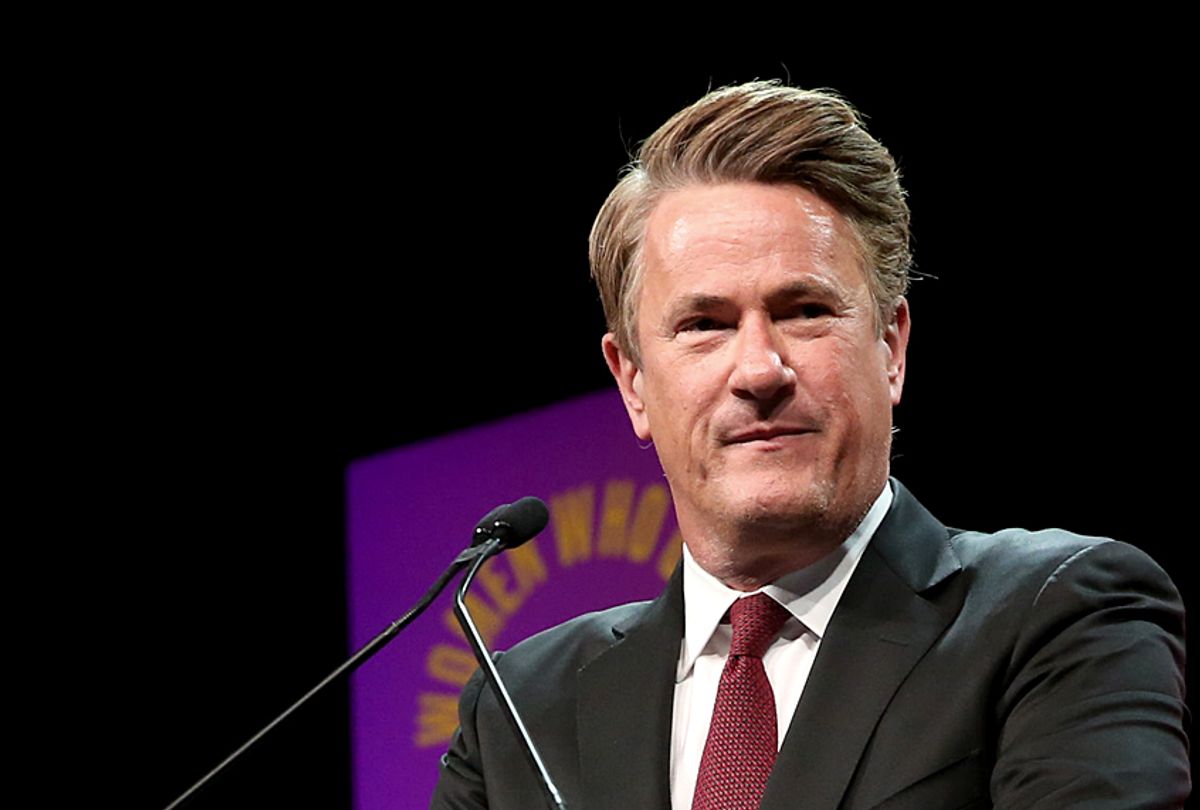 MSNBC’s Joe Scarborough bashed President Donald Trump for unapologetically placing his personal financial interests over U.S. sovereignty — and he said the apparent murder of journalist Jamal Khashoggi was one of the clearest examples yet.

The “Morning Joe” host said Trump’s apparent disinterest in punishing Saudi Arabia for the alleged killing of the U.S. resident was directly related to the royal family’s investment in his family business.

“We have a president who doesn’t give a damn about what is in the best interest of this country and our values,” Scarborough said. “He cares about the bottom line.”

Trump has consistently given a free pass to three authoritarian countries — the Philippines, Russia and Saudi Arabia — and Scarborough said the president’s motives were transparent.

“Guess what? There’s a Trump Tower in Manila,” Scarborough said. “Donald Trump and Ivanka always bragged about it. There were pictures all over the Philippines, Manila — so that explains the Philippines, nothing else would.”

“Russia, you’ve got — both of the boys saying they get most of their money, or a lot of their money, from Russia,” Scarborough continued. “Donald Trump sending Michael Cohen over to try to start a Trump Tower in Russia. It’s been an obsession with Donald Trump, getting Russian money has been an obsession with Donald Trump since the 1980s, suckered into shaking the hands of a Mikhail Gorbachev impersonator. He’s made a fool of himself time and time again.”

“Now Saudi Arabia,” he added. “Bragging in 2015 to everybody wearing those caps that Kanye West is wearing now that he makes $40 million, $50 million from the Saudis, he loves the Saudis.”

Scarborough said the president was abusing his office to benefit his family’s fortune, and he said Trump had suckered his supporters.

He said the president was willing to let the Saudis get away with murdering and hacking up a Washington Post columnist if they continued showering his real estate and hotel businesses with money.

Co-host Mika Brzezinski said she was chilled by Trump’s dismissal of Khashoggi’s murder.

“The line that stays with me is, ‘He wasn’t an American citizen, was he?'” she said. “Racist, isolationist, cruel, inhumane, un-American, all in one dog whistle. It’s incredible where we’ve come here with this president.”