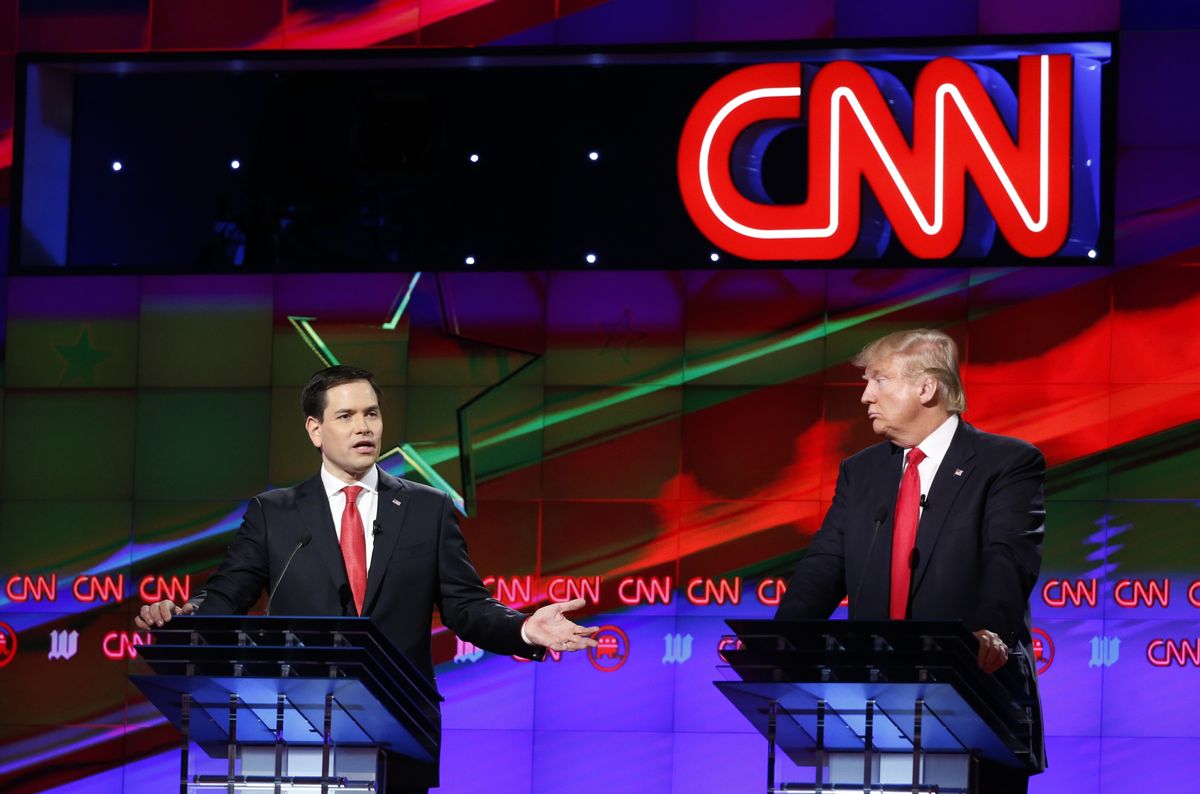 On Sunday Sen. Marco Rubio, R-Fla., told CNN's "State of the Union" host Jake Tapper that if President Donald Trump doesn't act in a strong way against Saudi Arabia's alleged assassination of a Washington Post journalist, Congress will do so anyway.

"Here's the bottom line: I believe the Trump administration will do something," Rubio told Tapper. "The president has said that. But if he doesn't, Congress will. That I can tell you with 100% certainty. With almost full unanimity, across the board, Republicans and Democrats. There will be a very strong congressional response if in fact the Saudis lured him into that consulate, murdered him, cut up his body and disposed of it. There is going to be a very strong congressional response."

Earlier in the interview, Rubio defended Trump for not providing specifics about how he might respond to the incidents surrounding the death of journalist Jamal Khashoggi, who was last seen going into the Saudi Arabian consulate in the Turkish capital of Istanbul. Khashoggi is now believed to be dead.

"I'm glad he didn't offer any specifics, because that's something that should be thought through carefully. But there needs to be a strong response if in fact this proves to be true," Rubio told Tapper. "If they lured this man into that consulate, they went medieval on him, and he was killed and he was chopped up and they sent a death crew down there to kill him and do all this, that'd be an outrage."

He also indirectly addressed the arguments made by Trump that Saudi Arabia's support for the United States is important because of their mutual efforts to address Iranian imperialism.

"Just because they're an ally in an important mission, which is containing Iranian expansion in the region, cannot allow us to overlook or walk away from that. It undermines our ability to stand for morality and human rights all over the world. How can we criticize Putin for killing journalists if we're prepared to allow an ally to do the same?" Rubio explained to Tapper. Although he did not elaborate on measures that he believed should be taken against Saudi Arabia, he mentioned that Congress had asked for the Magnitsky Act to be applied to the individuals responsible for Khashoggi's death so that they would suffer from sanctions. The Florida lawmaker also said, in response to a question about whether Treasury Secretary Steven Mnuchin should still go to an investment conference in the Saudi capital of Riyadh (Mnuchin says he still plans on going), that he did not believe that the Trump administration "should continue with business as usual until we know exactly what's happened here."

Rubio also had strong words for Trump's refusal to cancel arms sales to Saudi Arabia as punishment for Khashoggi's death.

"As far as arms sales, I would not have said it the way the president said it," Rubio told Tapper. "Arms sales are important not because of the money, but because it also provides leverage over their future behavior. They'll need our spare parts, they'll need our training. And those are things we can use to influence their behavior. But I would not taking cutting that off off the table. Every option needs to be there in a response."

Saudi Arabia's government has already said that if America responds with "severe punishment" like economic sanctions, they will retaliate "with a larger action," according to The Wall Street Journal.