"Most people [would] step down, because it’s not a good look," Maddow said 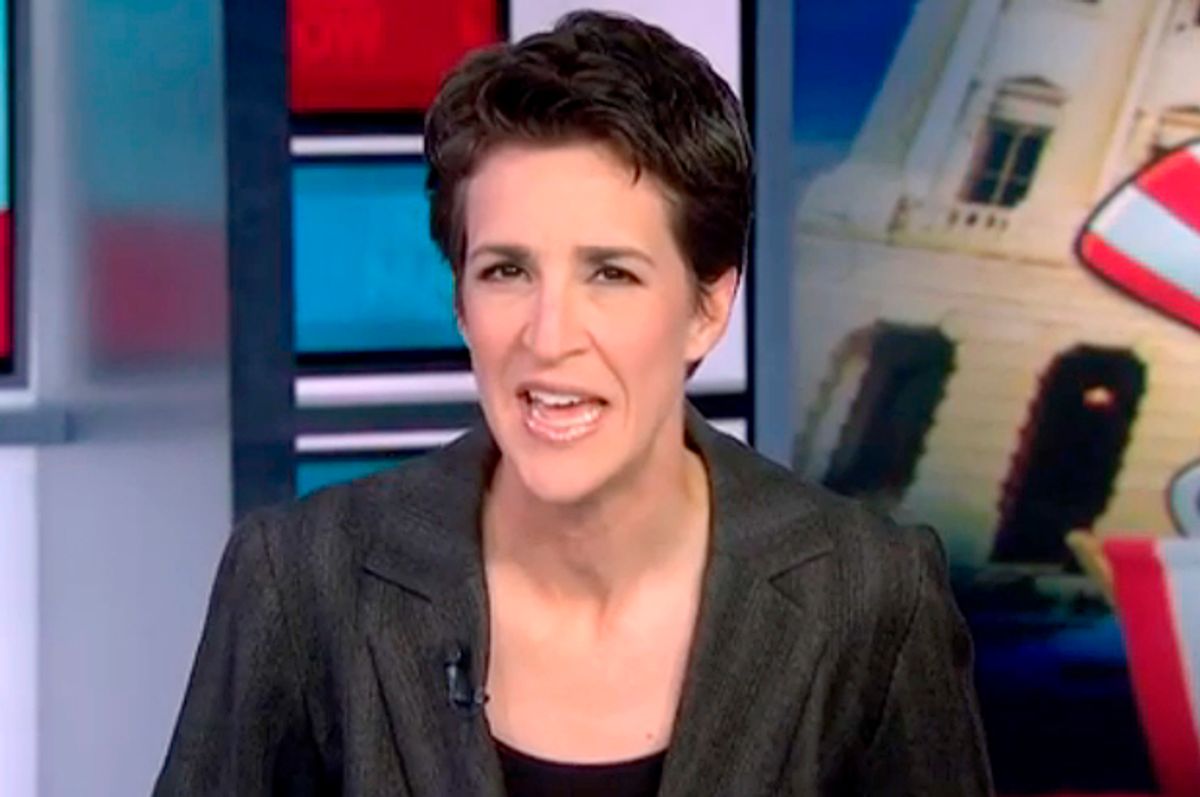 MSNBC’s Rachel Maddow slammed the chief elections officer in the state of Georgia for engaging in what appears to be racially driven voter suppression — while he is running against the first black woman to be a major party nominee for governor in American history.

As Maddow noted, past chief elections officers in Georgia have stepped down when running for governor. But Georgia Secretary of State Brian Kemp is staying in office while running for the state’s top office. Kemp is facing Democratic Party nominee Stacey Abrams.

Georgia’s hardline conservative Secretary of State has been kind of a pioneer in ways to make voting harder in Georgia, his office has been really gung-ho about canceling people’s voter registrations in that state,” she explained.

“His office canceled over 600,000 voter registrations last year alone,” Maddow noted. “Think about that, 600,000 people who thought they were registered, he canceled them.”

“That means he’s now in charge of an election — in which he’s running at the top of the ticket,” she summarized. “What could possibly go wrong?”

Maddow noted a new Associated Press report revealed that 53,000 voter registration applications are sitting in a drawer in Kemp’s office, on indefinite hold.

“An analysis of the records obtained by The Associated Press reveals racial disparity in the process. Georgia’s population is approximately 32 percent black, according to the U.S. Census, but the list of voter registrations on hold with Kemp’s office is nearly 70 percent black,” the AP noted.

“So it’s affecting black Georgians at more than double the rate of their prevalence in the population,” she observed. “Again, these are people who have filled out the application, who are trying to be registered to vote, many of these people may not even know that their effort was not successful.”

“The Democratic candidate, Stacey Abrams, the first black woman major party nominee for governor in American history, her campaign strategy explicitly depends on turning out black voters and registering new voters,” Maddow explained. “And her opponent, Brian Kemp, is the Republican Secretary of State who is holding up 53,000 voter applications in his office.”

“You know, past Georgia Secretaries of State who run for governor have stepped down in order to run, because it’s a bad look to be in charge of the integrity of your own election,” she reminded.

“Honestly, this is outrageous enough it seems almost impossible that the courts will allow this to stay,” she predicted.