John Oliver is not having it with these news anchors 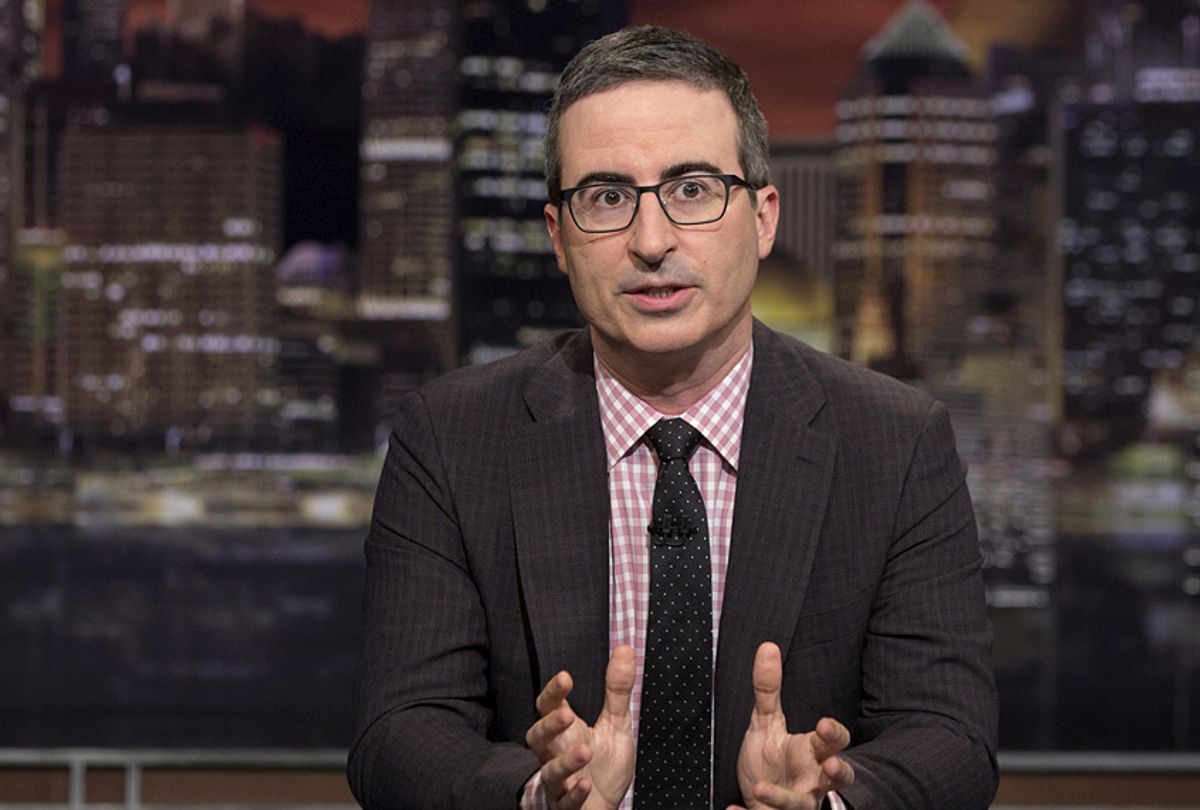 It was recently announced that Instagram founders were leaving the company to explore other creative crafts. Oddly enough, HBO’s John Oliver noticed that news anchors seem to be eagerly pitching their Instagram channels. That prompted him to actually look at the channels and what he saw was powerfully disturbing.

He discussed the CNN anchors like Brooke Baldwin and Anderson Cooper, who love posting photos of their dogs. CBS’s John Dickerson, however, looks like a serial killer posing for a selfie with his pup, Oliver said.

Then there’s MSNBC’s Mika Brzezinski and her need to pick up her pigs, which leave them “shrieking like a banshee after stubbing a toe.”

Oliver confessed he understands the mistake because everyone has had the experience going to pick up their pig and it starts screaming. “The key is, you learn your lesson from it and you never, ever do it again.”

Sadly, however, she did.

“What are you doing, Mika?!” Oliver shouted. “For a start, that’s not how gifts work. A: they’re silent and B: they tend not to be big on the pig torture.”

When it came to CNN’s Chris Cuomo, however, Oliver noted how his constant work-out videos make him feel inadequate. The host flipped through a series of videos of Cuomo explaining stuff using a whiteboard and the worst Pictionary entries since Jackson Pollock tried to play the game with Picasso. He then finished with a video of Cuomo doing full-body push-ups while in a hand-stand.

Cuomo’s hashtag that he’s using to brand his show is #LetsGetAfter it, but Oliver is far too exhausted and overwhelmed to get after anything. So, he’s encouraging folks to post their own photos to Instagram not getting after things. He posted a video of himself getting winded after going up a few stairs, needing help opening a jar and a video of him not picking up a pig.