Soccer players are workers too. And in Guatemala, they just went on strike

Players can face difficult labor conditions, including contact violations, intimidation and overt racism from fans 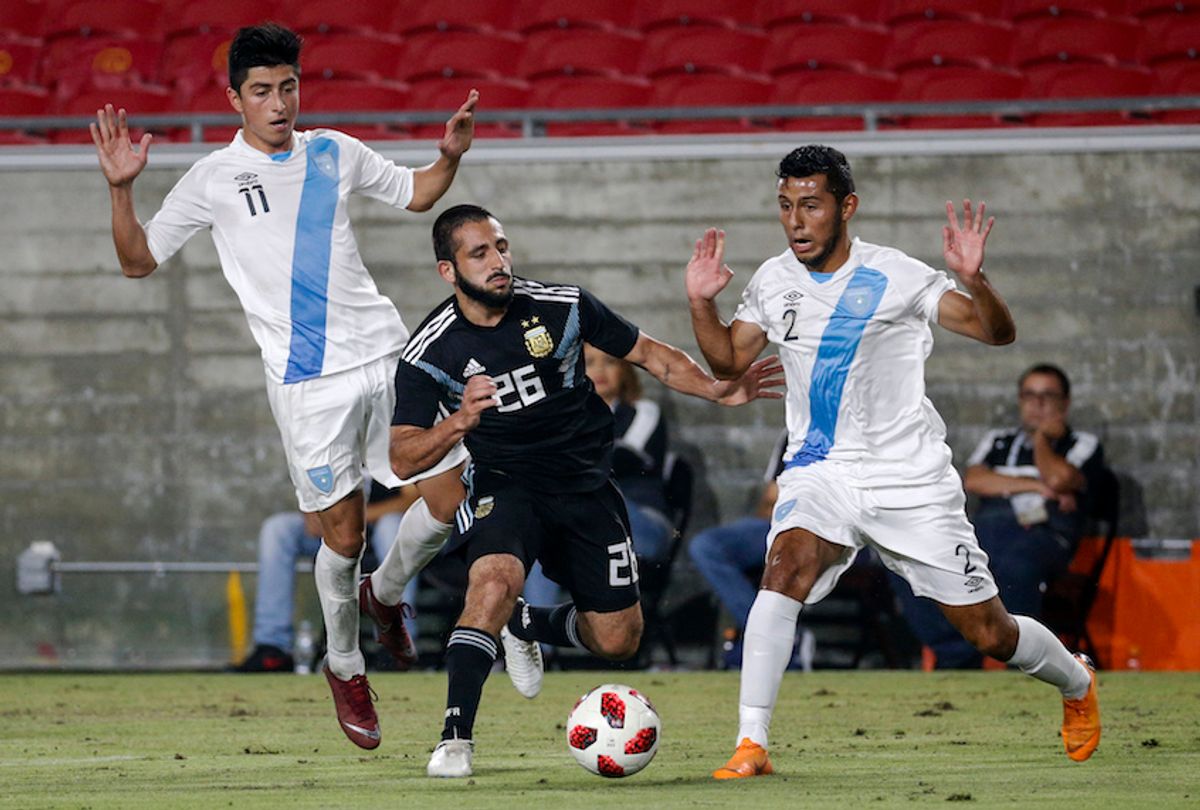 Across Latin America, soccer is like a religion for many. Each weekend, fans cram into stadiums to cheer on their teams. Eduardo Galeano, the renowned Uruguayan author and outspoken fan of soccer who passed away in 2015, once declared that soccer was “the only religion without atheists."

The Central American country of Guatemala is no different.

Yet in spite of the special place that soccer has in Latin America and Guatemala, the players can face difficult labor conditions, including contact violations, intimidation and overt racism from fans.

Faced with this situation, roughly 250 members of the Professional Soccer Players of Guatemala Union (Sindicato de Futbolistas Profesionales de Guatemala, or SIFUPGUA) announced on September 21 that they were going on strike from playing matches. The strike lasted until September 24, taking place as the National League entered week 10 of matches.

“The professional players were sending the message that they are united and that they would not play until the league responds to their demands,” Carlos Figueroa, a former soccer player in the Guatemala National League and current general secretary of SIFUPGUA, told In These Times.

“We have years of soliciting the clubs and the league to improve working conditions, but we have never received any responses. We have been ignored by the league and club owners,” Figueroa said. “There have been cases where players have been hit with excessive sanctions, other players who were poorly treated, and players who were insulted with racist terms in a stadium. This rose the indignation of players and we took the means to be heard.”

Following a match in Antigua Guatemala in August 2018, Fredy Thompson, a midfielder for the team Antigua FC and member of the Guatemalan National team, made a series of remarks criticizing the Guatemalan Soccer league and its leadership, referring to them as a “mafia.” In response, the league sanctioned Thompson a fine of 10,000 Quetzales (roughly 1,333 dollars U.S. dollars) and suspended from playing for 6 months.

“It was wrong that Thompson criticized the league,” said Figueroa. “But the sanction was excessive.”

Thompson later apologized for the comments.

The next incident occurred Days later, during week 8 of the 22-week season. In protest, Marvin Ávila, a midfielder with Siquinalá FC and member of the Guatemalan National team, picked up the ball abruptly stopping the match against Malacateco FC on September 9 during the 70th minute of the match. Ávila, who is of African decent, had received racist remarks throughout the match from the fans of Malacateco. Upon stopping the match, the other players from both Siquinalá FC and Malacateco FC stood in solidarity with Ávila.

The strike did little to deter clubs from continuing the weekend matches. According to Figueroa, clubs brought players from the youth leagues in to break the strike and continue with week 10.

Negotiations with the League

The strike, which lasted only a few days, generated a national debate in the national media and on social media. Some took to social media to praise the action, but many others criticized players for striking.

Yet the strike successfully got the national soccer league to the negotiation table after over a year of denouncements. By September 24, the players and the 12 professional clubs had reached an agreement to improve the working conditions that players face.

“An agreement was signed with the federation [to resolve the strike],” Figueroa told In These Times. “The agreement put in place a date for the implementation of the rights of the players, the regulation of contracts, and the players will be paid monthly rather than 8 or 10 times per year.”

The players quickly obtained a dialogue between the national federation and the union to improve basic working conditions.

The strike marks the first major action that the union has takensince it was founded in April 2018 and officially recognized by the Guatemalan Ministry of Labor in November 2017. The Professional Soccer Player’s Union is a member of the International Federation of Professional Footballers (FIFPRO).

Nearly a year after its founding, the union has come to represent approximately 250 of the almost 450 professional soccer players in Guatemala.

Since its founding, the union has sought to improve conditions for players within the National League, yet the clubs and associations have showed little interest in dialoguing with the players. The most recent incidents that provoked the strike are only a few examples in a series of events of intimidation of players, poor working conditions and contract violations that players have faced in recent years.

“There was a series of violations of rights, contracts, and the players were unprotected in their work” Figueroa said. “The players want stability and a guarantees for their work.”

The union grew out of the Soccer Players Association, which had been representing soccer players since 2011. Yet the association was unable to guarantee the rights of players.

“[With the association] we were unable to obtain our objectives,” explained Figueroa. “We believed that forming a union would allow us the means to protect the rights of the players, the workers.”

“The union allows the members to negotiate with the clubs, an association does not,” explained Luis Fuentes, the national coordinator for the AFL-CIO Solidarity Center in Guatemala. “They have been negotiating with the federation and clubs for a minimum regulation of the league.”

The War on Unions

Union organizing has historically proven to be a dangerous endeavor in Guatemala. Since 2004, at least 81 union organizers and members have been killed, including three in the last two months. As a result of the violence, the International Federation of Trade Unions has declared Guatemala one of the top 10 most dangerous countries for union members and union organizing in 2017.

Companies have taken steps to evade and limit union organizing within their firms. These tactics are detailed in the SACAPA document, which was produced in November 1996 for the Wackenhut de Guatemala S.A. security company, now G4S security.

The SACAPA documents provides recommendations to derailing organizing within firms, including “infusing fear and respect” at times of organizing, as well as establishing satellite firms that can be “disposed of” if “organized.”

As a result of these efforts, union membership has taken a major hit in the two decades since the end of Guatemala’s internal armed conflict. In 1996, unions represented roughly 12 percent of workers, but this has fallen to 1.2 percent today.

Club owners and league officials have remained hostile to the union.

“The clubs have been resistance to changes,” said Figueroa. “They have placed obstacles to organizing. But we continue to push for more interaction between players and the clubs in the improvement of conditions.”

There was a brief period in Guatemalan history when union membership flourished in Guatemala following the October 1944 revolution. Laws that had barred labor unions were reformed and workers began to mobilize to form unions in industries across the country, including in the banana industry, which was owned by the U.S.-based company United Fruit Company.

After the C.I.A.-backed coup d’état against the progressive government of Jacobo Arbenz in June 1954, the new regime of General Carlos Castillo Armas quickly banned unions and accused them of supporting communism in the country.

Yet the actions of the soccer players’ union have proven that labor organizing in the face of violence still can occur in a country that is overtly hostile to trade unions.

“It is a very valiant decision that the soccer players took,” Fuentes told In These Times. “It is valiant because of the historic stigma, the attacks, and the historic repression against unions in Guatemala.”