In a last-ditch attempt to save a GOP majority, party backers cut loose Rohrabacher and several other incumbents 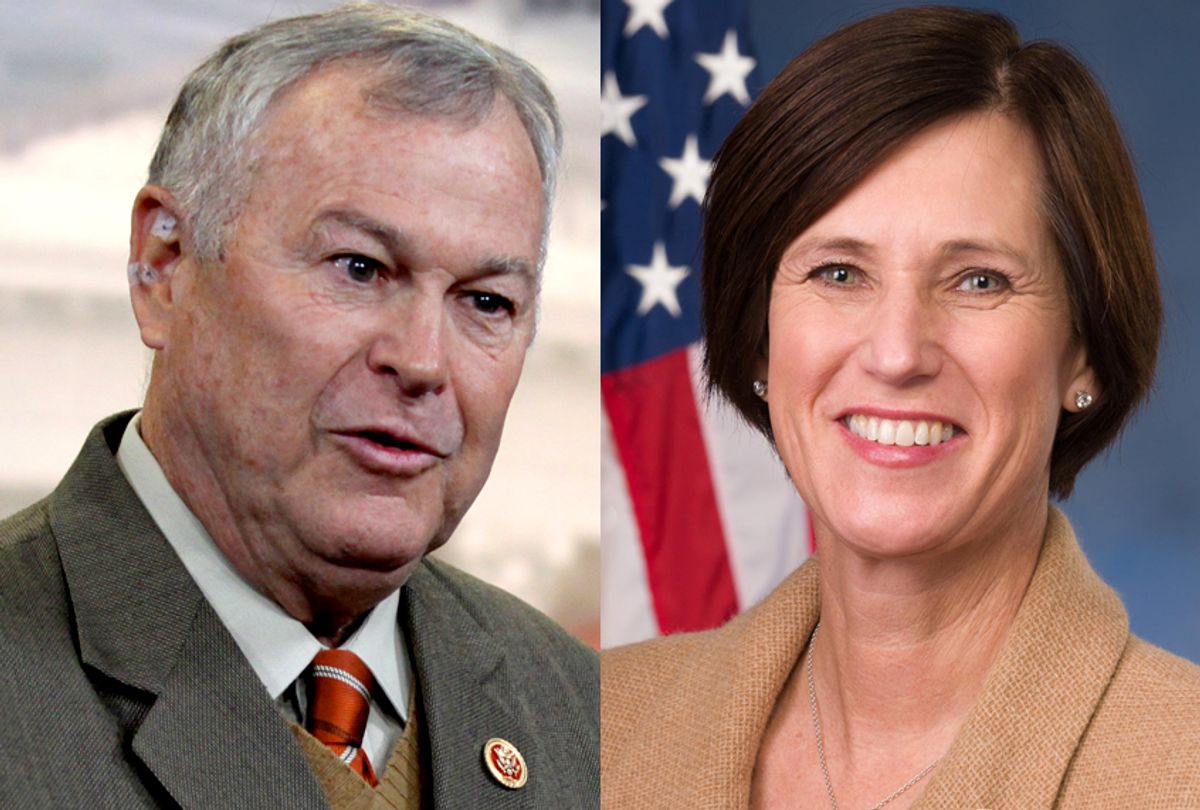 The leading Republican congressional election super PAC has announced it will no longer fund multiple vulnerable incumbents in a bid to preserve their House majority.

Rohrabacher has been in Congress since 1989, after he left the Ronald Reagan administration. Despite winning his last reelection with 58 percent of the vote, Rohrabacher is in a virtual tie with Democrat Harley Rouda. Walters, who has only served two terms, trails Democratic challenger Katie Porter despite winning her last election by 17 points. Both lawmakers represent districts in the Southern California suburbs that were carried by Hillary Clinton in 2016.

The New York Times reports that Illinois Republican Rep. Peter Roskam, who represents the state's 6th congressional district in the Chicago suburbs, may be the next to lose funding. Roskam, a six-term congressman, narrowly trails Democrat Sean Casten despite winning re-election two years ago with nearly 69 percent of the vote.

Republicans currently hold a 23-seat majority in the House. Former National Republican Congressional Committee (NRCC) Chairman Thomas Davis told the Times that the party will have to make difficult choices in the final weeks of the campaign.

The Congressional Leadership Fund's move comes after the NRCC pulled out of multiple races earlier this month.

The group canceled a $1.2 million ad buy for incumbent Kansas Rep. Kevin Yoder, who won his previous re-election by 10 points even though Clinton carried his district. Yoder trails Democrat Sharice Davids, an ex-MMA fighter who could become the first lesbian Native American in Congress.

The Congressional Leadership Fund also cut off Michigan Rep. Mike Bishop, who is in a tight race against Democrat Elissa Slotkin in the state's 8th congressional district outside Detroit. Both Donald Trump and Mitt Romney previously carried the district. The group also cut off Colorado Rep. Mike Coffman, who trails Democrat Jason Crow by 11 points in a Siena College/New York Times poll.

The money scramble shows that a number of other seats previously considered safe for Republicans are now up for grabs. Republicans are trying to shore up support for incumbent Texas Rep. Pete Sessions in the state's heavily conservative 32nd congressional district. Sessions is in a dead heat against Democrat Colin Allred despite winning his previous re-election with more than 61 percent of the vote.

Election forecaster FiveThirtyEight gives the Democrats an 84.5 percent chance of winning the House at this writing, projecting a 39-seat pickup on Election Day.