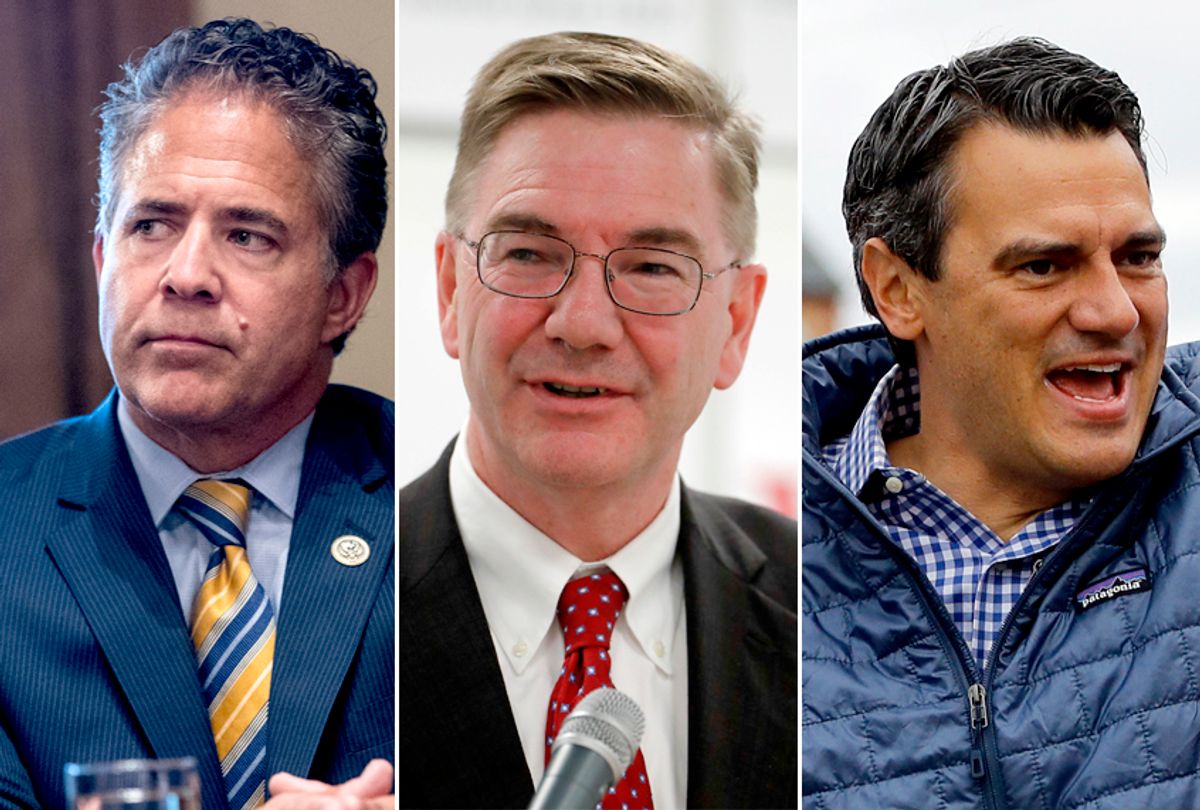 The Republican Party is cutting off money to multiple incumbent lawmakers running for re-election as polls show their races slipping away in the face of a possible Democratic “blue wave.”

The race is the second suburban district with an incumbent Republican that the NRCC has abandoned.

Days before canceling Yoder's ad buy, the NRCC canceled their ads for Pennsylvania Rep. Keith Rothfus. Rothfus is running against Rep. Conor Lamb, who narrowly won his special election against Republican Rick Saccone by just 755 votes. Rothfus, on the other hand, won re-election in 2016 by more than 20 points in 2016.

Lamb and Rothfus are running against one another this year because their previous districts were redistricted into Pennsylvania’s new 17th congressional district, as mandated by the state Supreme Court.

Politico reports that the Congressional Leadership Fund, a key Republican super PAC, is also cutting off two incumbent congressmen: Michigan Rep. Mike Bishop, who represents a Detroit-area exurban district carried by both Trump in 2016 and Mitt Romney in 2012, and Colorado Rep. Mike Coffman, whose district overwhelmingly backed Clinton. According to the report, the group scrapped a planned $3 million in ad buys for the two candidates and will instead focus its funds on “races that leaders feel confident they can win.”

GOP officials told Politico that the two candidates, who both easily won re-election in 2016, are trailing their Democratic opponents and are expected to be outspent in the final weeks of the campaign.

The NRCC, however, said it would spend an additional $600,000 in support of Coffman, and the Bishop campaign insisted that he has a slight lead over his Democratic opponent, former Obama defense official Elissa Slotkin.

Party officials expect to cut off more candidates in the final month of campaigning. Politico reports that the GOP is “increasingly pessimistic” about the reelection chances of Reps. Jason Lewis and Erik Paulsen in Minnesota, Rep. Barbara Comstock in Virginia, and Rep. Rod Blum in Iowa.

“There could be a bunch more,” a former NRCC staffer told The Hill. “If you have a race that’s just not winnable and you have limited resources, you can’t spend just to make somebody feel better.”

Republican officials privately admit that as many as a dozen of the seats the GOP currently holds are “no longer winnable,” Politico reported, half of the 23-seat majority the party is desperately trying to hold onto.

At this writing, election forecaster FiveThirtyEight gives Democrats roughly a 77 percent chance of winning control of the House this November.