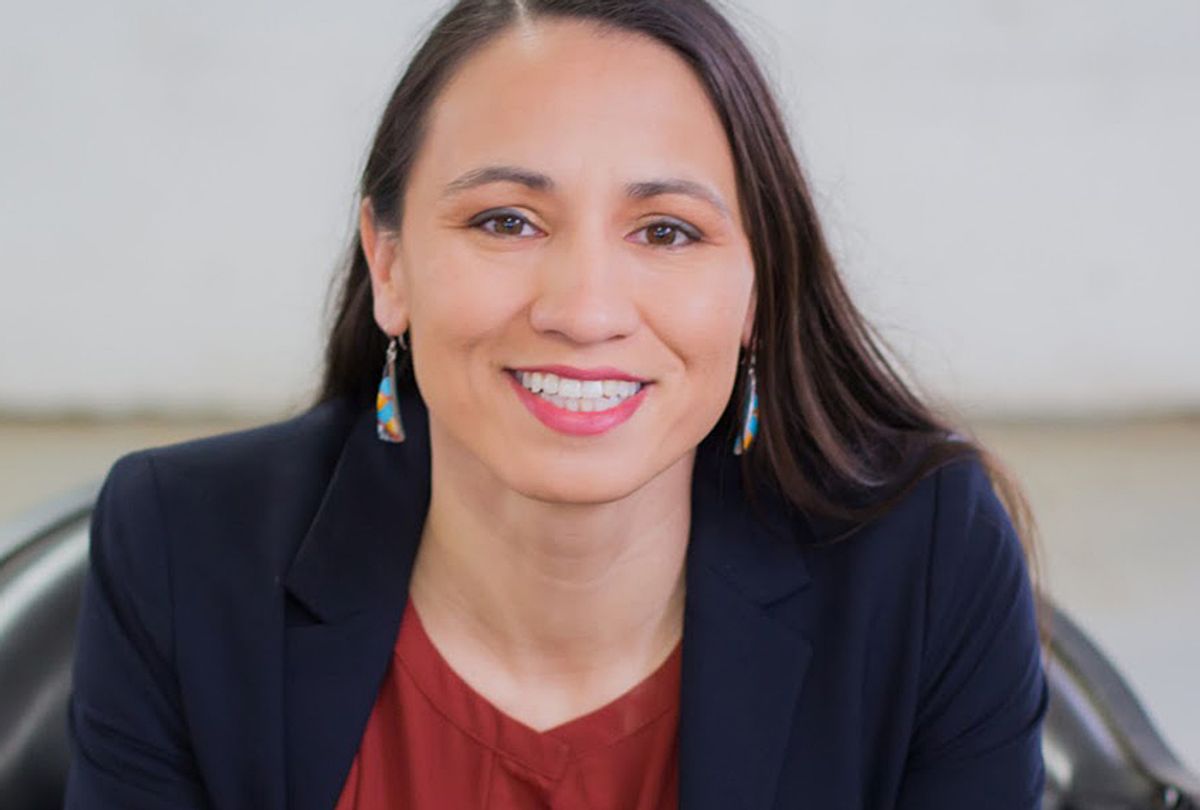 There have been many political milestones for minorities in the United States in the past decade, and soon a Native American woman may be elected to Congress for the first time in history.

Sharice Davids, a 37-year-old attorney and member of the Ho-Chunk Nation tribe, hopes to be the first. The Shawnee resident is vying for the seat in Kansas' third district occupied by four-term Republican Rep. Kevin Yoder.

The race has captured the attention of the White House in recent weeks, with President Donald Trump tweeting his support for Yoder and Vice President Mike Pence raising money for Yoder's re-election campaign. Nevertheless, the Johnson County Republican remains vulnerable in a district that Democrat Hillary Clinton won in 2016 — and one that could give the Democrats a chance at capturing a U.S. House majority in the fall.

Davids is hoping to ride the district's surge of liberal enthusiasm.

"We have so much energy around here," Davids told Salon in a phone interview Monday. "We have this electricity flowing through every event we're having, every time we canvass. It's pretty phenomenal. Things have really picked up."

Davids served as a White House fellow during the final year of President Obama's administration, where she "saw first-hand the immediate need for competent, thoughtful people to step up, take action, and get involved in government," as she explains in her campaign literature. Before her stint at the White House, Davids earned a law degree from Cornell Law School.

After urging women and people of color to seek public office, Davids decided to take her own advice. Now she's running for Congress.

She will face off in Tuesday's crowded Democratic primary against five other Democrats, including labor lawyer Brent Welder, who has the support of Sen. Bernie Sanders and Alexandria Ocasio-Cortez, the 28-year-old democratic socialist who stunned the Democratic Party last month after surprising Rep. Joe Crowley with her primary win in New York. Other candidates attempting to unseat the Republican incumbent include former tech executive Mike McCamon; high school history teacher Tom Niermann; Jay Sidie, the 2016 Democratic nominee for the seat; and banker Sylvia Williams.

When asked about how she feels about potentially being the first Native American woman elected to Congress, Davids told Salon, "It's just disbelief, like, really? We have a lot of educated Native women who are active in politics. … It feels like it's about time."

The daughter of a single mother Army veteran, Davids said she "knows the importance of hard work and service to country," in a statement.

Davids officially entered the race in Kansas on February 15, one day after the tragic shooting at Marjory Stoneman Douglas High School in Parkland, Florida. At the time, Davids told Salon that gun violence is, naturally, on her mind and she hopes to act on the issue if elected.

"Congress has done so little up to this point," she said, adding, "it's likely that I will get the opportunity to participate in some action action on gun safety" if elected. Davids said Monday that gun control is still a key issue for her and for voters in the third district.

Davids is also prepared to fight for access to quality, affordable health care. She hopes that Tuesday's primary will show the rest of the nation that Kansas "is not just this red rectangle in the middle of the country."

"There are a lot of people, particularly in the third district, who are dissatisfied with the way that we have been represented on the national stage," Davids said. "People are really looking at this election cycle as our opportunity to say, 'Hey, we're not as extreme as people might think.'"

"We certainly want people here to have the right to vote, which I think a lot of people might not realize," Davids joked, taking a jab at Kansas gubernatorial candidate Kris Kobach (R), who has waged a voter suppression crusade and recently scored an endorsement from President Trump. "The stronger our voter registration is the more likely it is for us to have a balanced representation here in Kansas," Davids added.

In June, Haaland moved closer to that milestone by clinching the Democratic nomination for a New Mexico congressional seat.

Earlier this year, Haaland told Salon she is confident in her ability to win the race. "If I'm the first, I'll be very grateful, and I will work hard to make sure that I'm not the last," she said.

Haaland's district includes Albuquerque and is solidly blue (it's rated D+7 by the Cook Partisan Voter Index) so she's likely to win in November when she faces off against Republican Janice Arnold-Jones.

A congressional victory by Davids and Haaland would be historic. While eight Native American men ran for Congress in the November 2016 election, only two currently serve in the House: Rep. Thomas Cole and Rep. Markwayne Mullin. Both men are Republicans from Oklahoma.

While the 115th U.S. Congress has been called "the most diverse in history," critics argue it still does not accurately resemble America's increasingly diverse population. According to Pew Research Center analysis, "Congress as a whole remains disproportionately white when compared with the U.S. population."