"I will do everything in my power to make sure this never, ever happens again," James said at his headquarters 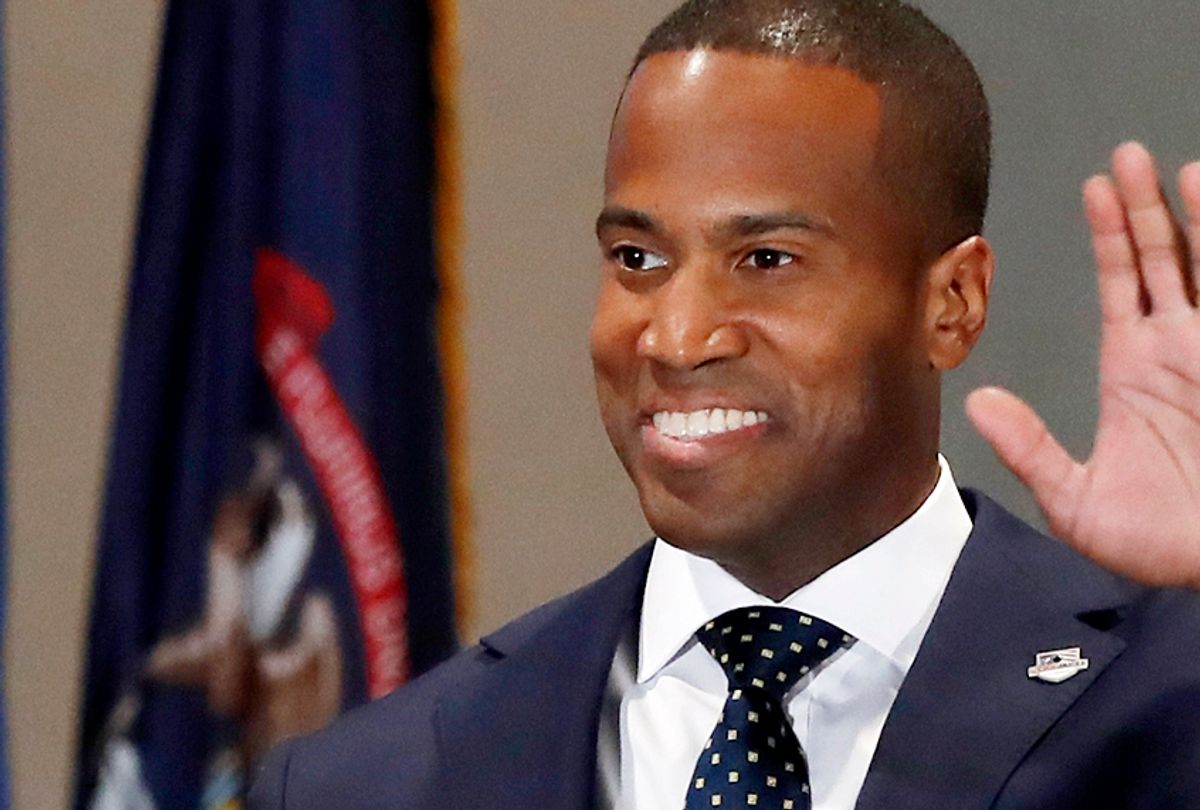 Republican U.S. Senate candidate John James said he made a "terrible error" by unintentionally showing what appears to be a swastika in his first campaign ad of the general election in Michigan.

James addressed the issue at an impromptu press conference Monday night after a debate against incumbent Democrat Debbie Stabenow. "I need to fess up and admit this was a terrible error on our part," he said at his campaign headquarters, according to the Associated Press. "We should have caught this error, and we didn’t – and there’s no excuse. I’m responsible for everything that our team does and fails to do. And I will do everything in my power to make sure this never, ever happens again."

The ad, which began airing on TV two weeks ago, includes brief footage of an empty school hallway as James talks off-screen about the state's "failing schools." In the shot, a bulletin board is full of papers, and one appears to show a printed swastika symbol. James said the scene came from stock footage, and the ad has since been pulled from YouTube, the AP reported.

Twitter users and Progress Michigan, a liberal advocacy group, highlighted the image on Monday. For Lonnie Scott, the executive director of the organization, expecting a Senate candidate to not include symbols of genocide in political ads is an incredibly low bar.

"His team is either too lazy to spot check their ads, or they’re willfully pushing out this type of imagery," he told the AP. "Either way, it’s a problem and shows James' lack of preparedness for the United States Senate."

During the press conference, James that he was not sure where the footage showing a swastika originally came from, although he was owning up to his errors. "I was taught by excellent leaders – the best of which being my mom and dad – to do the right thing even when it's hard," he said.

The Senate candudate also said that the ad was already being "phased out nationally" for a new one that centered on the lessons he learned from his father. "My dad grew up in the Jim Crow south," the new ad released on Tuesday says. "But he preserved, and he taught me faith, service and love of country."

James, a businessman and military veteran who President Donald Trump endorsed after his primary victory, has attempted to distance himself from the commander-in-chief and his poor approval ratings in Michigan. However, he previously stated that he supported Trump "2,000 percent."

"I love everyone and I denounce hatred and bigotry in all its forms," James said on Monday. "But this is also indication that our message is working."

"This is also an indication of how low people are willing to go to take a message like this and to imply that a combat veteran – somebody who would put his life on the line for American values . . . doesn't belong to one party or the other but belongs to Americans," he added.

For James, the blowback is also an indication of how Stabenow will "say and do anything to get re-elected." The candidate currently trails Stabenow by a margin of more than 16 percentage points in the latest Real Clear Politics average.