Trump can't distance himself from Republicans before the midterms 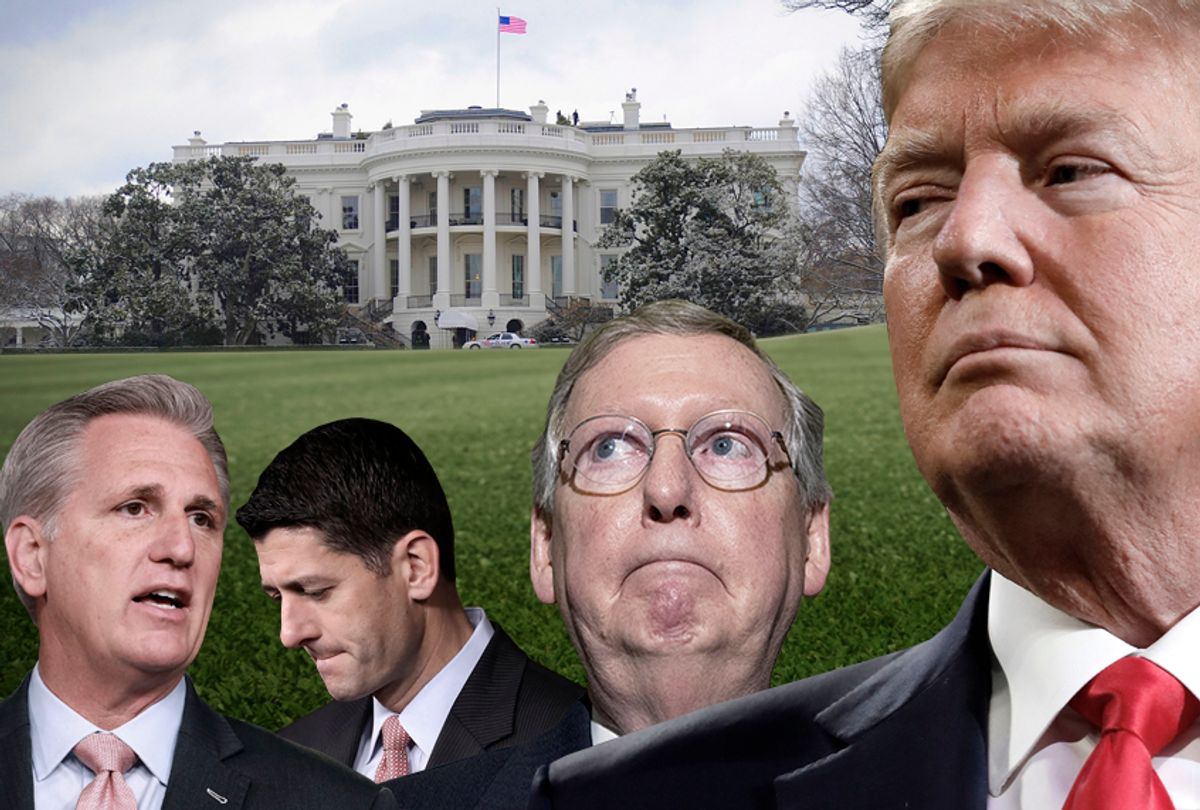 During an interview with the Associated Press on Tuesday, President Donald Trump made it clear that he won't hold himself responsible if the Republican Party suffers major losses during the 2018 midterm elections — and that he thinks the Democrats don't have any viable candidates in 2020.

"The midterms are very tough for anybody the opposite of president, for whatever reason, nobody has been able to say," Trump told the Associated Press.

He also claimed that candidates who have received his endorsement have benefited as a result.

"I think I’m helping people. Look, I’m 48 and 1 in the primaries, and actually it’s much higher than that because I endorsed a lot of people that were successful that people don’t even talk about," Trump told the Associated Press. But many of those 48, as you know, were people that had no chance, in some cases. We look at Florida, you look at Donovan in Staten Island. He was losing by 10 points, I endorsed him and he won. I could give you a long list of names. Look at Georgia governor of Georgia. And many, many races. And I will say that we have a very big impact. I don’t believe anybody’s ever had this kind of an impact. They would say that in the old days that if you got the support of a president or if you’ve got the support of somebody it would be nice to have, but it meant nothing, zero. Like literally zero. Some of the people I’ve endorsed have gone up 40 and 50 points just on the endorsement."

Trump certainly has good political reasons for wanting to claim that his political brand isn't toxic. A recent Morning Consult/Politico poll found that 56 percent of respondents believe Trump's philosophy is shared by most of the Republican Party politicians in Washington. This is an increase of 13 points from April and an increase of 23 points from August 2017. As Nathan Gonzalez, the editor and publisher of Inside Elections, told Morning Consult, "When you have so few Republicans on the Hill publicly challenging President Trump, it’s not a surprise that people start believing that he represents the broader view of the Republican Party."

Finally, the president dismissed his potential Democratic opponents in the 2020 election as "no talent" and focused on Vice President Joe Biden, who has recently emerged as the frontrunner for the nomination.

"Well, Biden ran twice and actually a lot of people think he really ran a third time, but he was so low in the polls that he never registered," Trump told the Associated Press. "But he ran twice. And I call him One Percent Joe because you know he did very poorly and then Obama took him off the trash heap and made him vice president. And in a sense he did a good job as vice president, in my opinion, because Obama liked him, and if President Obama didn’t like him, you would have been hearing about it. So in that sense, he, I think, he did actually a nice job because the president of the United States felt very comfortable about him. Like, I like my vice president very, very much. That’s an important function."