Trump told reporters, "We’re going to be asking for a 5 percent cut from every secretary today" 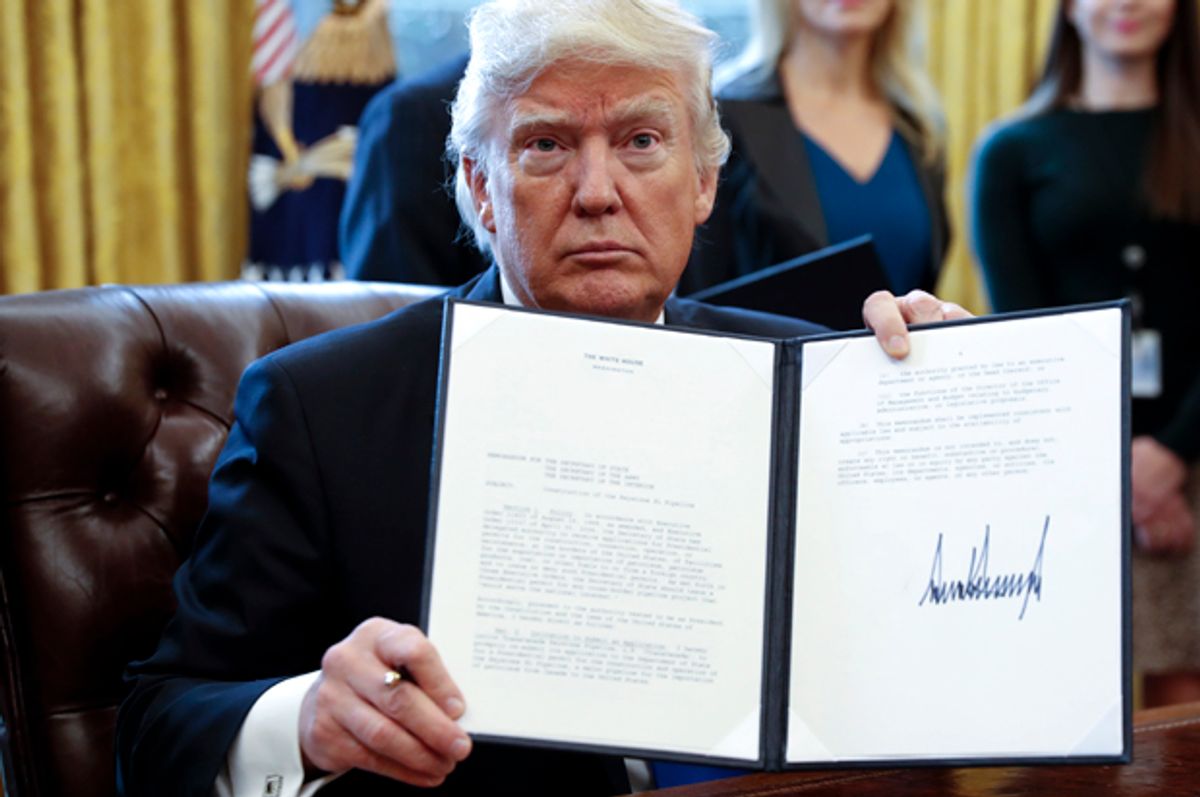 President Donald Trump told reporters on Wednesday that he is going to ask his cabinet secretaries to implement 5 percent budget cuts to their various departments.

"We’re going to be asking for a 5 percent cut from every secretary today," Trump told reporters on Wednesday, according to Bloomberg. This request was likely made in response to the news that the American budget deficit has grown to $779 billion since the fiscal year that ended on Sept. 30. This is the largest budget deficit since 2012, a major black eye for a political party that touts itself as an ostensible bastion of fiscal conservatism, as well as 0.4 percentage point increase in the deficit's composition of the nation's total economic output (3.9 percent in fiscal 2018 as opposed to 3.5 percent in fiscal 2017). It also marked a 17 percent increase from the previous 12-month period (September 2016 to September 2017), one-third of which occurred during President Barack Obama's administration.

In terms of the national debt crisis, which President Donald Trump has supposedly attempted to resolve, James McBride and Jonathan Masters of the Council of Foreign Relations wrote in May that the debt crisis had not been effectively addressed during Trump's administration.

In 2017, the federal government spent nearly $4 trillion while taking in just $3.3 trillion in revenue, leaving a budget deficit of more than $600 billion. Most of the federal budget went toward entitlement programs, such as Social Security, Medicare, and Medicaid. Unlike discretionary spending, which Congress must authorize each year through the appropriations process, entitlements are mandatory spending, which is automatic unless Congress alters the underlying legislation. Roughly half of the discretionary budget went toward defense spending.

Debt held by the public—the measure of how much the government owes to outside investors—stands at $15.3 trillion. It has nearly doubled since 2007, rising from about 40 percent to nearly 80 percent of GDP. (Counting intragovernmental debt, or debts owed by one U.S. government agency to another, brings the total to more than $20 trillion, more than 120 percent of GDP.)

That said, Trump's signature tax cuts — that is, the Tax Cuts and Jobs Act of 2017 — has only worsened the budgetary crisis facing the American government.

However, despite the law’s economic benefits, the CBO projects that it will add significantly to annual budget shortfalls in the coming years. Analysts at the agency say that the law will add another roughly $1.85 trillion to the debt over the next ten years. Even more worrisome, analysts say, is a scenario in which many of the tax provisions that are set to expire by 2025, such as tax cuts for individuals, are renewed, which would pile on even more to the debt.